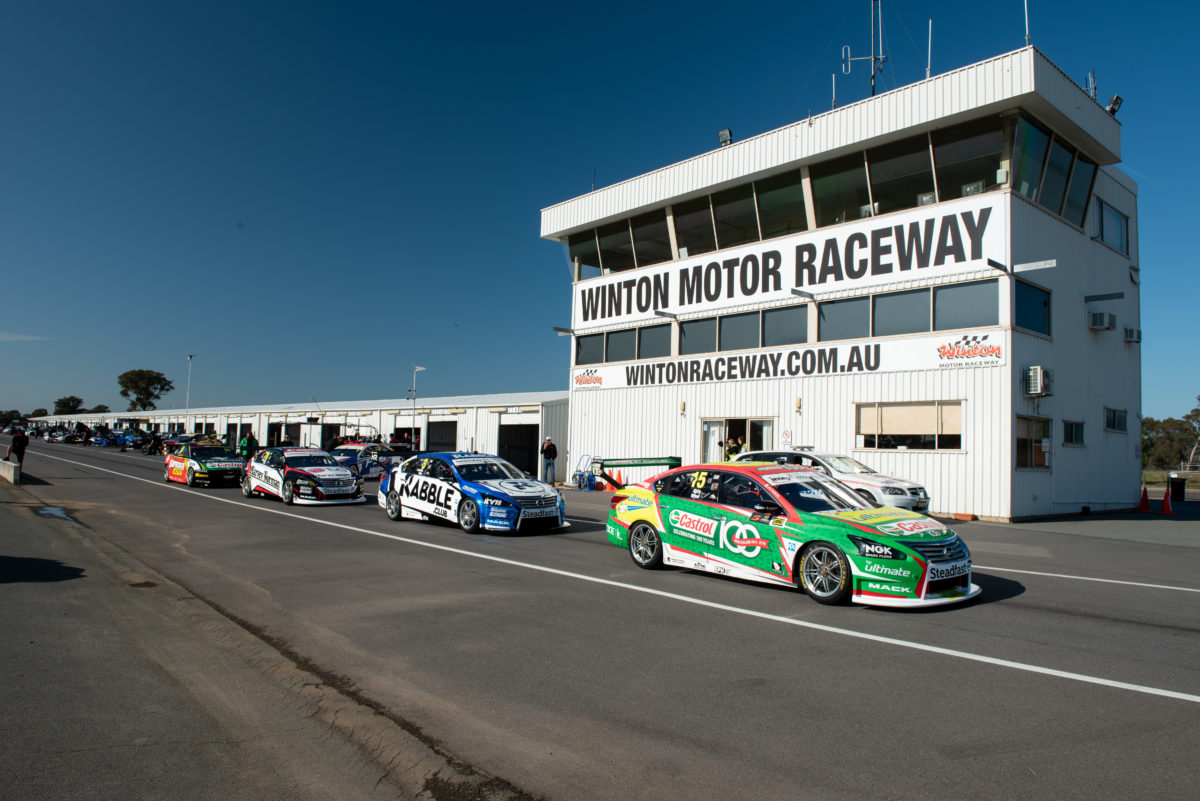 Kelly Racing placed renewed emphasis on seat time for its co-drivers during its pre-Bathurst test day at Winton on Tuesday.

The four car Nissan operation was in full force with co-drivers Dean Fiore, Bryce Fullwood, Dale Wood, and Alex Rullo all on hand.

Having had little opportunity for laps thus far in the season, and with the Supercheap Auto Bathurst 1000 the opening event of this year’s Pirtek Enduro Cup, the team was keen to give the quartet plenty of seat time.

“It’s all about the endurance preparation today (Tuesday), predominantly, so (we) spent a lot of time with the co-drivers in the cars; they probably did 65 percent of the laps, I’d reckon,” team manager Scott Sinclair told Speedcafe.com.

“Obviously Bathurst is first up, so we’re straight into it but that was the focus of the day.

“We did probably more kays than we’ve done in a while, to be honest, on the back of the co-drivers doing probably a lot more laps (than normal).

“We’ve limited their laps pretty severely, I suppose, through the year, just on the back of us trying to develop the car using our four main drivers, so our co-drivers haven’t really been exposed to the car much at all.

“Obviously we’ve shifted the focus now to make sure they’re front and centre.”

Having driven with Aaren Russell last year, Andre Heimgartner is this year paired with Fullwood.

Like Jacobson in 2018, Fullwood is driving for MW Motorsport in Super2 and the 21-year-old therefore has experience in an Altima, which Sinclair believes has helped him adapt to the main game car.

“He was on the pace quickly today and we found out with Garry (Jacobson) last year as well,” Sinclair reasoned.

“Garry was able to jump in the car a lot more easily when he teamed up with Rick (Kelly).

“He was driving the Altima last year, so absolutely, (it) makes a big difference.

“All four co-drivers today did a really good job.”

Jacobson this year is joined by Fiore, while Kelly has former full-time team-mate Wood alongside him.

Practice at Mount Panorama begins on Thursday, October 10, ahead of next Sunday’s race.