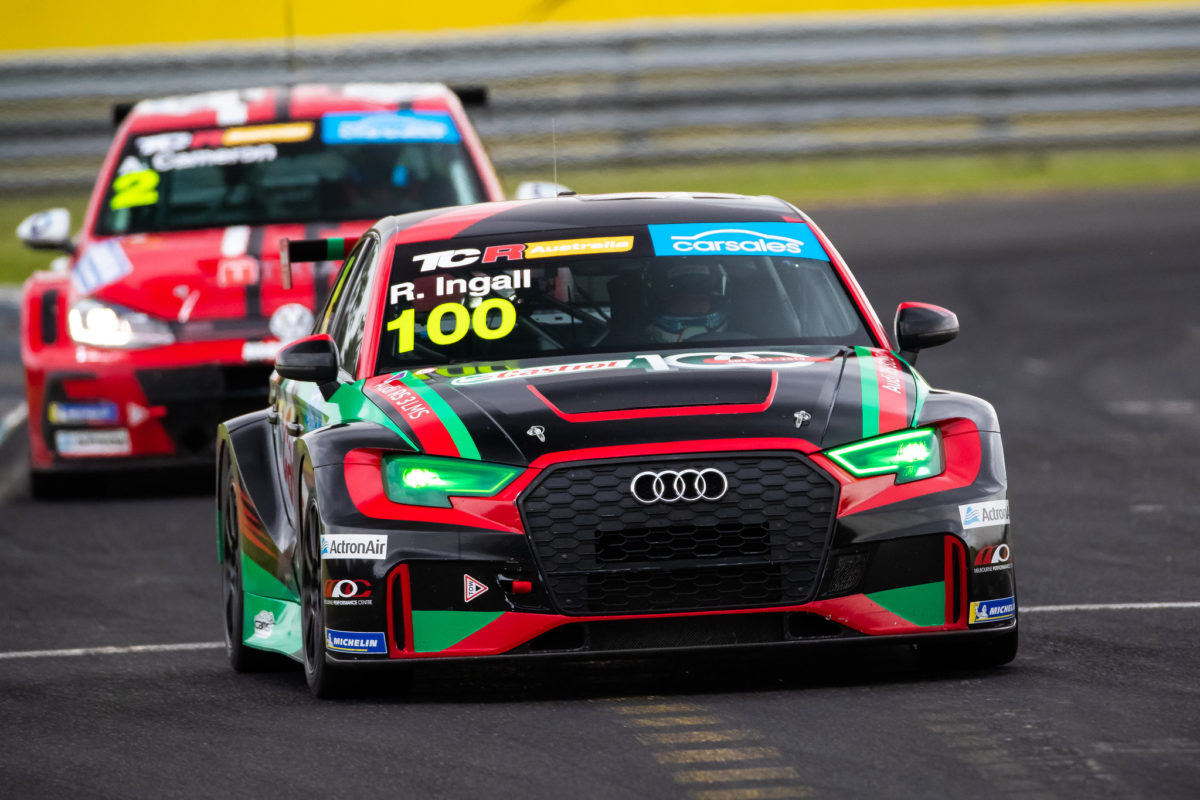 Melbourne Performance Centre has ordered a fourth Audi RS 3 TCR car and hopes to have it in Australia before the final round of the 2019 TCR Australia series.

That fleet is set to expand as strong interest in TCR has encouraged team boss Troy Russell to invest in another car as he looks ahead to 2020.

“We purchased another Audi last week,” Russell told Speedcafe.com over the Sandown weekend.

“They’ll ship it this week, we’ll just decide whether we air freight it or sea freight it.

“It would be great to air freight it, to have it here for the last round, but we’ll wait and see how that pans out.”

Russell Ingall, Garth Tander, Leanne Tander, Hamish Ribarits, and Liam McAdam have all competed aboard MPC prepared Audis in the series this year, while a number of internationals have also been flown in for specific events.

It’s helped spark strong interest in the category following its maiden season, with Russell hoping for bigger and better things in 2020.

“That’s why we jumped in and bought another car.

“Obviously there’s a Cupra that’s arrived a couple of weeks ago as well, which is part of the VAG (Volkswagen Audi Group).

“It’s good to have a Cupra, they’re looking for another one as well so hopefully we’ll end up with another Cupra in the country as well by the end of the year.”

MPC is VAG’s Australian agent and although it is currently running three Golfs, it’s unclear whether that situation will continue into 2020.

The team was already running a Golf of its own before taking over fielding the two owned by Jason Bright and previously run by Matt Stone Racing in the buildup to Sandown, with Russell driving to Sydney to collect them.

Should MPC maintain the three Golfs for next year the team’s operation could grow to nine cars.

“(We’ve) Got them I believe for the rest of the year we’ll run them and wait and see what happens,” Russell said.

“It’s sort of good to have three Volkswagens, three Audis.

“We’ll run them separate but together, if you like – all part of one team but two separate garages.”