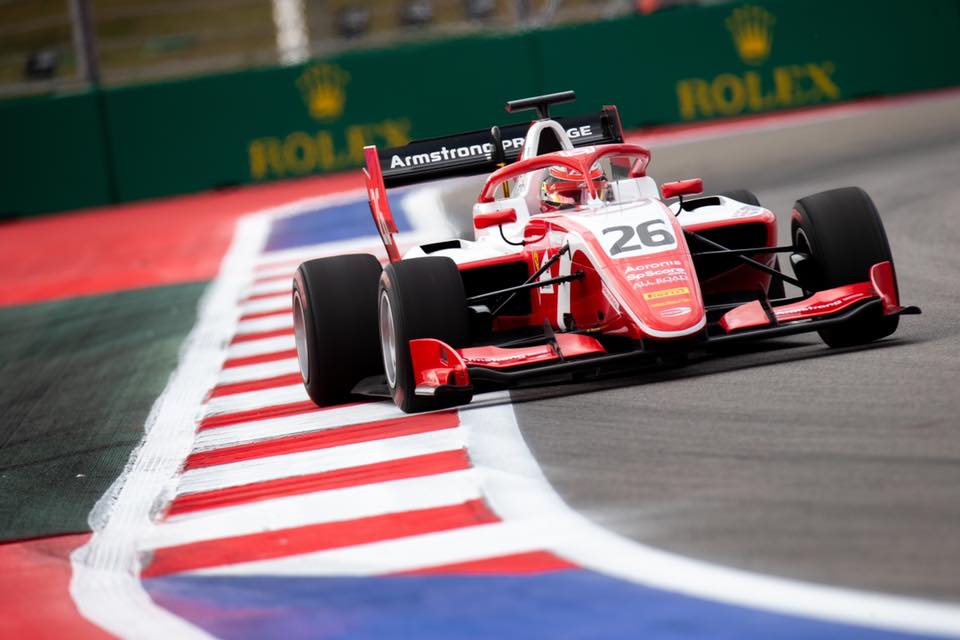 An early Safety Car bunched them up, prompting the battle which saw Armstrong win from his Prema team-mate Shwartzman and Kari.

The result saw Shwartzman confirmed as champion with a race to spare.

That race was taken out by Jüri Vips who dominated Sunday’s race.

Having started in seventh, Armstrong climbed well to see the chequered flag second, while Shwartzman round out the top three.

A stall from Jehan Daruvala at the start, coupled with Armstrong’s second place, saw the Kiwi claim second in the championship. 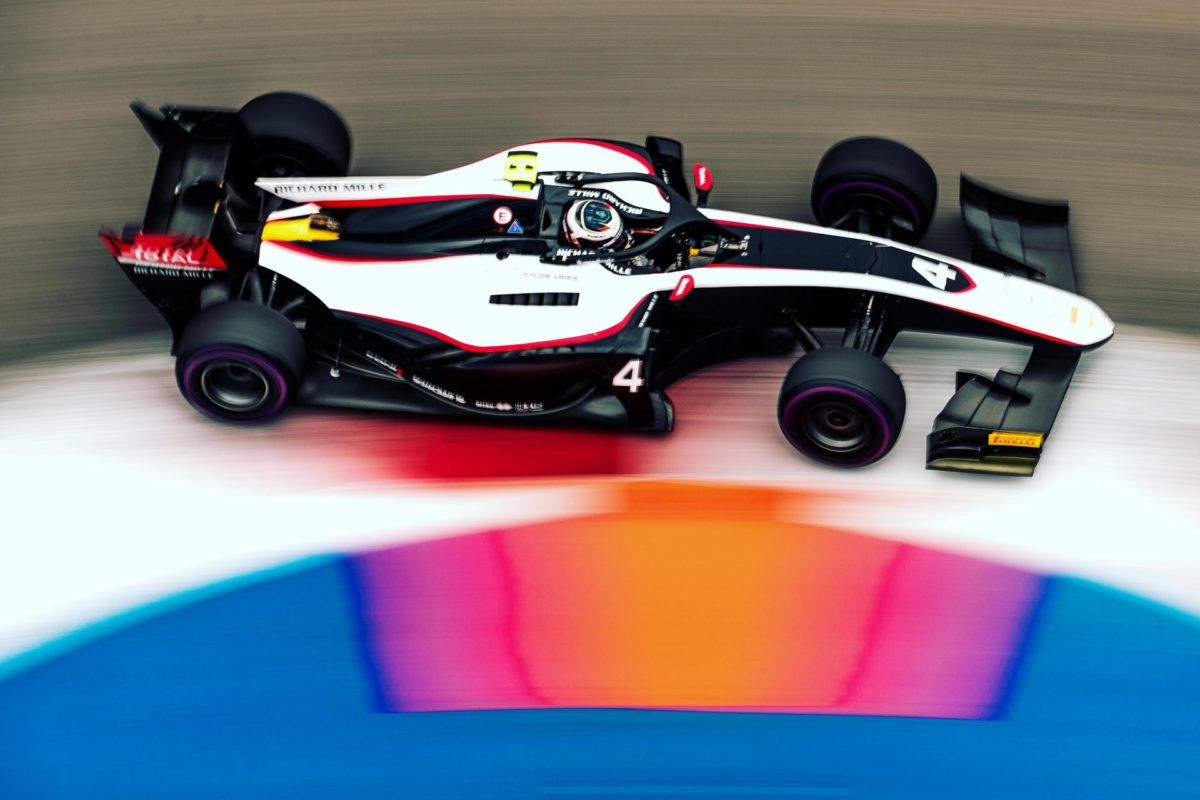 The Dutchman won the opening race to mathematically move himself out of reach in the title fight, Nicholas Latifi and Louis Delétraz rounding out the podium.

Luca Ghiotto had led the race after opting for an alternate strategy, stopping deep into the race as De Vries and Latifi worked hard to remain within striking distance.

Following his stop he emerged behind the top three, quickly passing Deletraz only to lose out once again at the final turn.

It saw the pair taken to hospital but released without injury while Mazepin has been handed a 15-place grid penalty for the next race in Abu Dhabi as a result of the incident.

The race was eventually restarted nearly 50 minutes later, with Ghiotto leading De Vries and Callum Ilott to the flag. 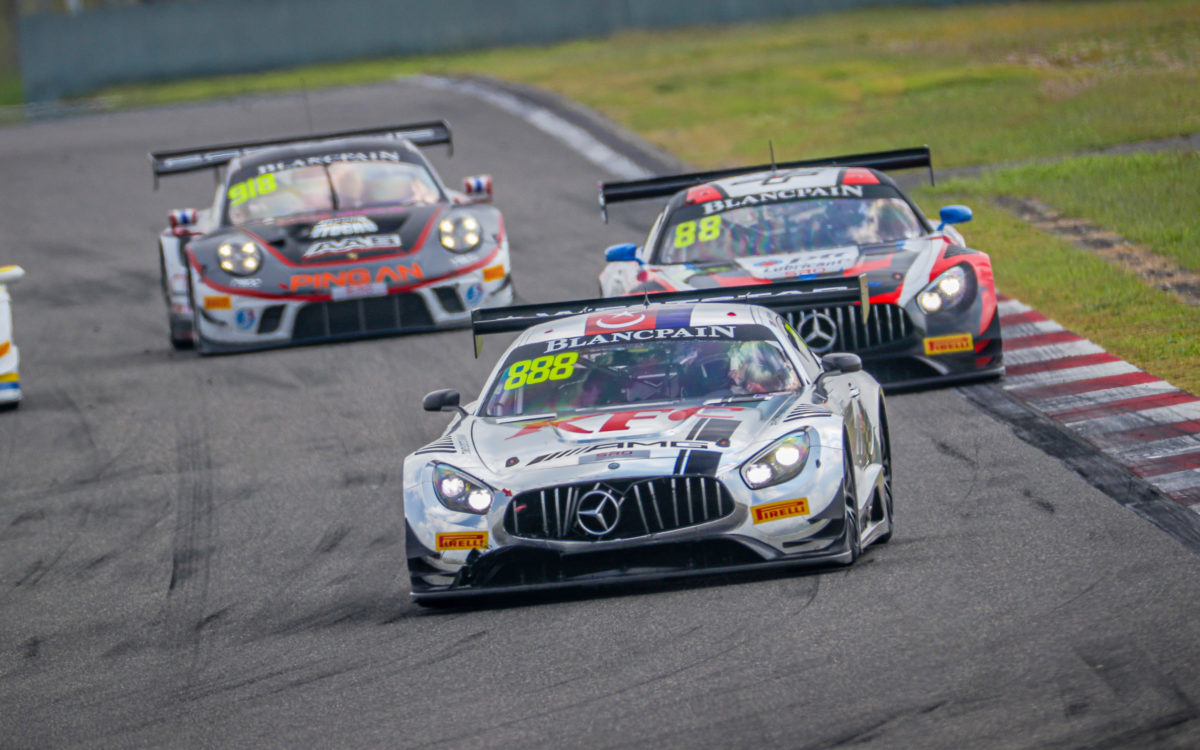 The Mercedes-AMG of Prince Jefri Ibrahim and Shane van Gisbergen

In the opening race, Ibrahim stayed out of trouble in the opening stint to hand the car to van Gisbergen in 14th, the Kiwi climbing two places is the back half of the race.

Radio issues then blighted the pair’s second race when van Gisbergen missed the call to the pits having climbed from eighth to fourth.

Missing the compulsory pit window as a result, Ibrahim was forced to serve a stop-go penalty after finally taking charge of the Mercedes-AMG GT3.

Martin Rump and Weiron Tan won the opening race of the weekend before Yuan Bo and Leo Ye Hongli took the honours in Race 2.

The Australian duo of Andrew Macpherson and Ben Porter banked 18th and 15th place finishes, while Chris van der Drift was 10th in Race 1 and sixth in Race 2. 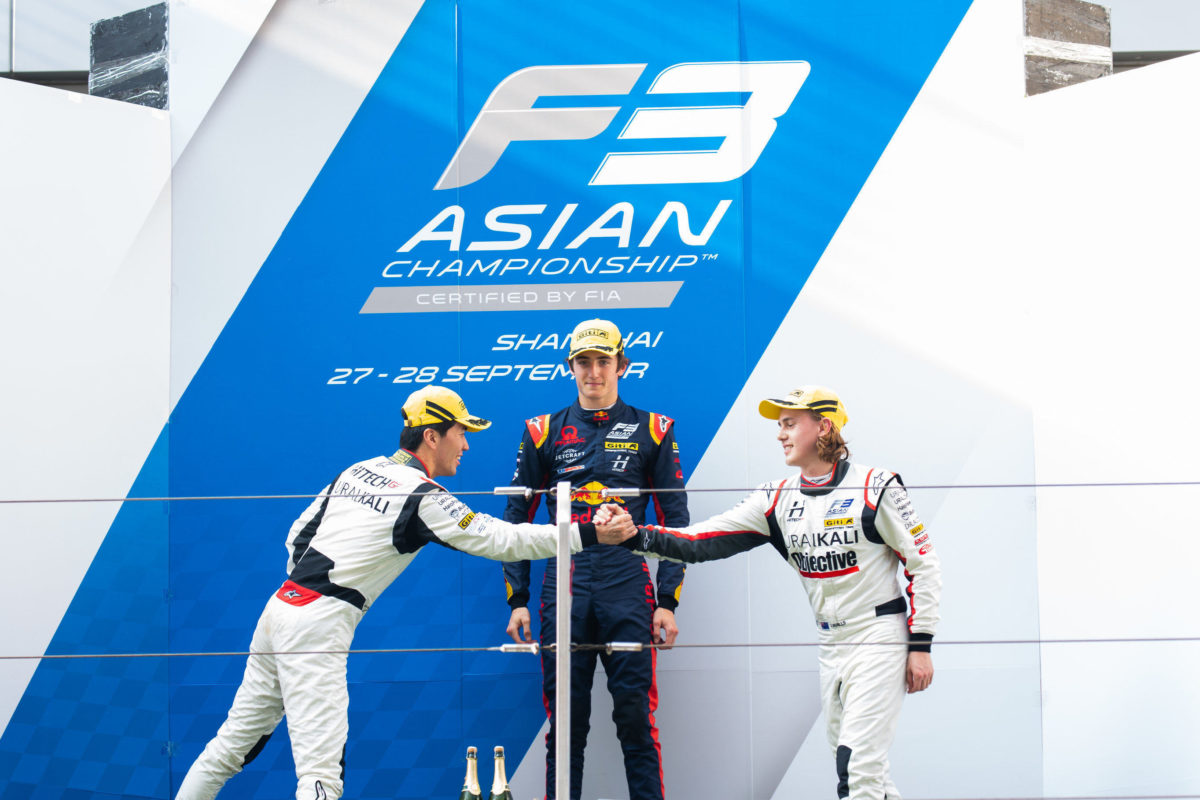 Jack Doohan won the final race of the season in Shanghai but has finished second to Hitech GP team-mate Ukyo Sasahara in the F3 Asian Championship.

Sasahara had already clinched the title when Doohan took the early Race 15 lead and ultimately won by 7.7s from the Japanese driver, with Australian team-mate Jackson Walls third.

Doohan finished second to Daniel Cao in Race 13, the first of the weekend, after the Absolute Racing driver rounded up him and Sasahara when proceedings got underway.

Cao also won Race 14, in which Doohan was third after a thrilling battle with Sasahara.

Kiwi Brendon Leitch (BlackArts Racing) finished 10th, second, and fourth in the respective races, while Australian Tommy Smith (Pinnacle Motorsport) was a DNF after contact then ninth and eighth. 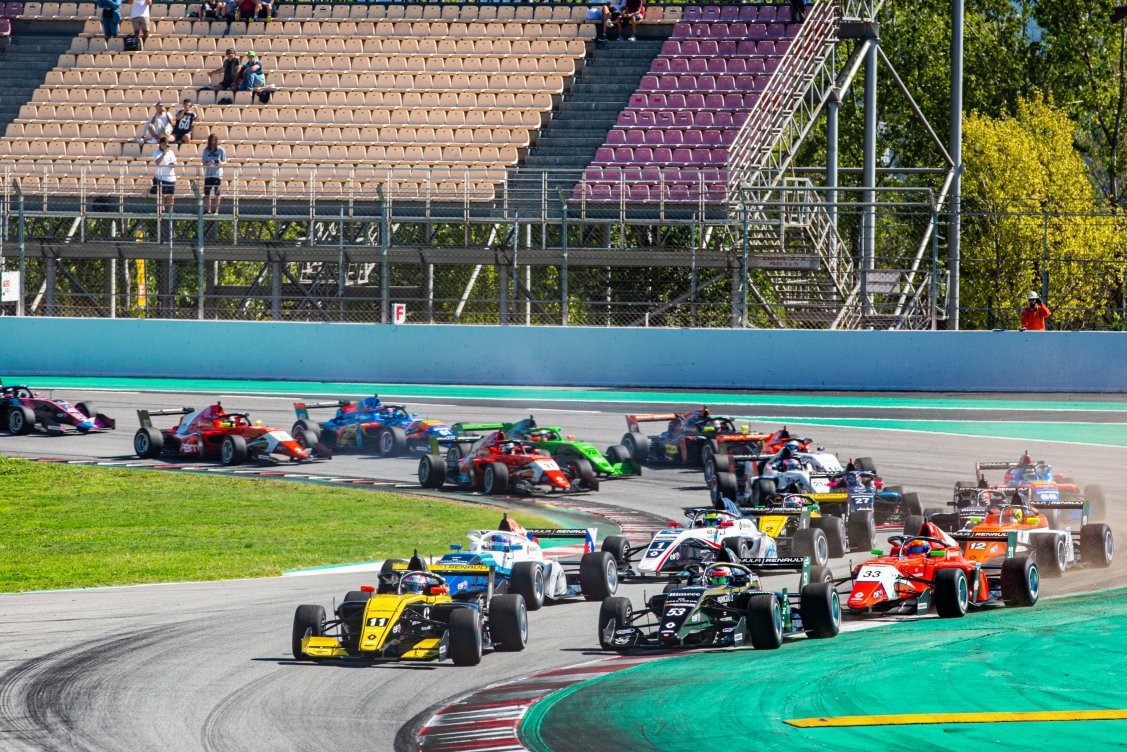 The start of Race 2 at the Circuit de Barcelona-Catalunya pic: Renault Sport

Victor Martins has eaten into Oscar Piastri’s Formula Renault Eurocup championship lead by winning both races at the Barcelona round.

Martins (MP Motorsport) pipped Piastri (R-ace GP) to pole for Race 1 by a hundredth of a second and held the lead when the 19-lap encounter got underway.

Piastri spun as a result of contact with Petr Ptacek (Bhaitech) and dropped as far back as 17th, before recovering to fifth by the chequered flag.

Martins won that race by more than six seconds and Race 2 by just over seven seconds.

Ptacek finished in second place in the latter, just ahead of Piastri.

The Australian’s margin over Frenchman Martins in the standings is 12.5 points with the penultimate round at the Hockenheimring next on October 4-6. 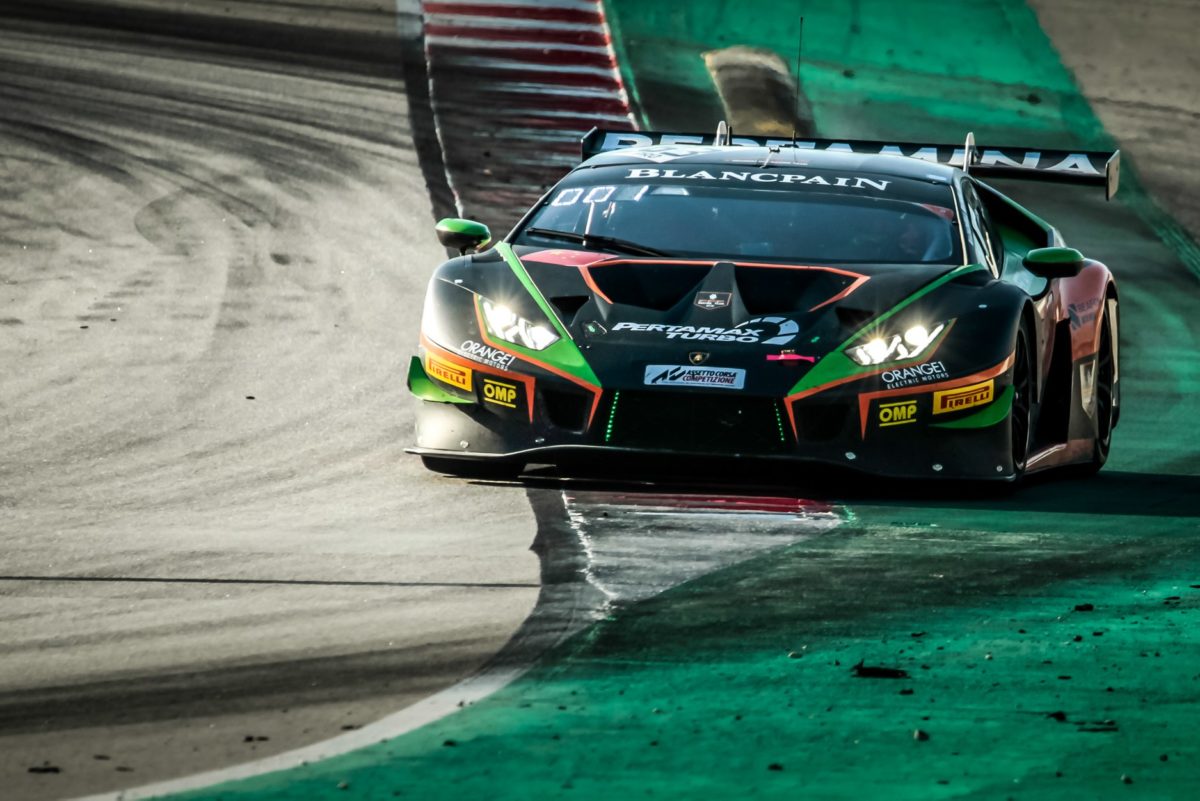 Marco Mapelli and Andrea Caldarelli, together with substitute driver Albert Costa in place of the unwell Dennis Lind, won the 85 lap encounter by 4.4s over the R-Motorsport Aston Martin of Marvin Kirchhöfer, Alex Lynn, and Jake Dennis.

Rounding out the podium was the Jordan Pepper, Steven Kane, and Jules Gounon Bentley.

The result gave the Lamborghini squad the title, its second of the season having also claimed the sprint competition. 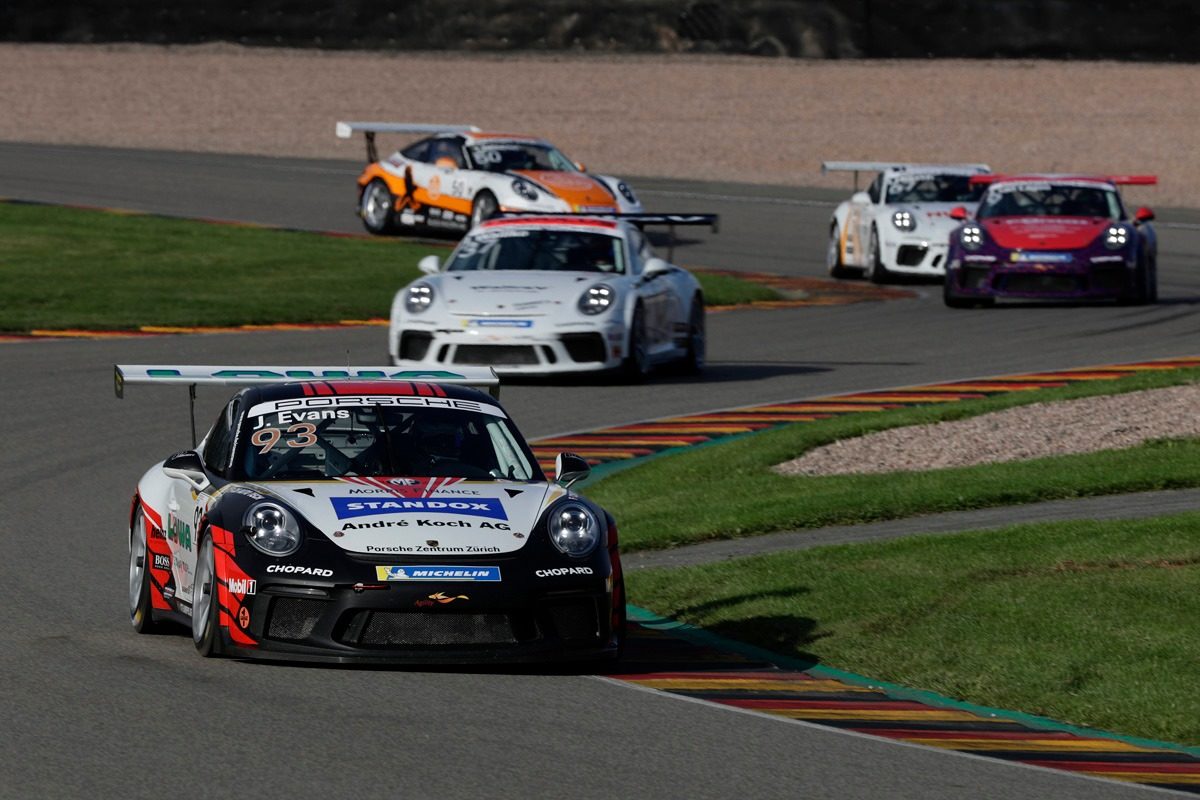 Evans qualified as the leading rookie in sixth for the weekend’s opening race, moving up one spot in the 19 lap encounter.

He was sixth again for the second race, this time climbing two spots to again finish as the leading rookie.

Alongside the Rookies title, Evans was sixth in the championship fight, which went the way of Julien Andlauer by 2.5 points over Michael Ammermuller.

Ammermuller won the opening race of the weekend and then finished second to Larry ten Voorde in Race 2.

Andlauer recorded a fourth and ninth place finishes, enough to secure himself the title. 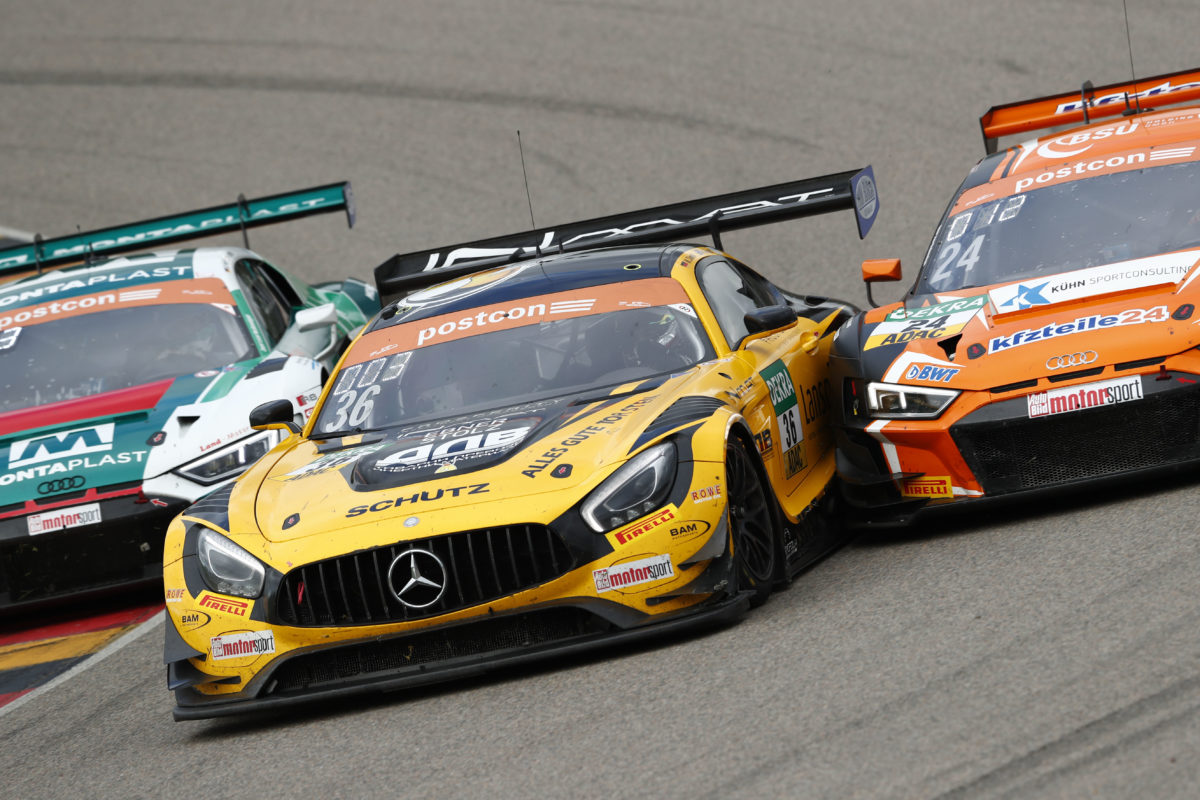 Aidan Read was on course for a podium in Race 1

The final round of the ADAC GT Masters season saw Aidan Read bank eighth and 14th place finishes alongside Marvin Dienst at the Sachsenring.

The Mercedes-AMG GT3 pairing had qualified third in the opening race and were on course for a podium before a problem during the driver change dropped them down the order.

Race 2 saw them outside the top 10, crossing the line 41.2s behind race winners, and series champions, Patric Neiderhauser and Kelvin van der Linde.

The opening race had been won by Indy Dontje and Maximilian Gotz for Team HTP. 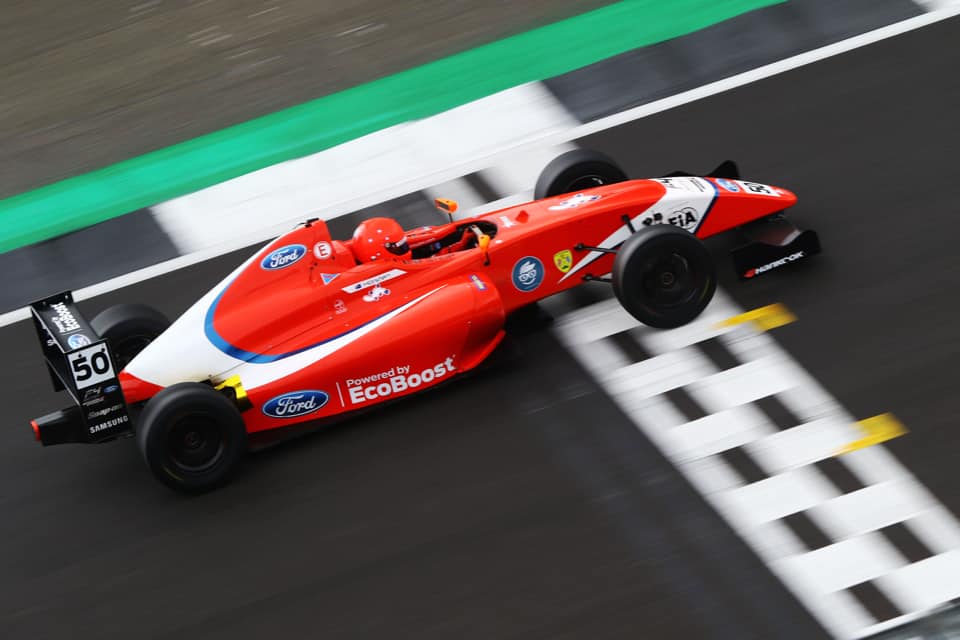 Bart Horsten recovered from a retirement in the opening British Formula 4 race of the weekend at Silverstone to second by the finale.

Wet conditions dominated Race 2 of the weekend, with Horsten climbing one spot from his qualifying position to take fifth at the flag.

He then trailed Louis Foster to the line in the 17 lap finale, 1.3s adrift of the race winner to put himself in fifth in the championship heading into the final round.

That will be held at Brands Hatch over the October 12-13 weekend. 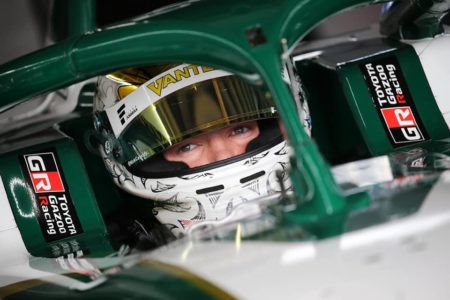 Nick Cassidy’s one-point championship lead has turned into a one-point deficit in the penultimate race of the Super Formula season at Okayama.

Cassidy ran a long first stint in the #37 Team TOM’S entry but did not build enough of a lead to stay in top spot once he did pit.

He was at least ahead of key title rival Naoki Yamamoto until he spun after contact with Kamui Kobayashi as the KCMG driver tried to round up the New Zealander.

Yamamoto finished seventh, the bare minimum to move back into top spot in the standings, while Cassidy ended up out of the points in 10th.

Kenta Yamashita (Kondo) won the race, while the season wraps up at Suzuka on October 26-27. 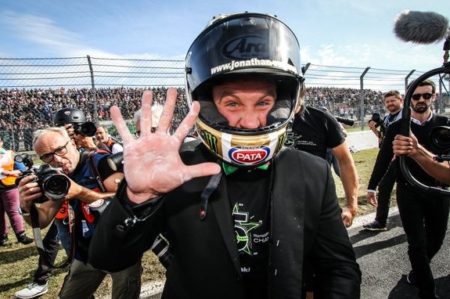 Jonathan Rea has won a fifth consecutive Superbike World Championship with two rounds to spare after Alvaro Bautista was taken out of Race 2 at France’s Magny-Cours.

Toprak Razgatlioglu got down the inside of Bautista (Aruba.it Ducati) at Turn 13 on Lap 2 but started to lose the rear of his Puccetti Kawasaki and when the Spaniard could not avoid it, they both went down.

Rea (Kawasaki Racing Team) still needed to win the race to give himself an unassailable advantage in the championship and that is what he did, having battled with Michael van der Mark (Pata Yamaha) for two thirds of the 21-lapper.

In both Race 1 and the Superpole Race, it was Razgatlioglu that headed Rea to the chequered flag, after van der Mark had crashed out of the lead of the former.

On both occasions, Razgatlioglu came from 16th on the grid, while Bautista was fifth in each having qualified in 14th.

Round 12 takes place at the Circuito San Juan Villicum in Argentina on October 11-13.