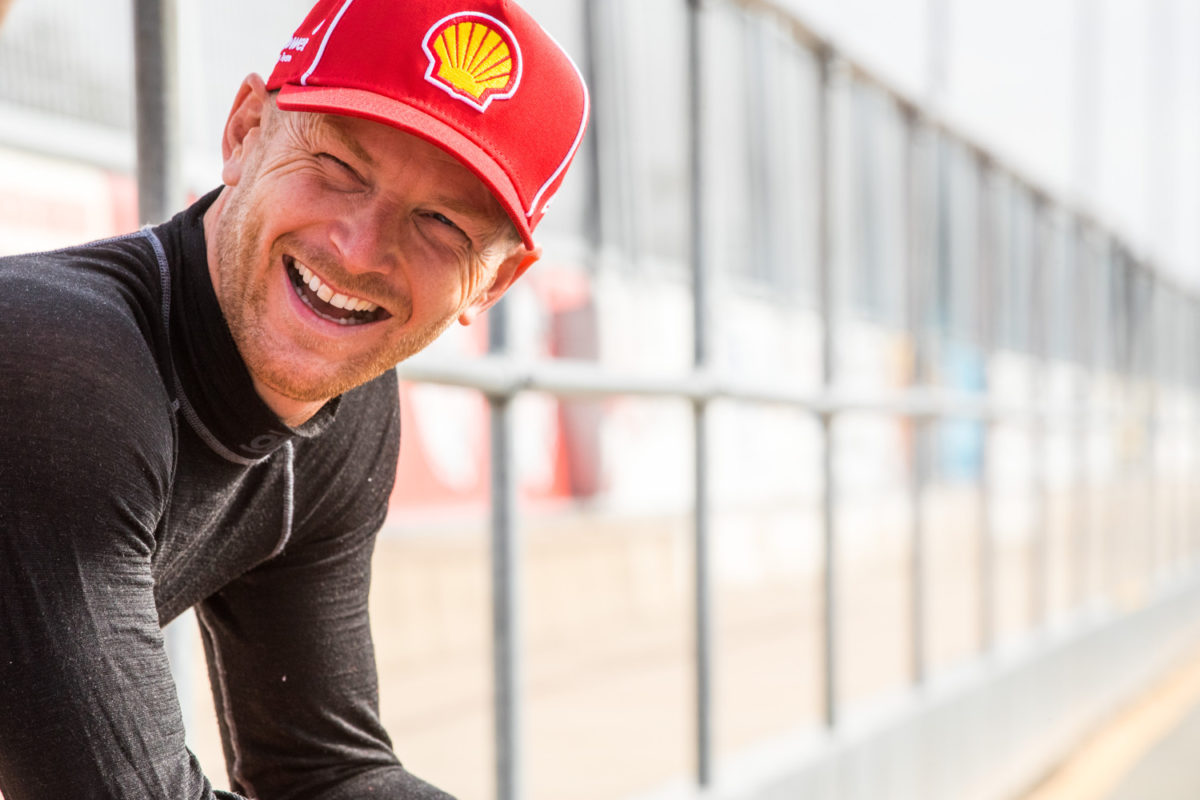 Shell V-Power Racing Team co-driver Alexandre Premat has declared his test day at Queensland Raceway a positive despite an off due to brake failure.

Premat ran through the infield from Turn 4 back to near Turn 2 due to an issue in Scott McLaughlin’s #17 Ford Mustang, which saw the car sidelined for a period of time in order to effect repairs.

The Frenchman, who had only cut laps in ride days and an Additional Driver session until today’s pre-Pirtek Enduro Cup test, was nevertheless pleased with what he achieved at QR.

“Today I felt good, and obviously we had the problem with the brakes early in the day and the damage to the car, but the team got it fixed and the car has run really well for the rest of the day,” said Premat.

“I feel good in the car, I am happy, Scott is happy and now I feel like I am ready to go to Bathurst for the 1000 next week.

“We will debrief and talk it all through, but overall a good day.”

McLaughlin himself added: “We had that setback this morning with the brake failure when Alex was behind the wheel, but the team identified the problem quickly, got it fixed and got us back out there so the damage was minimised.

“Better to have issues like that today, rather than at Bathurst next week. That’s what test days are for.

“The rest of the day went smoothly, the No.17 Mustang was strong and Alex logged plenty of miles. Solid day.”

Tony D’Alberto was also on hand as he prepares for his role as co-driver to Fabian Coulthard in the #12 DJR Team Penske entry.

“These test days are always so valuable, particularly now without the Sandown 500 as the lead-in to Bathurst,” said Coulthard.

“It was a productive day, lots of laps for Tony and plenty of pit stop and driver change practice as well. Tony has slotted straight back in, and we’re feeling good. It was a solid day.

“Now we head to the Mountain for the big one next week.”

D’Alberto has been racing in TCR Australia and sportscars, including an outing in the Suzuka 10 Hours, this year, but naturally found cutting laps in the Mustang again valuable.

“Having the test day with the team is really important, as it helps bed everything back in and get us co-drivers immersed back within the team,” he said.

“Today was good. I’ve been doing plenty of racing this year, so I feel sharp but miles in the Mustang are really valuable for me so to do plenty of laps the week before we head to Bathurst is great.

“All of our driver change and pit stop practices went well, so we’re as well prepared as we can be for the big race.”