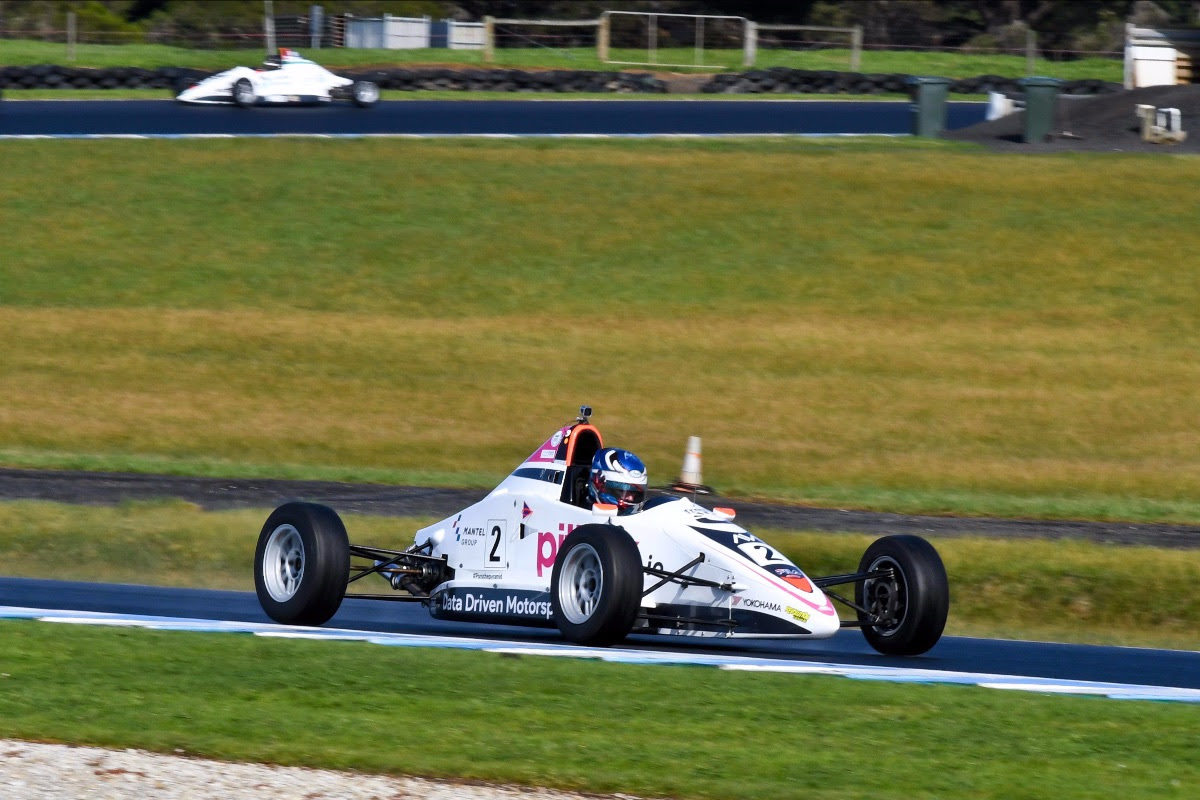 Angelo Mouzouris has bagged another race win on his way to claiming the 2019 Australian Formula Ford Championship at Phillip Island.

Zac Soutar (Team Soutar Motorsport) consolidated second in the standings by taking out the final round of the season.

Mouzouris and Cody Burcher (Synergy Motorsport) had the measure on the rest of the field when Race 2 was run on a drying track.

Less than a second separated them at the chequered flag, which confirmed Mouzouris’ championship triumph, while Sargent was almost eight seconds further back in third and Soutar fifth.

Not only had a Sonic driver won the series for a fourth year in a row another of their drivers, 16-year-old Jay Hanson, finished first in the final race of the season.

Soutar was just over three tenths back in second position, and Mouzouris was 11th.

Tim Hamilton won the Australian FF1600 Championship, while Mouzouris will test a Carrera Cup car at Queensland Raceway on November 20 as a result of taking the outright title.