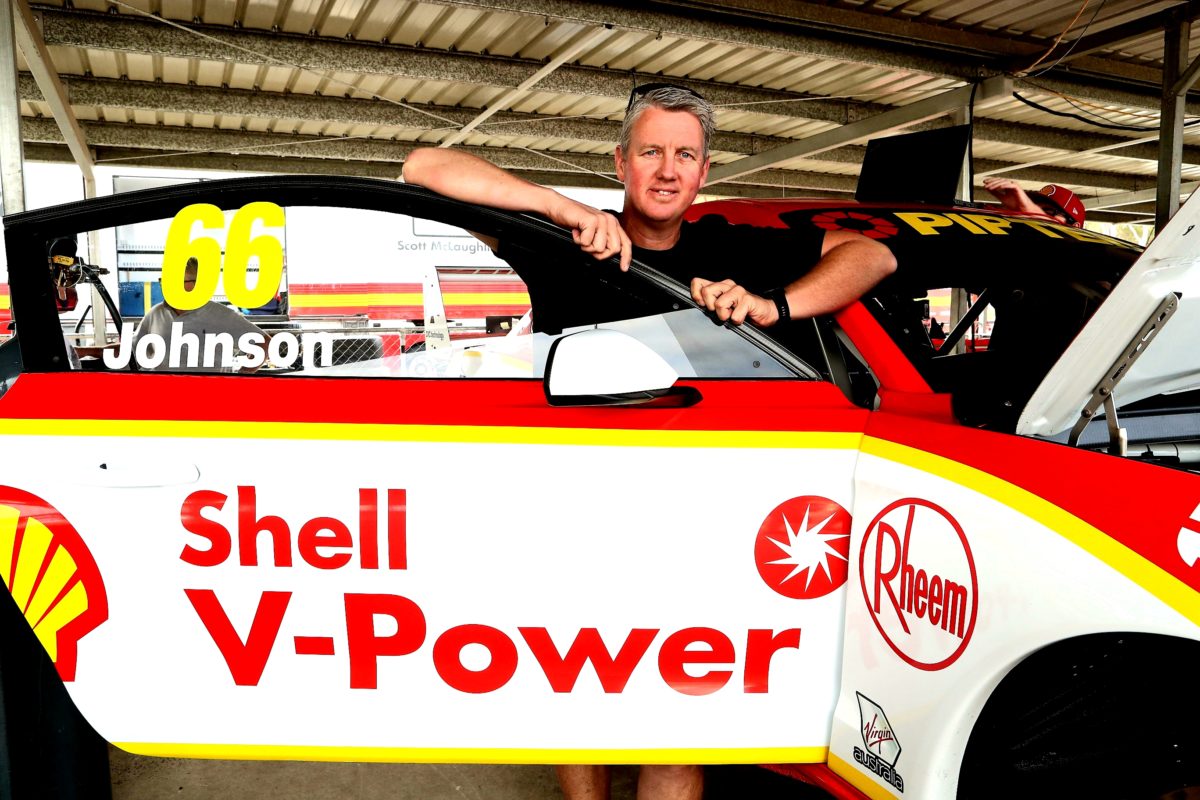 Johnson is set to climb aboard the squad’s homologation Mustang at Queensland Raceway today where he will join regular drivers Scott McLaughlin and Fabian Coulthard and their respective co-drivers Alexandre Premat and Tony D’Alberto.

The outing will be his first in a Supercar since 2014 with the experienced racer called upon to carry out the 2020 engine evaluation as championship regulations prevent primary and co-drivers from evaluating the components.

The Mustang has been fitted with the new cheaper piston ring and rocker that is designed to ease the wear and tear on power units resulting in a drop of 15 horsepower.

DJR Team Penske has also elected to fit the optional drive-by-wire throttle to the engine although the squad at this stage is not expected to run the device next year.

The car ran in the 2020 specification for the first time during Friday’s ride day at Ipswich that saw Premat in action behind the wheel.

It is the same chassis that Dick Johnson drove during a Mustang demonstration at the Superloop Adelaide 500 in March this year. 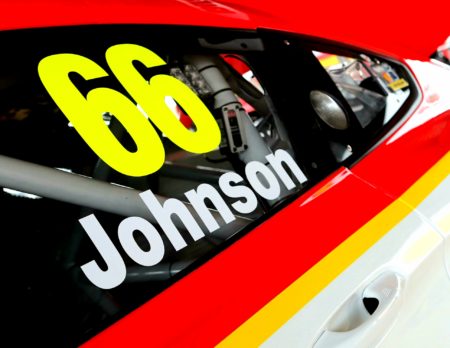 “It is not too dissimilar to what our friends at Walkinshaw Andretti United did at Winton a month or so ago (with their 2020 engine test),” Shell V-Power Racing managing director Ryan Story told Speedcafe.com.

“It is just basically testing out the (engine) changes for next year, we are going to be running fly by wire, which is optional for next year.

“Our intention at the moment is not to run it next year but we have done the R&D and configured the engine for it to be able to adapt to it.

“We are just going to put it on track and see how it goes.

“We have already done the research and development on it (the drive-by-wire throttle), so we thought we may as well with the test day, especially as we are evaluating the 2020 options it would give us an opportunity to at least evaluate it properly in an on track setting.

“Supercars have been great because it gives them more data as to how it all works and plays out. It is a win-win for everyone.

“Steve is driving and he hasn’t driven a Supercar in anger since 2014 but he is obviously a very accomplished racing driver and someone whose feedback we are very familiar with which is good and solid, and we need that.

“To run this car it cannot be our primary or co-drivers, it needs to be effectively a third party and Steve is the best candidate for that.”

Story advocates Supercars’ engine proposals for next year which are designed to save teams as much as $40,000 per car during the season by reducing the amount of engine rebuilds during the campaign.

“We will drop a bit of horsepower but the people watching up on the hill and at home won’t notice but basically we will take a little bit of the stress out of the valve train in particular, and that is where we see the most wear. That is why we are having to apply to have seals taken off engines and rebuild them after only 3000 kays,” Story added.

“It is a good step in the right direction and it will save teams money without impacting the show.”

In addition to the engine test, the team will be busily preparing for next week’s Bathurst 1000 with the Ford outfit sharing the track with Triple Eight, Matt Stone Racing and the Kostecki Brothers Racing wildcard.

“It is a massive challenge for us because this is the first time I can ever recall that we are heading to Bathurst without a Sandown 500 or enduro to get through first,” added Story.

“We will be as prepared as we possibly can be.

“We have continuity with our drivers and crew which is always a step in the right direction and we have been practicing pit stops back at the workshop and working on a couple of developments specifically for Bathurst and the test day is about getting ready and ironing out as much as we can.”