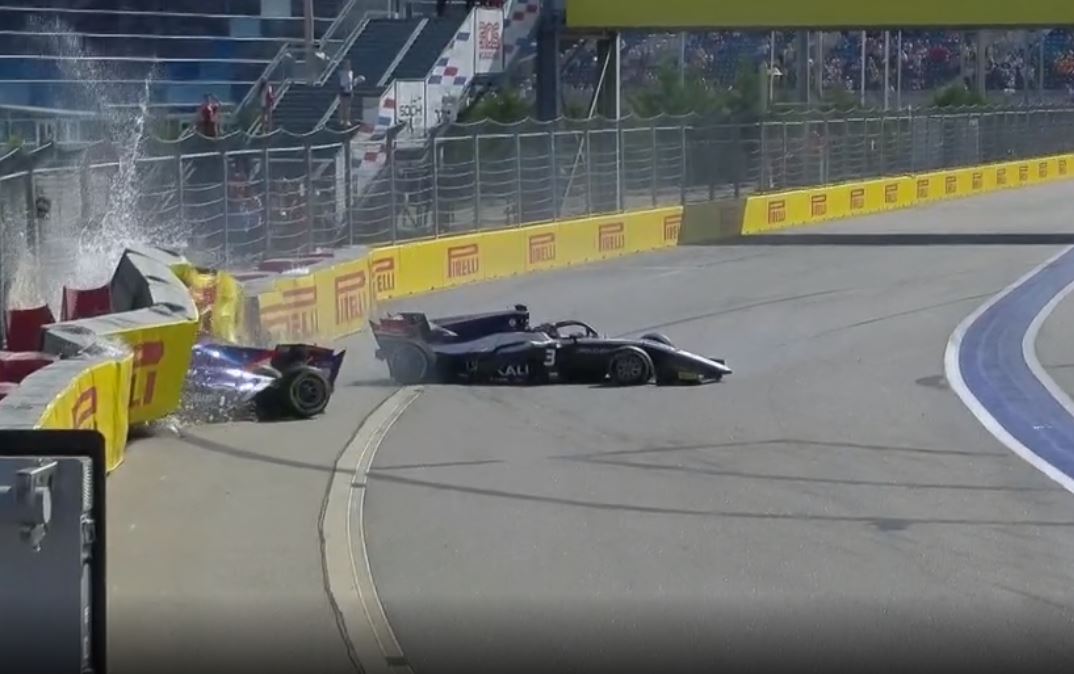 Two Formula 2 drivers have been taken to hospital following an opening lap crash during the Sprint race in Russia.

Nikita Mazepin and Nobuharu Matsushita clashed as the field rounded Turn 2 on the opening lap, with the pair taken to hospital for evaluation.

Mazepin was one of a number of drivers who ran deep under brakes at Turn 2, taking to the escape road before coming together with Matsushita as he rejoined.

Matsushita impacted the wall on the outside of Turn 3, with Mazepin sliding into the Japanese driver as he rebounded out of the barrier.

Mazepin was shown walking from his car, with the race immediately red flagged.