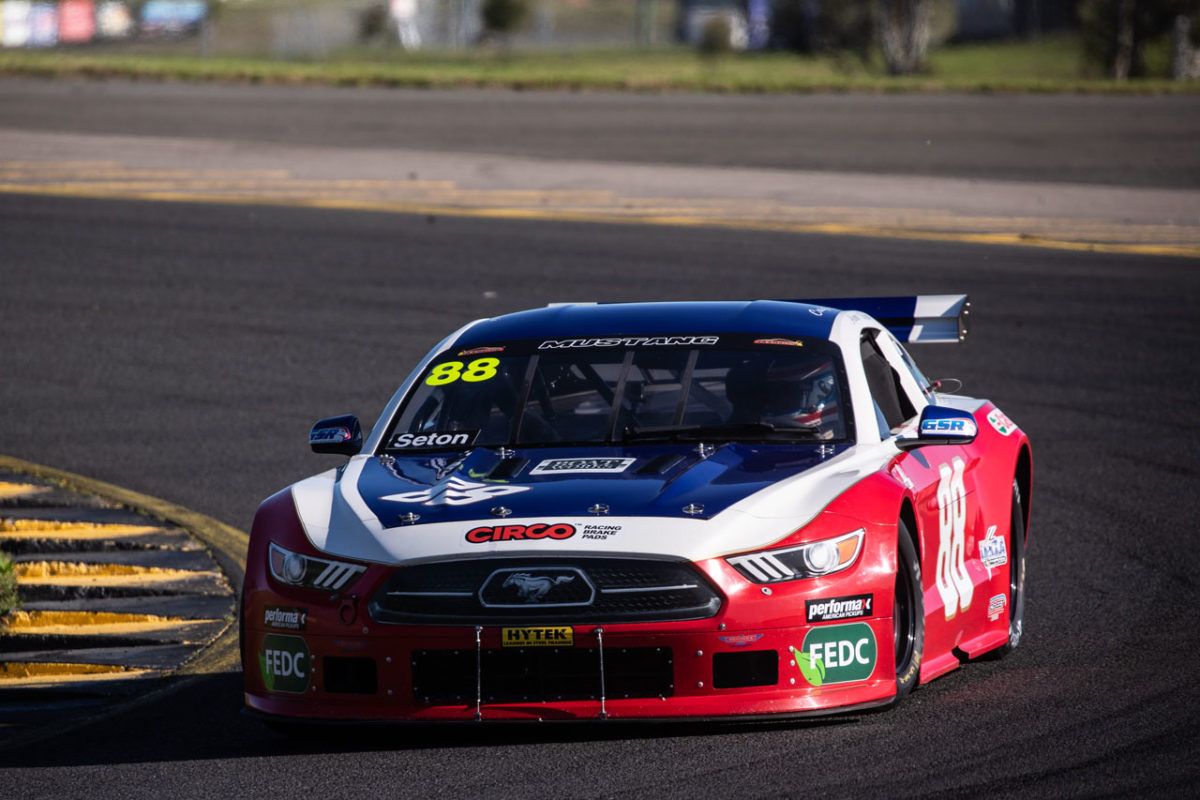 Aaron Seton completed a clean-sweep of the penultimate TA2 round with another pair of victories in Races 2 and 3.

Seton led every lap of both today’s races; his closest challenger was Nathan Herne, who scored a pair of second-place finishes to take second for the round.

George Miedecke was third in Race 3, but slowed with a mechanical glitch in Race 4 and fell to ninth; he still scored enough points to finish third for the weekend, just ahead of Hugh McAlister. Nick Kelly scored the overall GT-1 Australia round win with a measured drive to third place in Race 1, followed by a charging victory in Race 2.

In both races, Kelly had to fight his way forward due to having a long compulsory pit-stop time, but clawed his way through the field with some effective passing moves to secure the round win from Matt Stoupas, who moved into the series lead by finishing second overall.

Vince Muriti finished third to make it an all-Audi R8 podium, despite losing time with a spin early in Race 2. 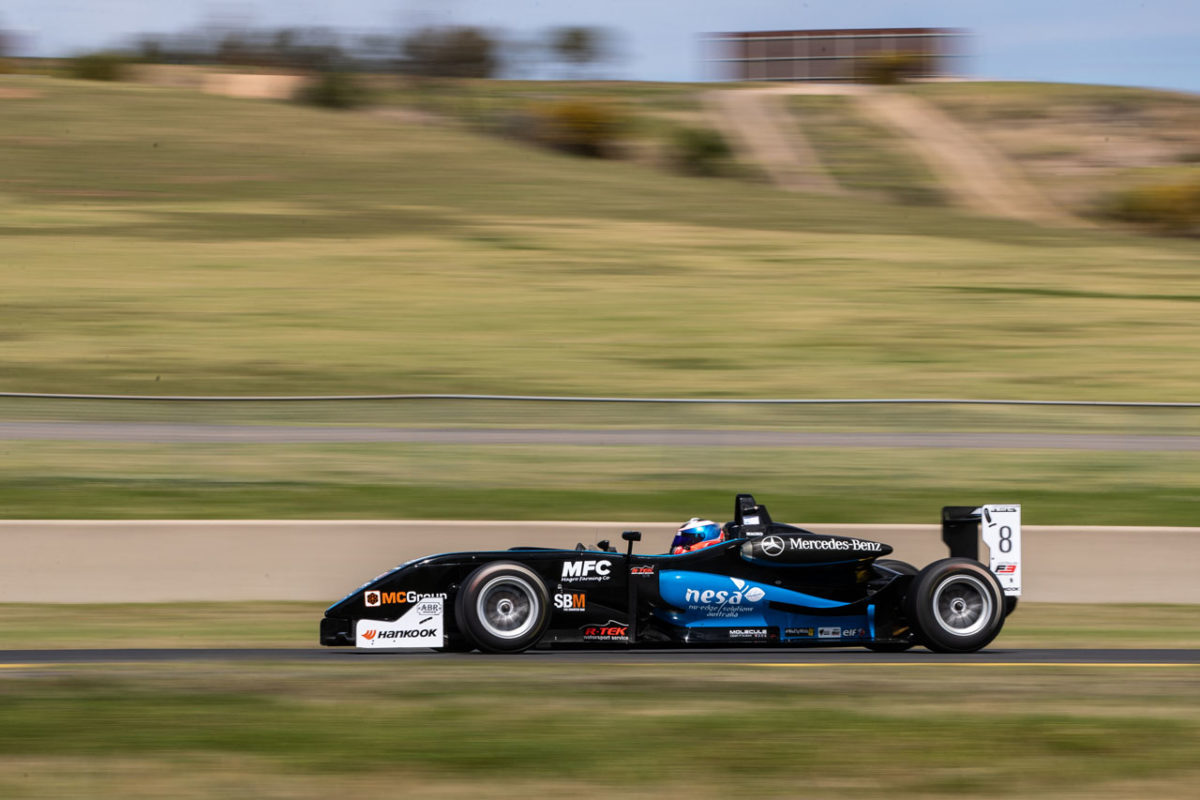 John Magro has equalled the long-standing record for most-consecutive race wins in the Australian Formula 3 Championship, his comprehensive victories in today’s two races taking his streak to 12 – level with the tally achieved by Ben Clucas in 2006.

Magro led from lights-to-flag in both today’s races, taking the victories ahead of Josh Buchan.

Reilly Brook was third in Race 2, but damaged his front wing in Race 3 when he collided with Gerrit Ruff at Turn 2.

The incident forced Brook into retirement, and also necessitated a pit-stop for Ruff to replace a punctured tyre, enabling Shane Wilson to finish third outright, and Roman Krumins to take the win in the National Class. 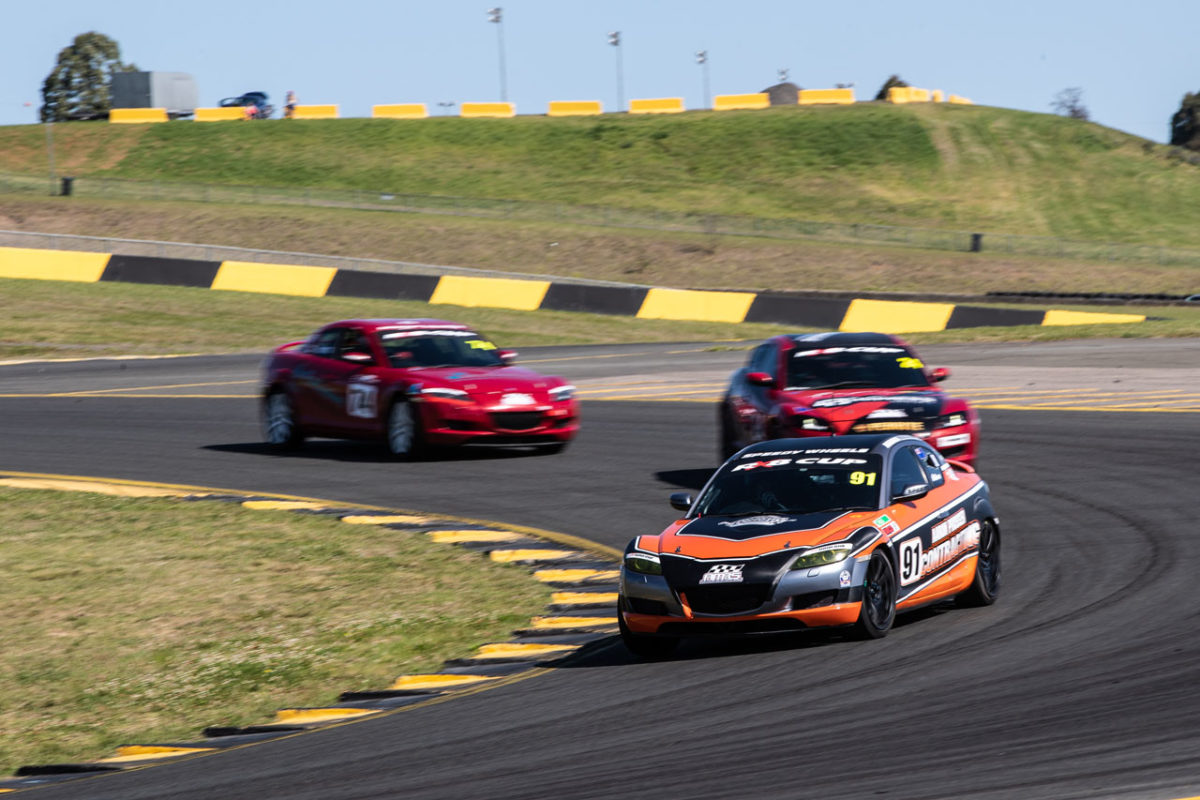 Aaron Prosser completed a clean-sweep in the penultimate Mazda RX8 Cup round to open a 13-point advantage in the standings heading into the final round.

However, the round was marred by a nasty crash which caused Race 3 to be red-flagged and declared a non-event when Terry Lewis lost control of his RX8 at Turn 1 and crashed into the inside wall at high speed.

Prosser took the win in Race 4 to secure the round victory ahead of Lachlan O’Hara (who scored his best result in the series).

Matt Chick was looking good for a podium before he suffered a flat tyre in Race 4.

Taking advantage was Daniel Reynolds, who secured third overall with a trio of top-five results. Walker won Race 3 after Devlin retired with a mechanical issue, before charging from the rear of the field to take the win in Race 4.

However, Devlin’s DNF cost her valuable points, and it was Walker who took the overall round win ahead of Iain McDougall and Jim Campbell. 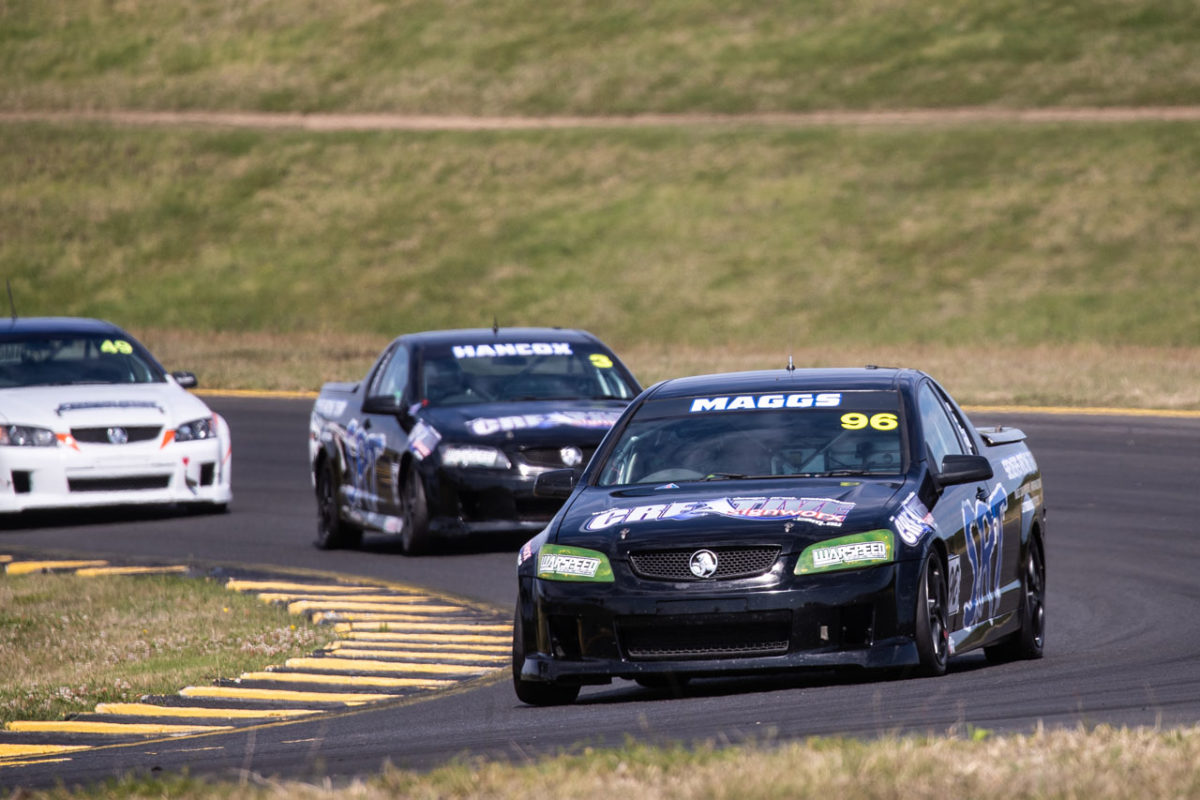 Jaiden Maggs picked up two more Utes race wins to claim the overall round win in the category .

Ian Chivas ended as the best of the Saloon Car runners aboard his BA Falcon.

James Burge completed a comprehensive round win in the Stock Cars by notching up another pair of race victories in his Oz Truck, pulling clear of Brett Mitchell and David Hender who finished second and third in each race.