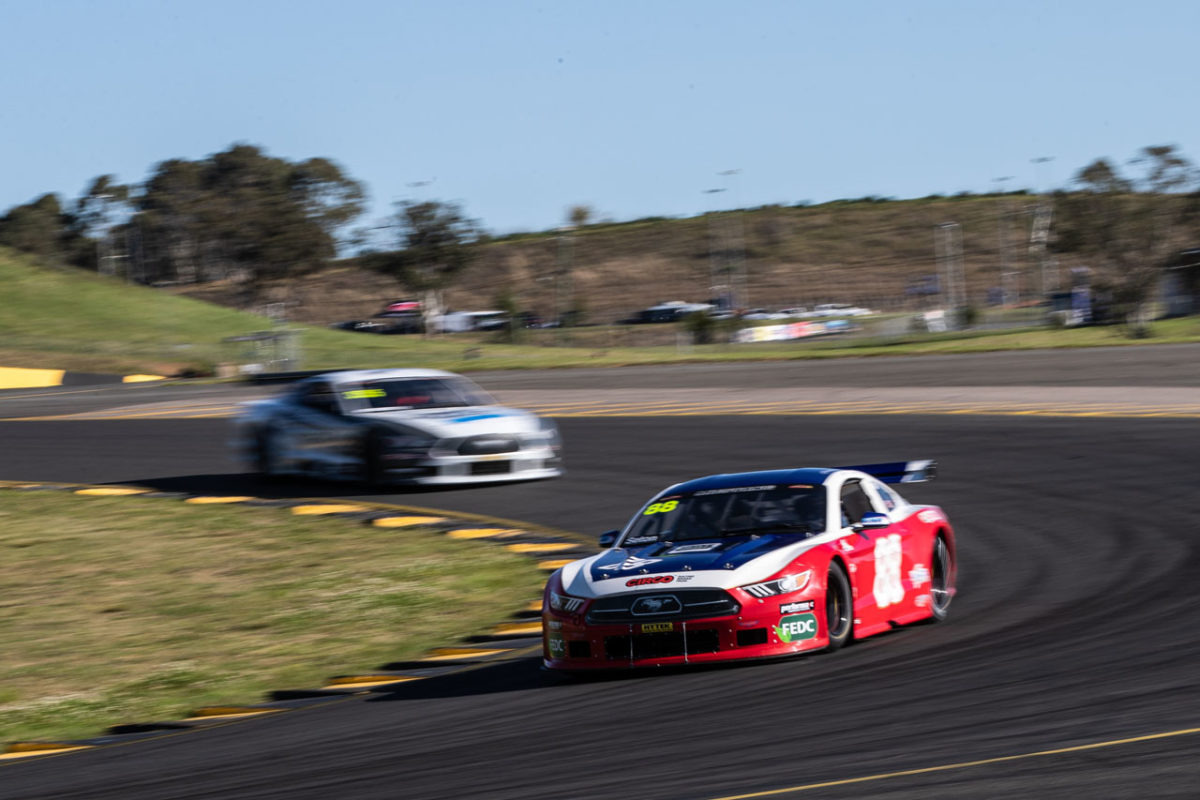 Aaron Seton extended his TA2 series lead to 24 points, winning both Saturday’s races and setting a new lap record for the category at the Sydney Motorsport Park circuit.

Seton qualified on pole position, and led all the way in both races, with George Miedecke finishing second in Race 1.

Nathan Herne sneaked ahead of Miedecke at the start of Race 2, and held second behind Seton for the duration.

The opening race finished behind the Safety Car after Mark Crutcher’s Dodge Challenger stopped with a mechanical problem at Turn 5. 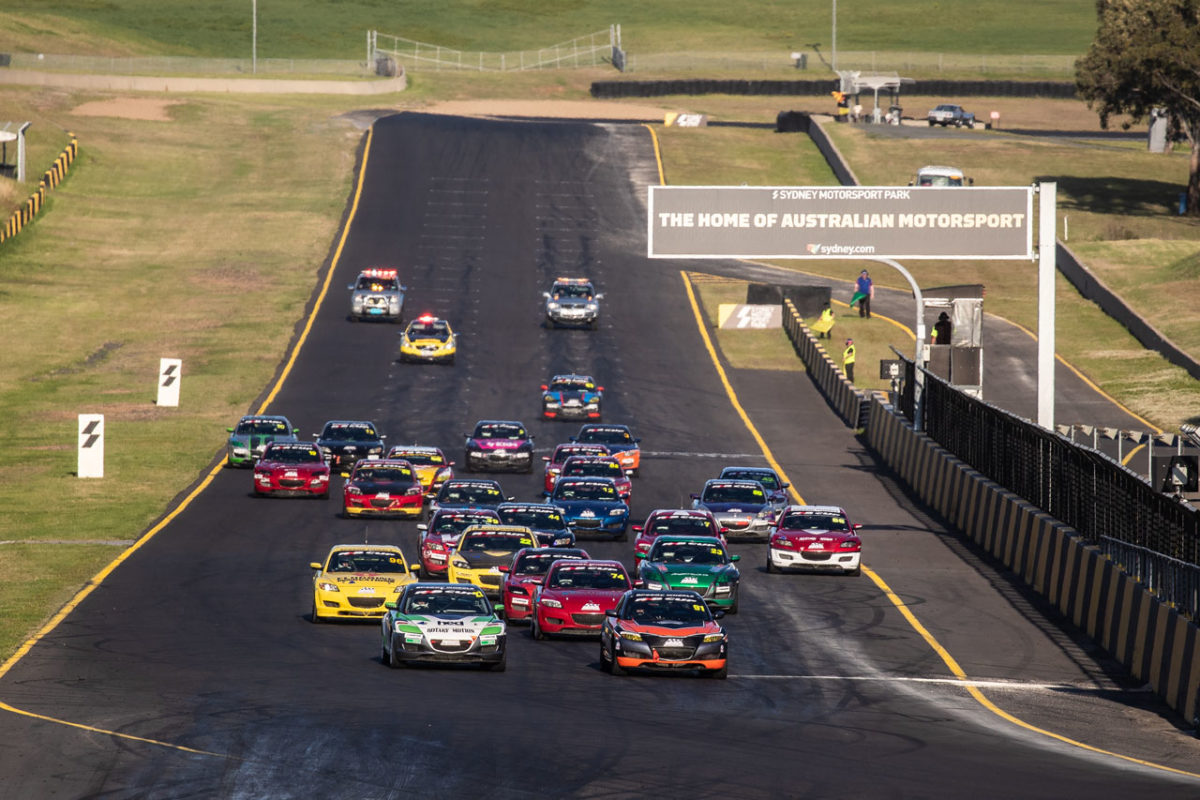 The Mazda RX8 Cup has a new points leader, Aaron Prosser leapfrogging Will Harris with pole position and a pair of wins.

After qualifying 21st due to engine problems, Harris staged an important recovery mission in Race 1, working his way up to ninth.

He ran as high as fifth in Race 2 before a mechanical problem on the final lap relegated him to seventh. 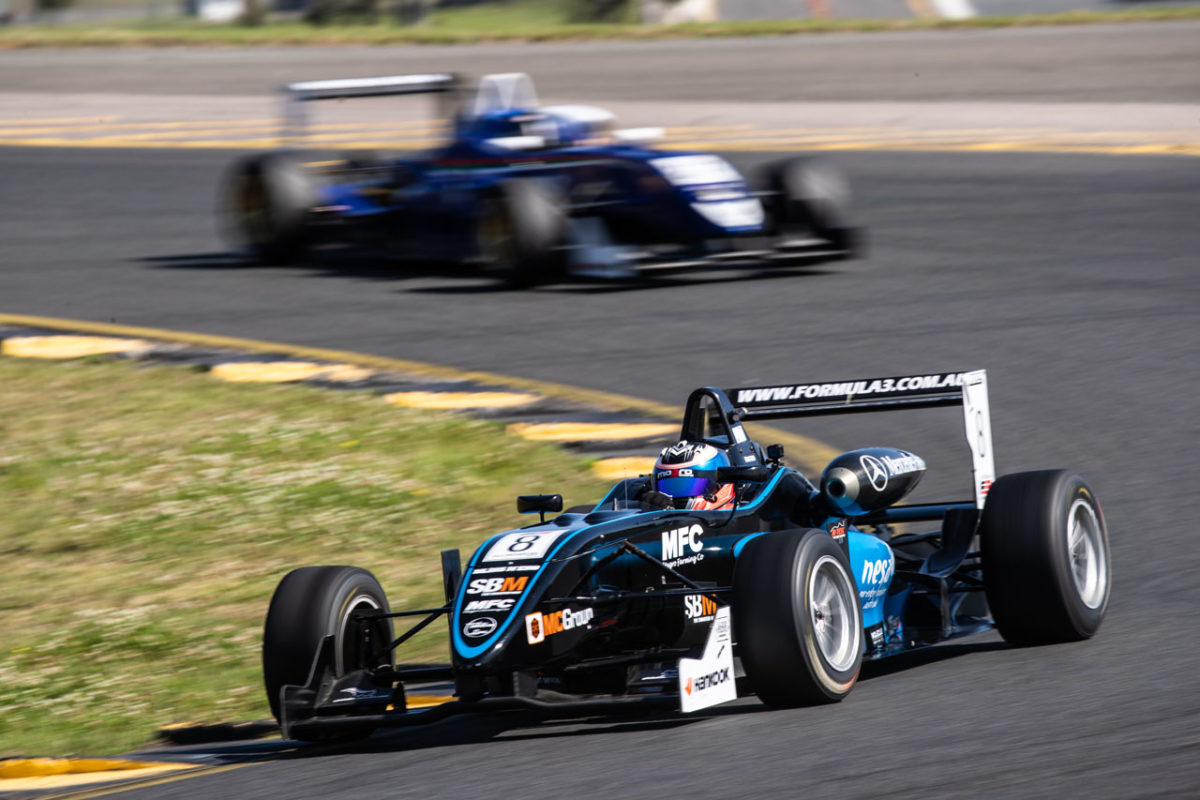 John Magro took a decisive victory in Race 1 by more than half a minute from Josh Buchan.

The National Class win went to Gerrit Ruff ahead of Roman Krumins.

Ryan Astley was also in the mix for class honours before a spectacular spin at Turn 7 saw him fortunate not to be collected by Reilly Brook. 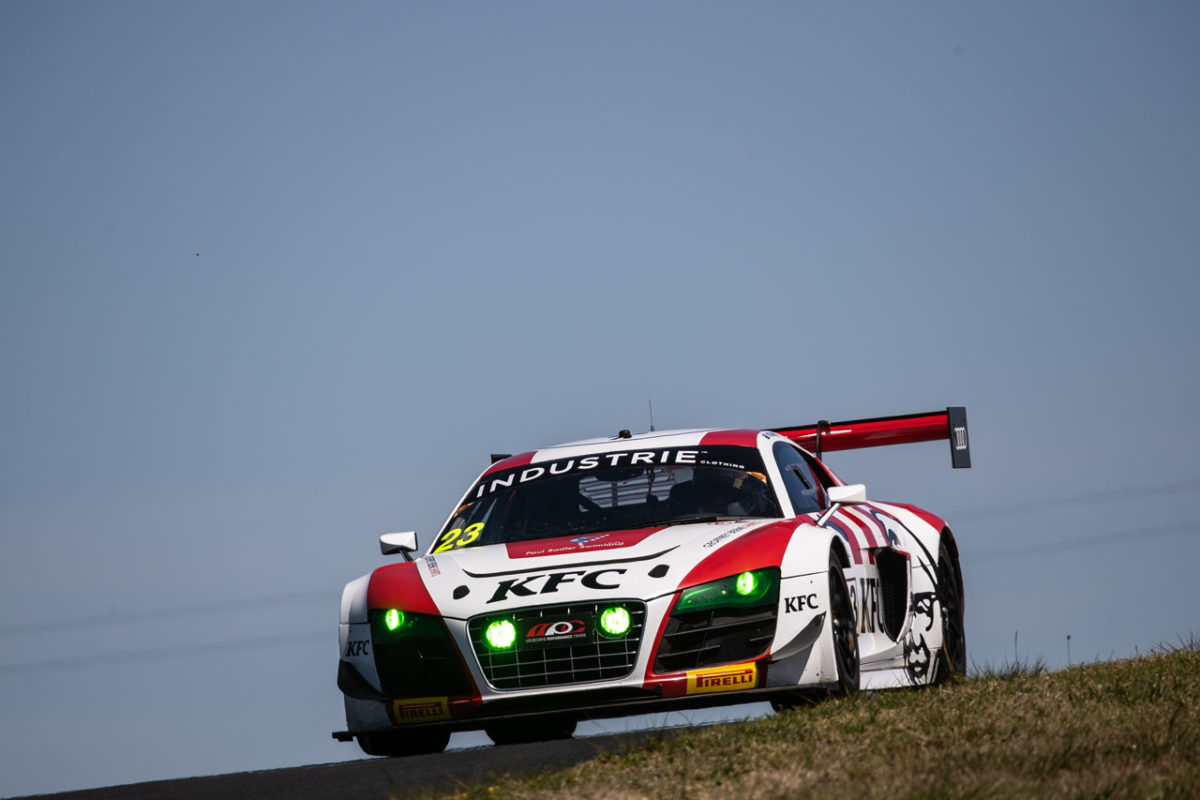 Matt Stoupas has claimed pole position for Round 3 of GT-1 Australia, punching out the benchmark time on the final lap of the second qualifying session to usurp fellow Audi R8 driver Nick Kelly by 0.2s.

The opening qualifying session was red-flagged when Jason Busk spun his MARC I car and made contact with the wall at Turn 1. 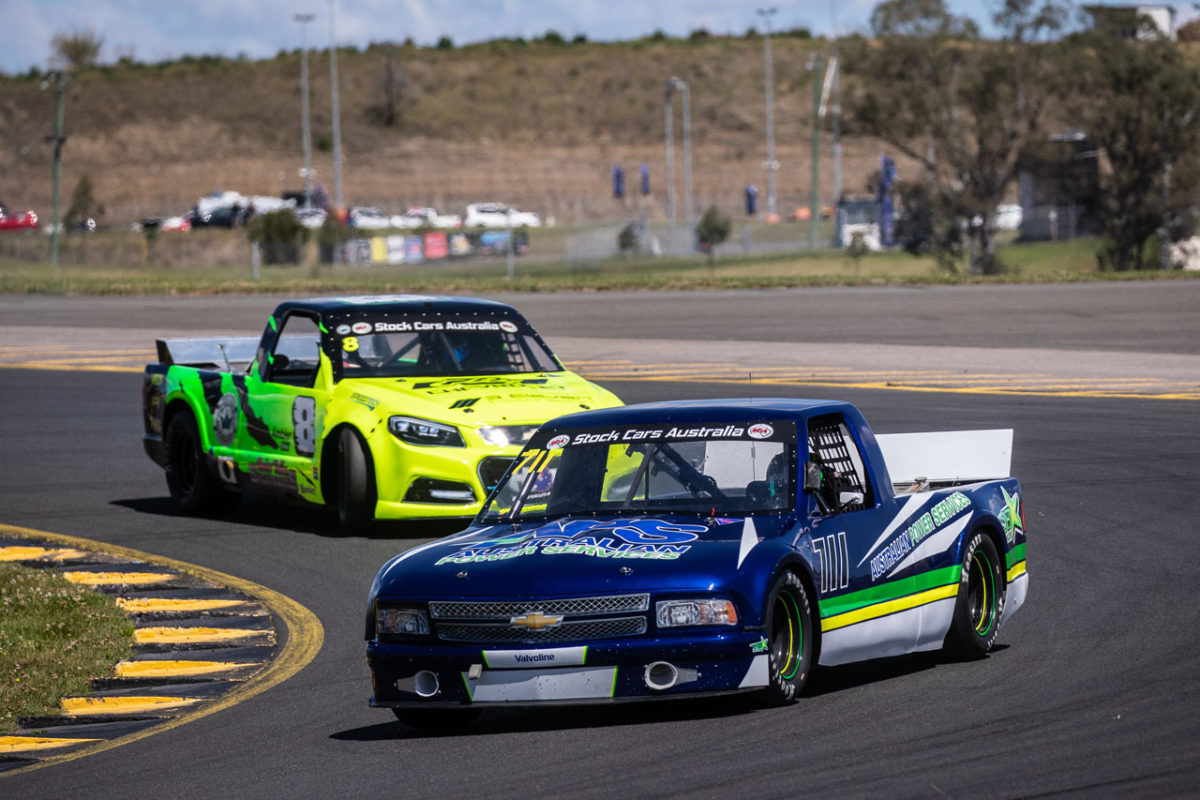 James Burge took a pair of comprehensive race victories in his Oz Truck, pulling away from Brett Mitchell (Oz Truck) on both occasions.

David Hender (Pontiac) was third in both races while Corey Gurney, Danny Burgess, and Robert Marchese staged battles for fourth place in each race. 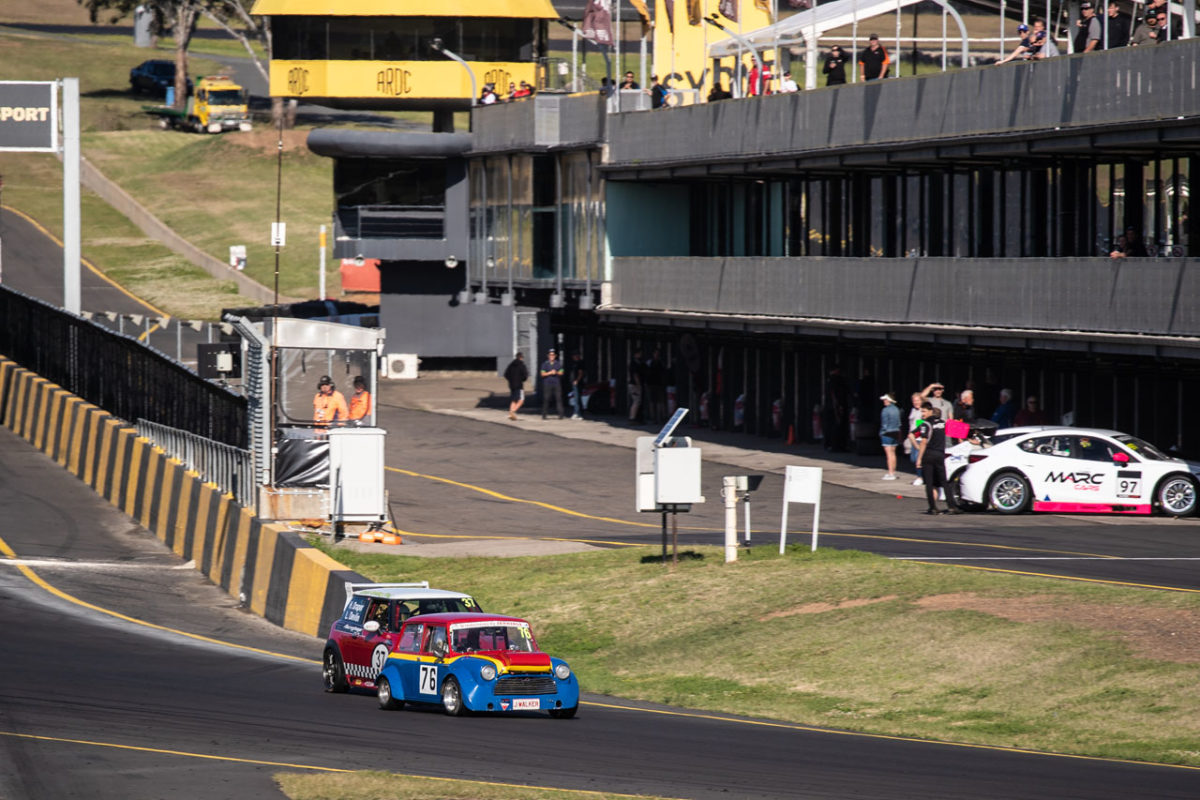 John Walker drove his older-model Mini to victory in Race 1 after early leader Linda Devlin ran wide and lost positions to both Walker and Iain McDougall.

Devlin redeemed herself in Race 2, pursuing Walker for the entire race and finally out-dragging him to the finish line on the very last lap.

Peter Dane took out the opening race in his BA Falcon Saloon Car, but was unable to start Race 2 due to a variable cam timing glitch.

As a result, Jaiden Maggs (Commodore Ute) took out the second race ahead of his Sieders Racing team-mate Glenn Hancox, with Christopher Formosa finishing third.