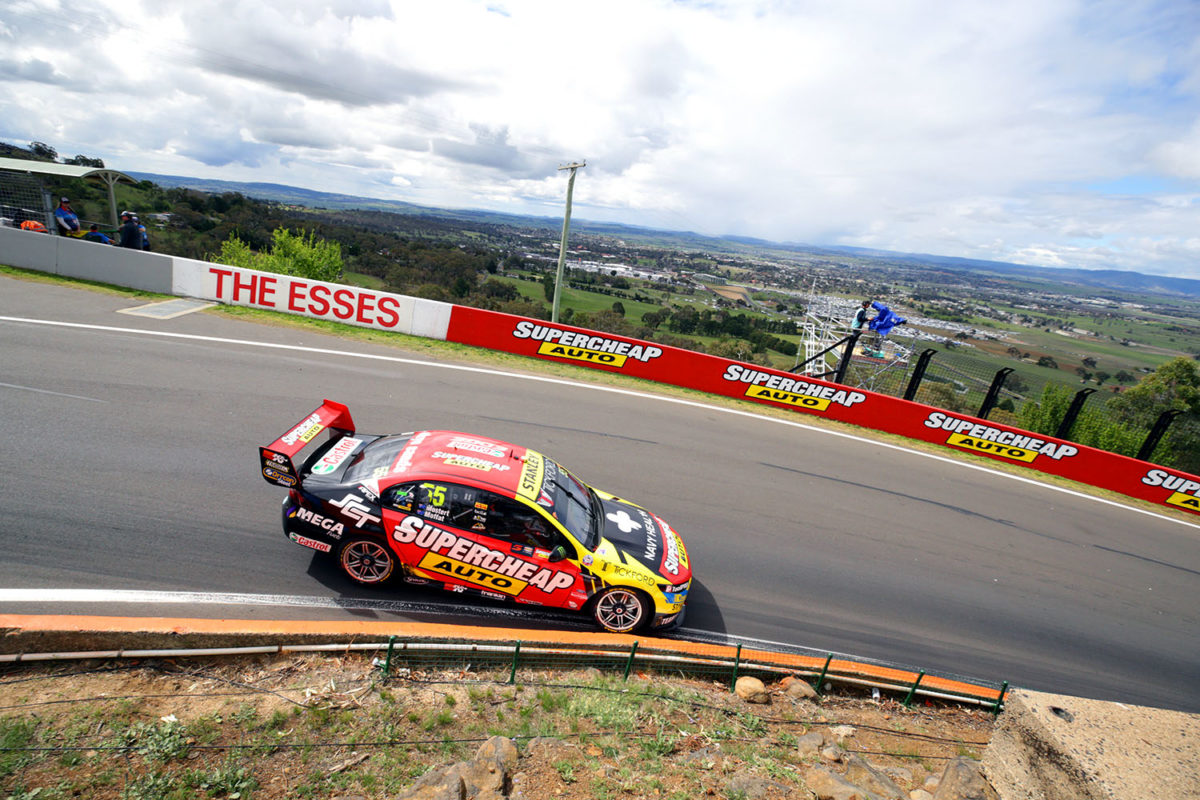 Chaz Mostert has forecast that this year’s Supercheap Auto Bathurst 1000 will be a ‘gung-ho’ contest given that the championship is effectively over.

Scott McLaughlin will arrive at Mount Panorama with a lead of 598 points in the Virgin Australia Supercars Championship, the equivalent of almost two perfect events, and only three left after Bathurst.

The Shell V-Power Racing driver has already stated that his huge margin allows him to launch an all-out attack on the Great Race, but that situation also liberates most, if not all, of his rivals to do the same.

“There’s a lot of guys that obviously the championship has got away from this year, so if you win Bathurst, it’s the one that kind of erases the memory of your championship,” said Tickford Racing’s Mostert, himself a Supercheap Auto Bathurst 1000 winner in chaotic circumstances in 2014.

“It’s the one you want to win if you can’t win the championship, so there’s going to be a lot of guys going gung-ho.

“Scotty is in a position where he has got enough points to be going gung-ho, so it’s going to be on for young and old.”

Adding to the sense that a no holds barred contest awaits is the pace in which the race has been run in recent years.

Last year, with only three Safety Car periods totalling six laps, Craig Lowndes and Steven Richards were first to the chequered flag in a time of 6:01:44.8637s, slashing Mark Winterbottom’s and Richards’ record of five years earlier by almost 10 minutes.

Shane van Gisbergen, who is joined by Garth Tander for a heavyweight driver pairing in the #97 Red Bull Holden Racing Team entry, believes this year’s race will be a similar affair.

“It’s going to be a crazy race and pretty fast-paced, I think,” said van Gisbergen.

“There’s not many cars anymore, so less chance of a Safety Car. Last (year) we saw that and there was a big difference, the fastest race ever, and I think it will be pretty similar (this year).

“So having someone like Garth who can just slot in, especially being the first (enduro) race of the year… It’s going to be a fast race, flat-out the whole way.”

McLaughlin, who has also confidently tipped his practice/qualifying lap record to be beaten, agreed, stating, “I think it’s going to be a very fast race. I think it just gets faster and faster every year.

“It’s all going to really be about no mistakes, probably more so from the co-drivers I think.

“It’s a big ask, racing Bathurst straight away but we’ve all got pretty decent (co-drivers) in that front pack and I think everything should be alright.

“I think it’s going to be fast and a bit different.”

McLaughlin will again have Frenchman Alexandre Premat as his co-driver, a man sometimes identified as a weak link given his shortage of racing miles, although the championship leader is not fazed.

“He does the same thing every year and he’s got the most confidence you have ever seen.

“He’s a Frenchman, and they don’t lack any confidence those blokes, so he will come in and be alright.”

Mostert, meanwhile, thinks that the race will also be a ‘clumsy’ affair given that is the first enduro of the season, a break from a tradition stretching back decades.

The Sandown 500 had been regarded as a chance for co-drivers to shake off any rust, as well as crews in performing driver swaps and brake pad or even rotor changes, but it is now the end of the Pirtek Enduro Cup.

“There’s a lot of cars capable of winning it this year, and I think there’s a lot of room for error too, in the first race (of the Enduro Cup),” said Mostert.

“Normally everyone has that Sandown to build up to Bathurst, all the crew and all that kind of stuff as well, so I think it might be a clumsy race.

“But, like the boys have said, it’s going to be fast as well.”