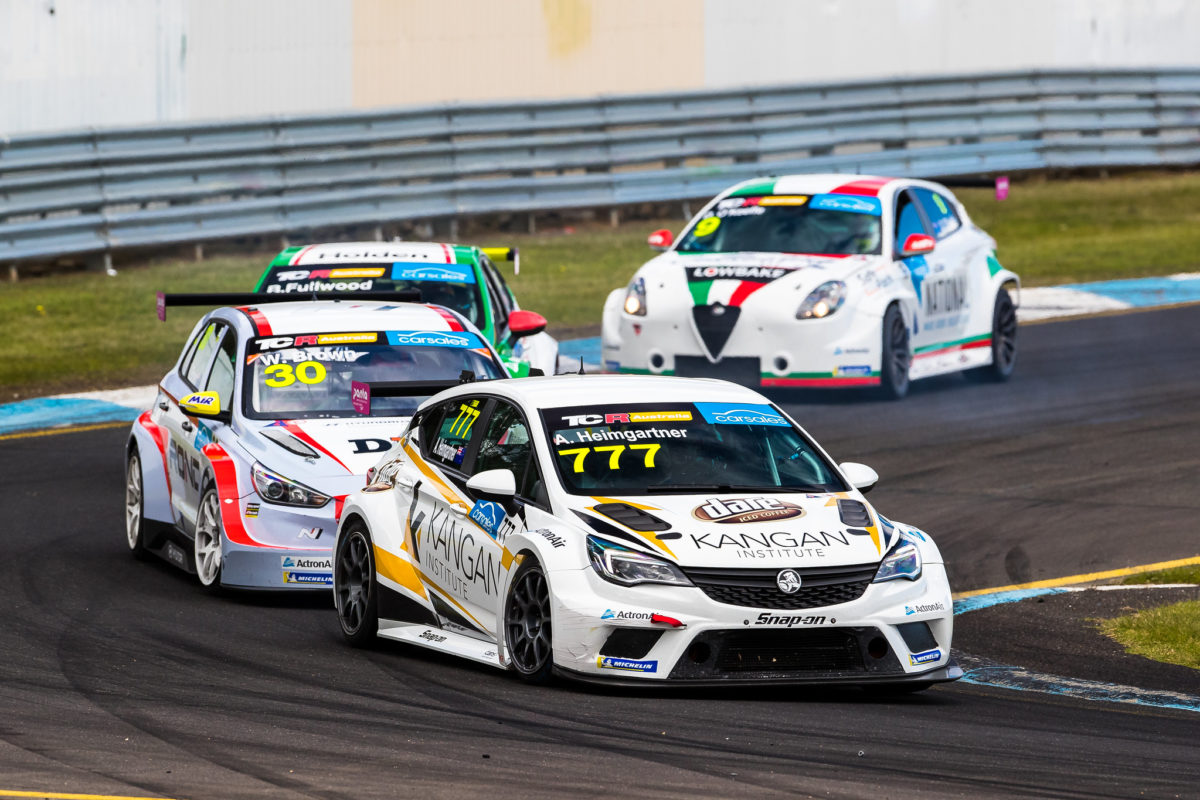 Kelly Racing team boss Todd Kelly is confident the Opel Astras his squad fields in the TCR Australia Series have the potential to be front runners.

The Braeside squad has endured a challenging season in the all-new series which saw it park its two especially troublesome Subarus.

It left the team running just two cars at Sandown, both Astras, for Andre Heimgartner and Bryce Fullwood.

“We’ve had a bit of trouble keeping the Subarus on the track; we’ve just run out of parts basically,” Kelly told Speedcafe.com.

“I think we broke three axles at Winton, and just could not keep the thing on the track, finishing.

“Everything we put in (was) brand new. It’s just how it is.

“So there comes a point where it’s a little bit ridiculous, but the Astras have got a lot of potential. They have had for a while.”

“We’ve had a lot of wiring, engine wiring issues,” he explained.

“They’ve been misfiring and carrying on up until – I think the last race at Winton was the first time we didn’t have a misfire all weekend.

“I think they’ve got the pace to be up in the top five but we just need to have a good weekend,” he added.

“We’ve made huge progress in fixing all the gremlins in these, and now we’re doing what we should be doing and fine-tuning set-up stuff instead of trying to fix engine misfires.”

Heimgartner finished Race 3 at Sandown a season best third, though was demoted post-race courtesy of a 15 second penalty.

It saw the Kiwi fall to eighth in the results, with Kelly admitting it is results that will prove the deciding factor as to his team’s future in TCR.

“We need to try and get a couple of results out of these cars and get a bit of interest for the drivers and stuff,” he reasoned.

“If there’s interest for people coming on board and sponsors and drivers to jump in, yeah, I’d love to keep running.”

The TCR Australia series heads to The Bend Motorsport Park for its season finale on November 15-17.