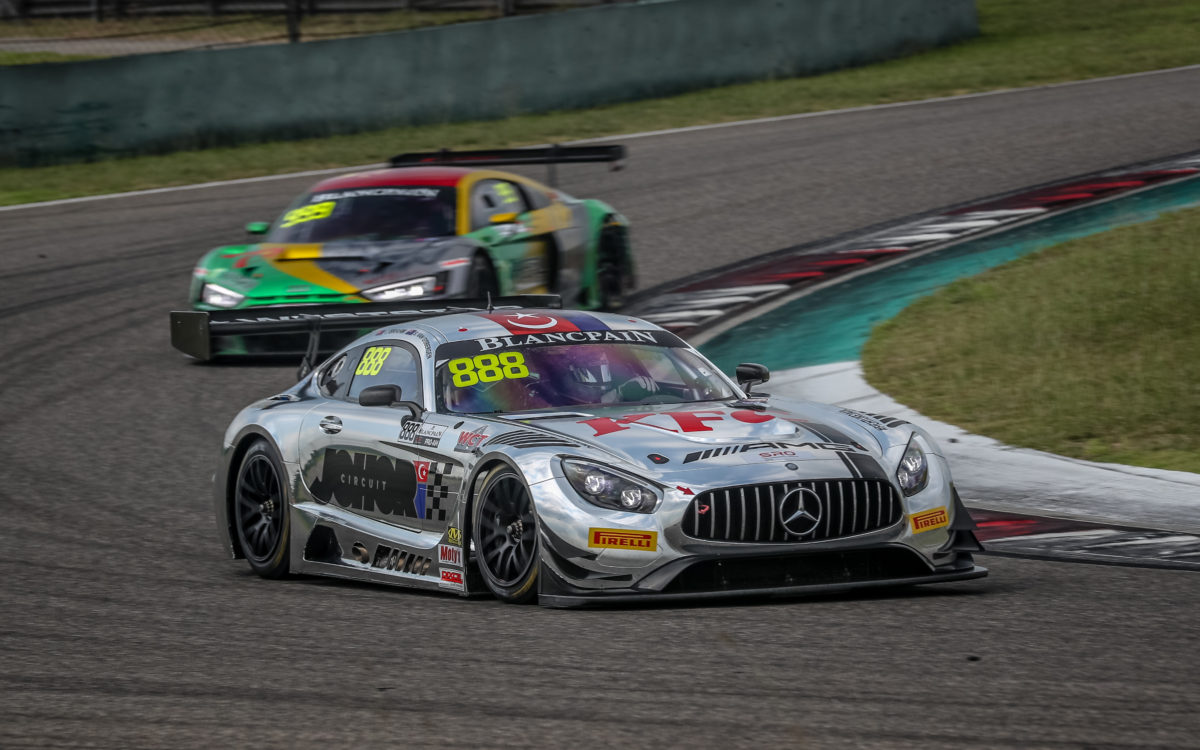 Shane van Gisbergen is set to compete as part of Triple Eight’s entry in the Blancpain GT World Challenge Asia season finale in Shanghai this weekend.

The Kiwi will line up alongside Prince Jefri Ibrahim aboard the team’s Mercedes-AMG GT3, with team boss Roland Dane also in attendance.

It marks van Gisbergen’s maiden appearance at the Shanghai International Circuit, having not been part of the Supercars fraternity when it competed there in 2005.

“It’s cool to be in China as it’s a new track for me and it looks pretty cool with a good layout and lots of challenging corners,” said van Gisbergen.

“I’ve watched and studied the races from last year and it looks like it’s going to be a good track to drive, so I can’t wait to get out there.”

Prince Jefri sits third in the Pro-Am standings while Triple Eight lies ninth in the teams’ standings in what is its first season in the Asian GT competition.

“We’ve come a long way in the last six months and Prince Jefri has taken massive steps forward as a race driver, we only wish there were another couple of rounds in the season,” Dane said.

“We’ve enjoyed the season to date immensely and it’s been a real privilege to join Triple Eight and Johor Motorsports together in the Blancpain GT World Challenge Asia this year,” he added.

“We’ve also enjoyed working with SRO crew under Benjamin Franassovici and are already looking forward to returning in 2020.”

Dane has previously admitted he’s open to expanding his GT program as soon as next season should the right opportunity present itself.

The weekend’s schedule includes two races, the first of which is scheduled for Friday afternoon with the finale on Saturday.

That makes for a short turnaround for van Gisbergen before he is behind the wheel of his Red Bull Holden Racing Team car on Monday for a pre-Pirtek Enduro Cup test at Queensland Raceway.