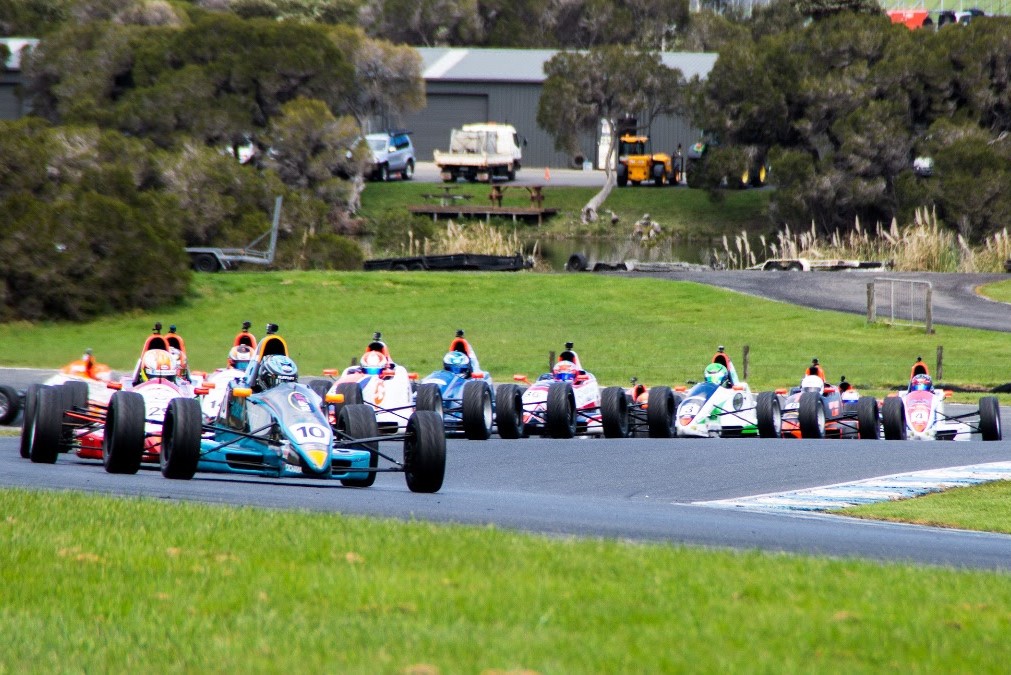 The national and Victorian Formula Ford fields will combine to form a 33-car grid for their season finales this weekend at Phillip Island.

Angelo Mouzouris heads the national title race with a 28-point margin to Zac Soutar having won the last round at Wakefield Park.

Thomas Sargent is another 28 points behind, with 20 on offer for each race win and one for pole.

Also among the field is Richard Davison, father of Alex and Will, who will drive his Van Diemen RF95 with which Garth Tander won the 1997 Australian Formula Ford Championship.

Qualifying will be split into separate sessions for the 18 Duratec cars and 15 Kent cars, before Race 1 on Saturday afternoon and another two on Sunday.

Meanwhile, CAMS has told Speedcafe.com that it is open to discussions with Formula Ford organisers about the category’s status in light of the discontinuing of the Australian Formula 4 Championship.