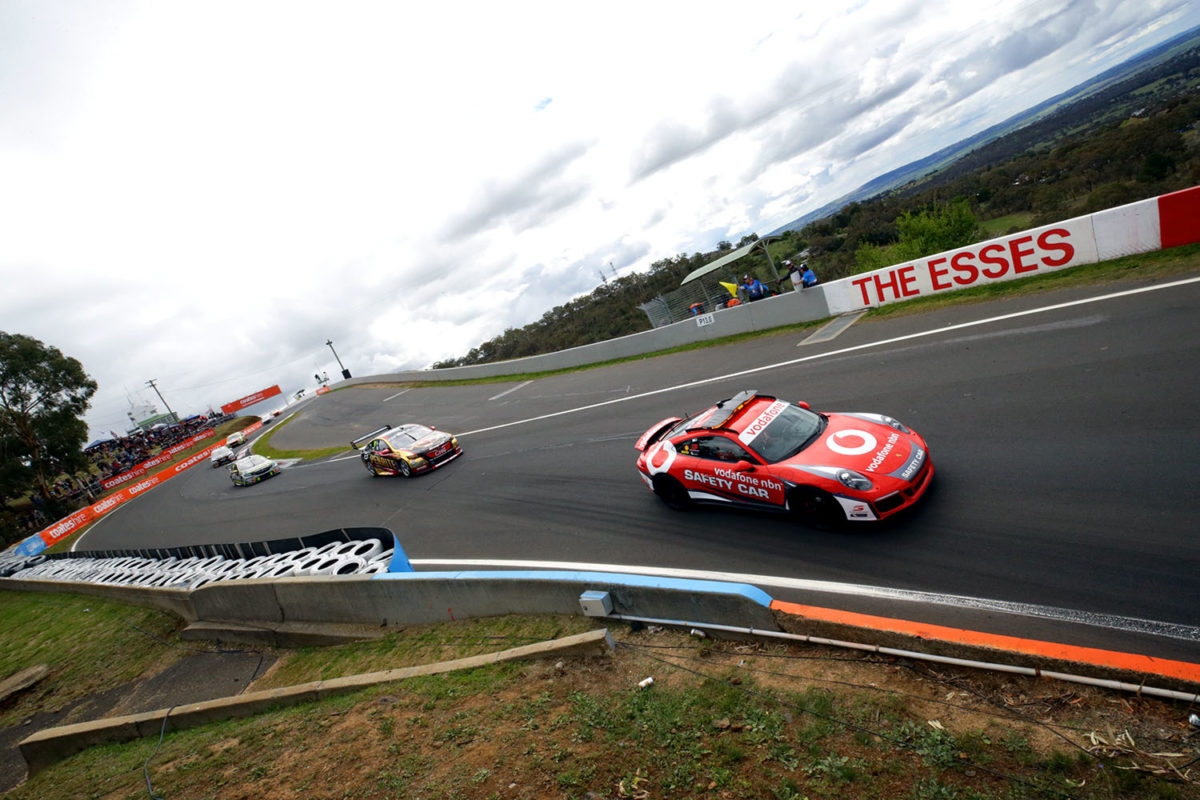 Supercars has confirmed an in-car hazard warning system will be in use for this year’s Supercheap Auto Bathurst 1000.

The championship has been developing a system similar to that debuted at the Liqui-Moly Bathurst 12 Hour in February which is designed to help warn drivers of upcoming hazards, blue flags and even the deployment of the Safety Car.

It is hoped the technology will help avoid similar incidents at blind sections of track.

Developed by MoTeC, the system is linked to Race Control and works in conjunction with the car’s data loggers and telemetry.

Drivers will be made aware of changes to racing conditions via a warning on the dash or shift light module.

“They’ll (teams) have the option of putting in another SLM, Shift Light Module, or (warnings) will go up on their dash.

“If we can save one accident across the top there, or a life, then it’s paid for itself.

“Bathurst is the easiest example, but that example counts everywhere, safety is one of our utmost concerns at every track.

“But clearly the nature of across the top of the mountain at Bathurst, it’s worth the exercise and cost purely for that race, when you see the accidents we’ve had there in the past.”

A more detailed system is set to be introduced when Supercars moves to a new specification Dorian timing system for 2020.

However, it has been confirmed all teams will operate the first part of the in-car warning system at the Great Race from October 10-13.