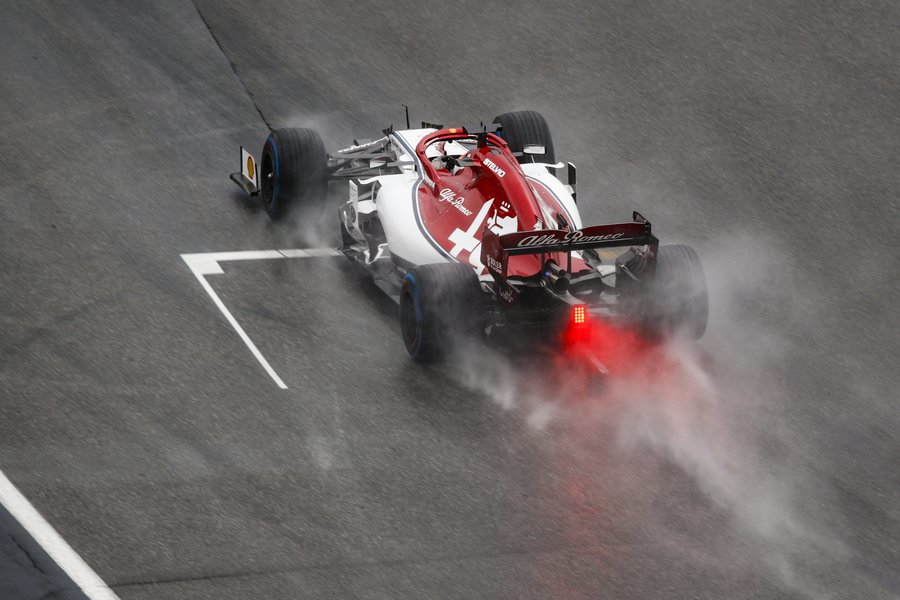 Alfa Romeo has lost its appeal over German GP penalties

Alfa Romeo has lost its appeal over the time penalties added to both its cars following the German Grand Prix.

Kimi Raikkonen and Antonio Giovinazzi finished the race seventh and eighth respectively before each were handed a 30 second post-race time penalty.

The penalties were for irregularity with the clutches on both cars, and saw them bumped back to 12th and 13th in the classification.

Specifically, it was found the torque in the clutch did not match the torque demand as the drivers released the clutch within the specified 70-millisecond time limit.

As such stewards deemed this breached Article 27.1 of the Sporting Regulations, which state that the car must be driven alone and unaided.

“The situation arose during the laps we spent behind the safety car ahead of the standing start – we suffered a dysfunction of the clutch that was beyond our control and we will further investigate the issue,” Alfa Romeo team boss Frederic Vasseur argued at the time.

“We respect the FIA’s process and the stewards’ work, but will appeal this decision as we believe we have the grounds and evidence to have it overturned.”

However, the International Court of Appeal has now dismissed the matter as inadmissible.