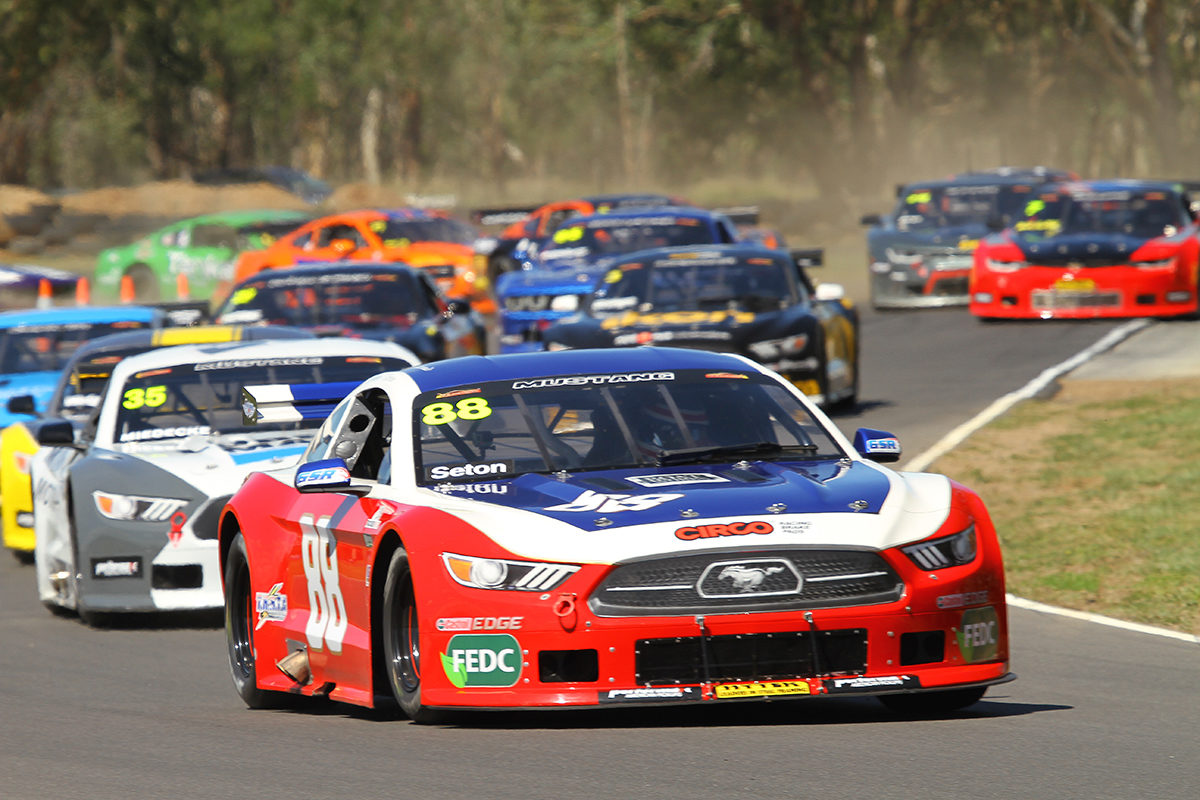 The Australian Racing Group is confident it will avoid conflict with Supercars over plans for its TA2 Muscle Car Series to appear on the Superloop Adelaide 500 support bill next year.

ARG has confirmed that the V8 powered touring car series that has recently aligned with the promoter has an invitation to feature at February’s Supercars season opener in addition to Touring Car Masters, which it purchased earlier this year.

Supercars is understood to have objected to plans for ARG’s TCR Australia class to feature on the Adelaide 500 support bill earlier this year which resulted in the category abandoning its effort.

While the event is organised and promoted by the South Australian Tourism Commission, Supercars has a say in vetoing support categories for the race meeting.

It is understood there are concerns of a fresh block threat now that ARG is trying to hold a round of the TA2 series at Supercars’ season-opener.

ARG, however, is adamant there is no reason why the TA2 series won’t be on the bill next year.

“All I can say on that one, basically, is that we have an invitation, pretty much an agreement, for TCM including TA2 to appear at the Adelaide 500, which is great,” said ARG director Matt Braid.

“We obviously want to go there, so as far as we’re concerned that’s underway. We’re progressing on the basis that TCM and TA2 will be at Adelaide.

“What happened with TCR happened. If it happens again with TCM and TA2, if they (Supercars) want to ark up about that sort of stuff, then that will be disappointing again. Realistically we think we’re in a good position. What objection could they have to those categories?”

“It’s the Adelaide 500 and all of our discussions have been with them as the promoter. They want the classes there, so there’s no reason why we can’t play.

“We’re looking forward to both of those categories going to Adelaide, and at this stage we’re making preparations for that to go ahead.”

Meanwhile, Supercars boss Sean Seamer says discussions with ARG regarding TA2 appearing at Supercars events are underway with Intellectual Property at the centre of talks.

TA2 is comprised of cars which are shelled as Ford Mustangs, Chevrolet Camaros, and Dodge Chargers.

Supercars also features Mustangs on the grid and while the Camaro’s General Motors brand is represented by Commodores, the inclusion of TA2 could create an issue without approval from the marques in question.

“Obviously we’ve got very strong, important relationships with GM and Ford in the main series, so we have to be protective about that. But we are talking to the ARG about TA2 and all of their categories at the moment. Those conversations have not finished.

“It’s a bit hard to talk about IP and commercial discussions with manufacturers. I’m not stone-walling, it’s like… there is a category that runs Mustangs and Camaros that needs to get their IP approvals.”

The Adelaide 500 has already confirmed the popular Stadium Super Trucks will return to the support bill for the February 20-23 event.