Hunter McElrea just missed out on the title pic: USF2000

Hunter McElrea has missed out on winning the USF2000 Championship at season finale at Laguna Seca.

The New Zealander headed the competition going into last weekend’s event, but a tough second race saw him drop five points behind Braden Eves (Cape Motorsports) in the final standings.

However, having not set a time in qualifying for Race 2 courtesy of a broken throttle sensor, the Kiwi driver was forced to start from 18th and last.

Though he charged up to seventh by the finish, victory for Eves saw the American gather enough points to overhaul McElrea and take the championship at the final hurdle. Campbell and Imperato recorded a fourth overall and second in Pro-Am class in Saturday’s race, before taking a third in class and seventh overall on Sunday.

The weekend’s opening race was dominated by the Ferrari of Serra and Vilander, who maintained the lead despite a late Safety Car obliterating their advantage.

That interruption preluded a brief battle for Pro-Am Class honours, with Campbell slipping to third in class before recovering the place from Martin Barkley and Kyle Marcelli’s Acura.

Hedlund and Cameron then claimed overall honours in the weekend’s second race, the Pro-Am pairing edging out the Vilander/Serra Ferrari by less than half a second.

The Bentley of Andy Soucek and Alvaro Parente rounded out the podium, more than 10 seconds away from the leading two but less than a second ahead of their K-Pax Racing team-mates Rodrigo Baptista and Maxime Soulet in fourth.

It was a finish that proved controversial after a late full course yellow was called off by race officials, and saw Serra jump from fifth to second amid the mayhem.

By doing so, Serra and Vilander claimed the Pro Class title with a round to spare, the finale at Las Vegas Speedway on October 18-20. However, the English youngster wasn’t able to maintain the spot, with Lawson climbing from eighth to take victory.

Lawson moved into the lead on the final lap of the wet race, rounding Nicolai Kjaergaard at Turn 1, having risen to fifth on the opening lap.

Australians Calan Williams and Jack Doohan were 14th and 15th respectively, the pair among many to make mistakes and fall down the order in the conditions.

Qualifying fourth for Race 2, Lawson fell to sixth during the 17 lap encounter, which was won by pole-sitter Teppei Natori.

Euroformula Open moves to Monza for the season finale on October 12-13. Philip Hamprecht stands on the brink of a maiden Porsche Carrera Cup Asia title after a win and third place in Singapore.

Hamprechet was third on Saturday afternoon behind teenager Daniel Lu Wenlong and Martin Ragginger, before leading from pole on Sunday.

Lu Wenlong’s victory was his first in the series, while Will Bamber failed to start the race after being excluded from qualifying, having set the fastest time.

In Sunday’s race he started from last before charging to fifth at the flag and claiming fastest lap.

Ragginger’s title hopes took a hit when he slid out of the race in the closing stages with tyre trouble, and was classified a lap down in 20th by the chequered flag.

The final round takes place in Shanghai as part of the World Endurance Championship weekend on November 8-10. 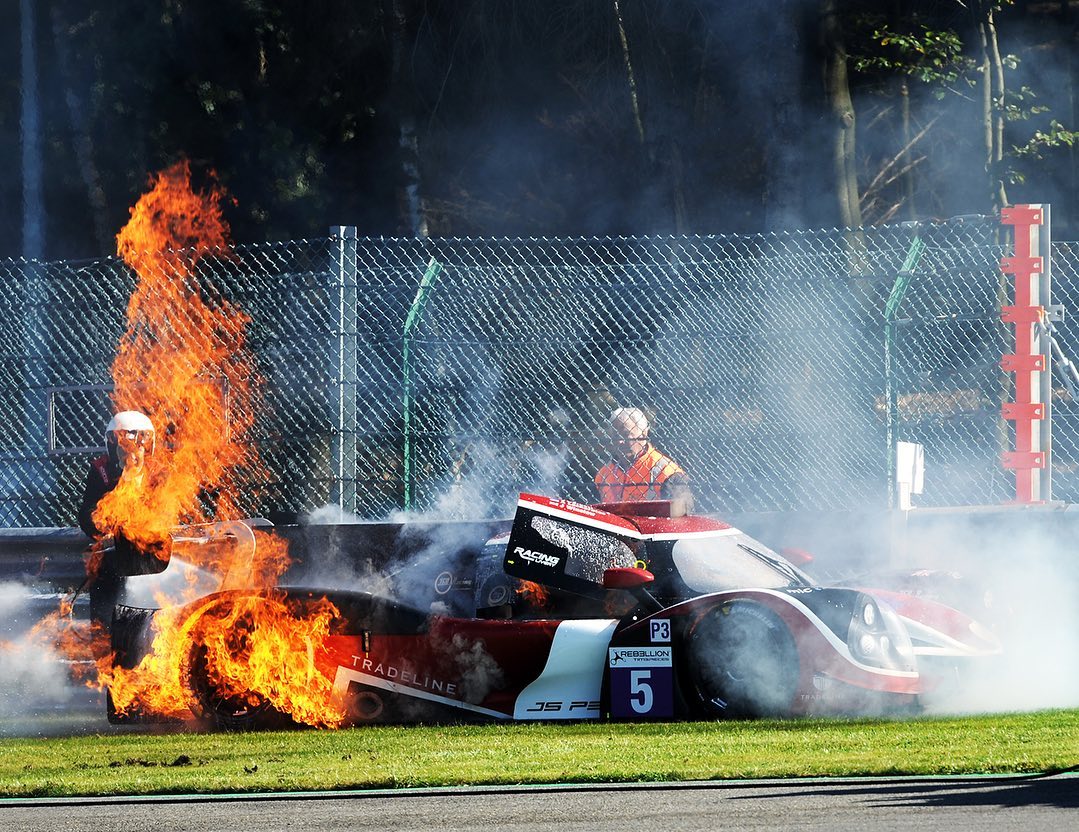 Tristan Gommendy was deemed to have breached Full Course Yellow procedures and so was forced to trundle down the lane, allowing Phil Hanson and Filipe Albuquerque through for the win.

Nicolas Lapierre and Antonin Borga were classified second at the flag for Cool Racing, with the Graff entry of Gommendy third.

John Corbett and James Winslow, driving for 360 Racing, ended the race in 32nd and the final LMP3 runners, the team having recovered from a fire during opening practice.

The Luzich Racing Ferrari 488 GTE Evo was the leading LMGTE runner to the flag.

The European Le Mans Series carries on to Portimao for the final round of the year on October 25-27. 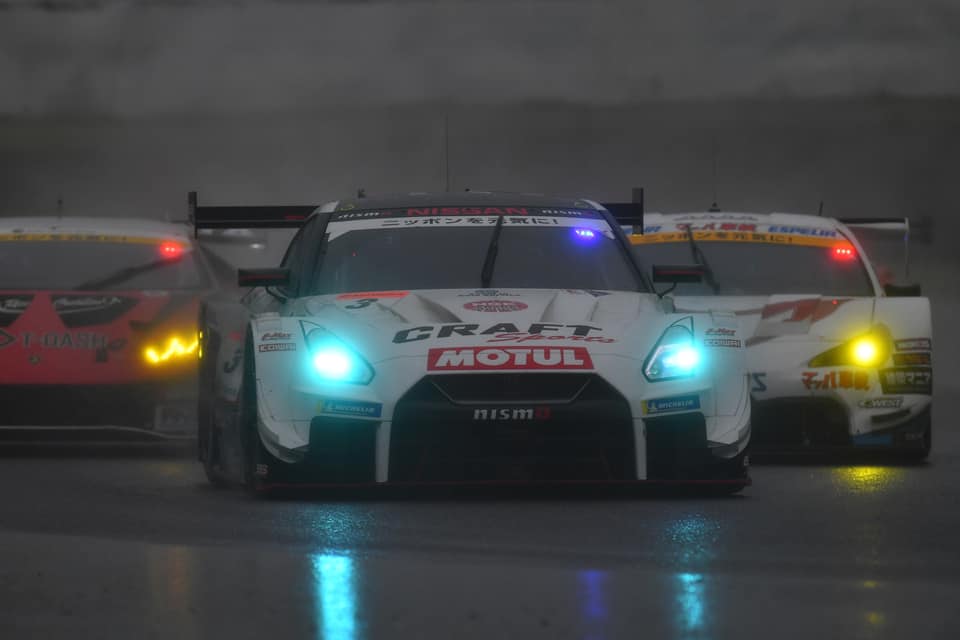 Nissan claimed its maiden Super GT win of 2019 at Sugo in wet conditions.

Frederic Makowiecki and Kohei Hirate combined to win the race which began behind the Safety Car owing to the conditions.

Jenson Button and co-driver Naoki Yamamoto led the early stages though slipped back as the race continued, having been harried by Nick Cassidy in the opening laps.

Makowiecki made his move for the lead at Turn 1 on Lap 53 holding on to win from Tadasuke Makino and Narain Karthikeyan in a Honda.

The podium was completed by a second Nissan, driven by Matsuda and Ronnie Quintarelli.

Fourth home was Cassidy and Ryo Hirakawa, who head into the final race of the season seven points behind series leaders Kenta Yamashita and Kazuya Oshima.

The final championship race of the year will be held at Motegi on November 2-3, ahead of a non-championship joint event with DTM at Fuji later in the month. 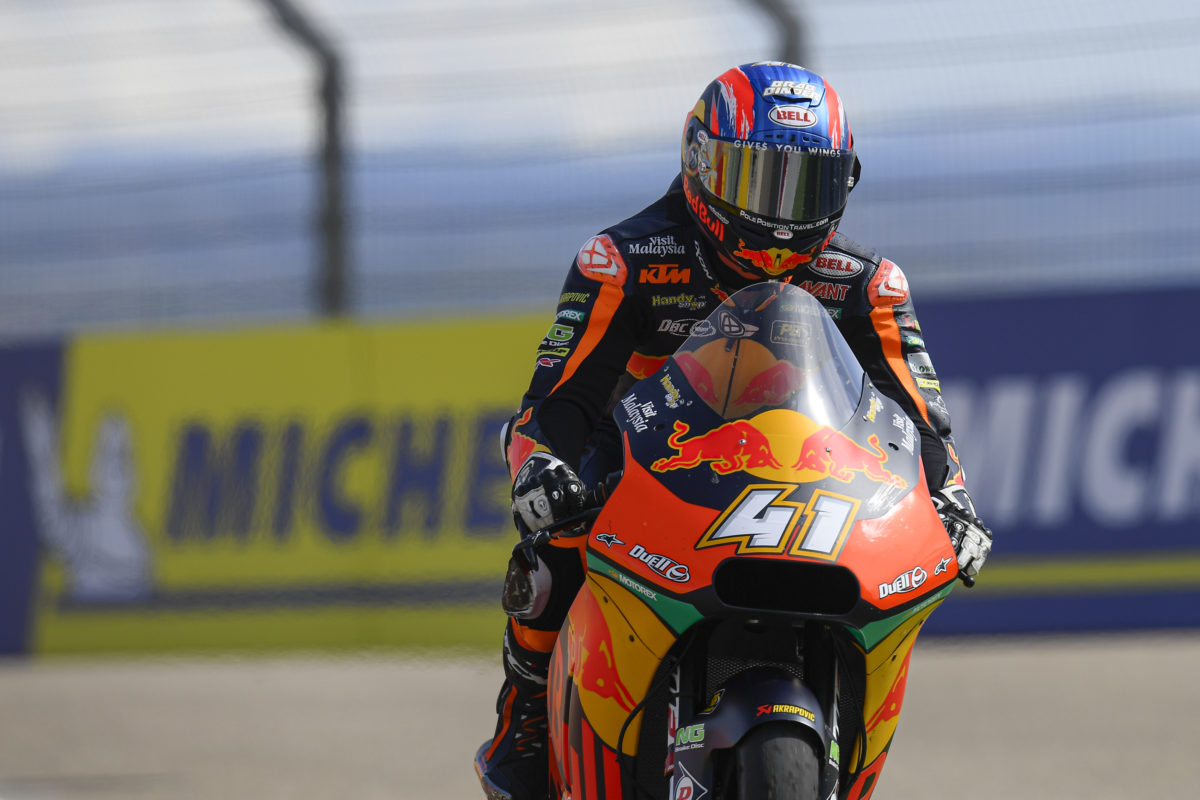 Binder led away from the front row, got as far as 2.2s clear of the rest, and had enough in reserve when eventual runner-up Jorge Navarro (HDR Heidrun Speed Up) closed in near the end of the 21-lapper.

Marquez (EG 0,0 Marc VDS Kalex) was embroiled in a battle for second with Luca Marini (SKY Racing Team VR46 Kalex) for some time before being passed by Navarro on Lap 19.

His advantage in the standings is now 38 points, with Navarro taking over second after Augusto Fernandez (Flexbox HP40 Kalex) crashed at the Reverse Corkscrew on Lap 1 and finished 22nd.

Remy Gardner was just outside the top 10 for the entire race and brought his ONEXOX TKKR SAG Team Kalex home in 13th.

The next round is in Thailand on October 4-6.