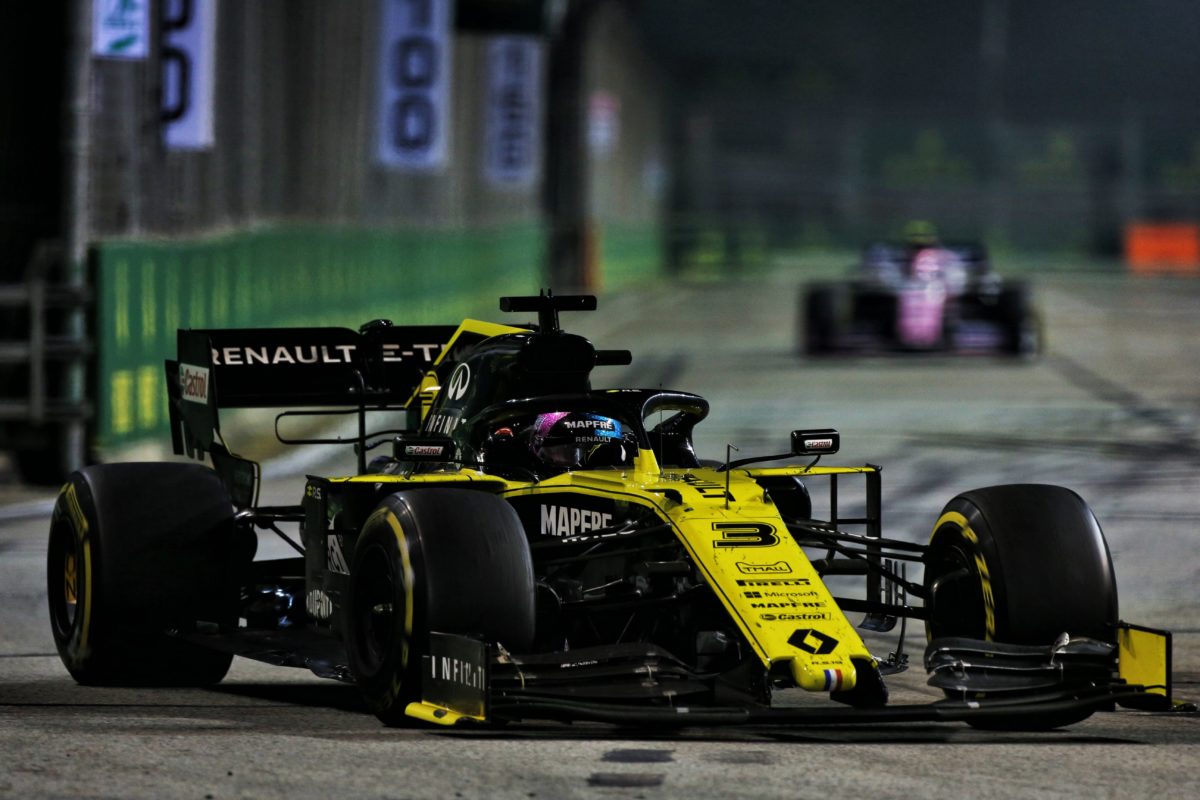 Daniel Ricciardo believes that he ‘deserved better’ from the Singapore Grand Prix after what he perceived to be an extremely harsh penalty ‘ruined’ his race before it had even started.

Ricciardo qualified eighth fastest but was excluded from the session when stewards found a spike in power from his Renault R.S.19’s MGU-K during Qualifying 1.

It meant that the West Australian started 20th at the Marina Bay Street Circuit, from which he eventually took the finish in 14th position after an eventful evening.

Speaking ahead of the race, Ricciardo was convinced that his penalty was too harsh and left him with no chance of achieving a decent result.

“I mean, qualifying’s everything here so I’ve basically flown halfway around the world for… they’ve wasted my time now.”

Renault claimed that the advantage which Ricciardo experienced when his MGU-K exceeded the power limit of 120kW amounted to only one microsecond.

In any event, the lap in question was not even his fastest during the first part of qualifying and therefore played no role in him advancing to Q2.

However, F1’s technical regulations do not allow for such circumstances to be considered, something which Ricciardo says needs to change.

“But then kind of doing this, it’s kind of going against everything they’re trying to get from the sport.

“I mean, treat it like a track limit – you know, if you go off the track, delete that lap – but don’t take the whole qualifying away.

“I’ve been stitched with that one, but I hope, moving forward, they can not stitch anyone else because it’s too harsh for what the penalty is and, I don’t know, fine us or something.”

In the race, Ricciardo made a series of bold moves to climb to 12th on Lap 10, a progression helped somewhat by an incident between team-mate Nico Hulkenberg and McLaren’s Carlos Sainz which saw them pit after Lap 1.

He was finally forced into his first and only pit stop when he made contact with Antonio Giovinazzi in trying to pass the Alfa Romeo for seventh on Lap 34, and at one point dropped from 13th to 16th when he got caught off the race line while trying to attack Toro Rosso’s Daniil Kvyat at a restart.

He got back up to 14th before being passed on the final lap by Lance Stroll (Racing Point), having appeared to be in a battle with Sainz.

“It was a long one today and it’s a shame it ended up like that,” said Ricciardo.

“The start was fun with some good overtakes and getting into a decent position. I gained some confidence there and got into a rhythm. We were ticking every box and really made the most of everyone being bunched up.

“Then it all came undone with the incident and the puncture meant our race was more or less over. We deserved a better outcome today.”

Ricciardo dropped one position to ninth in the drivers’ championship given Alexander Albon, with whom he had been tied, scored eight points for finishing sixth.