Newgarden wins title as Herta holds off Power in finale

Newgarden wins title as Herta holds off Power in finale 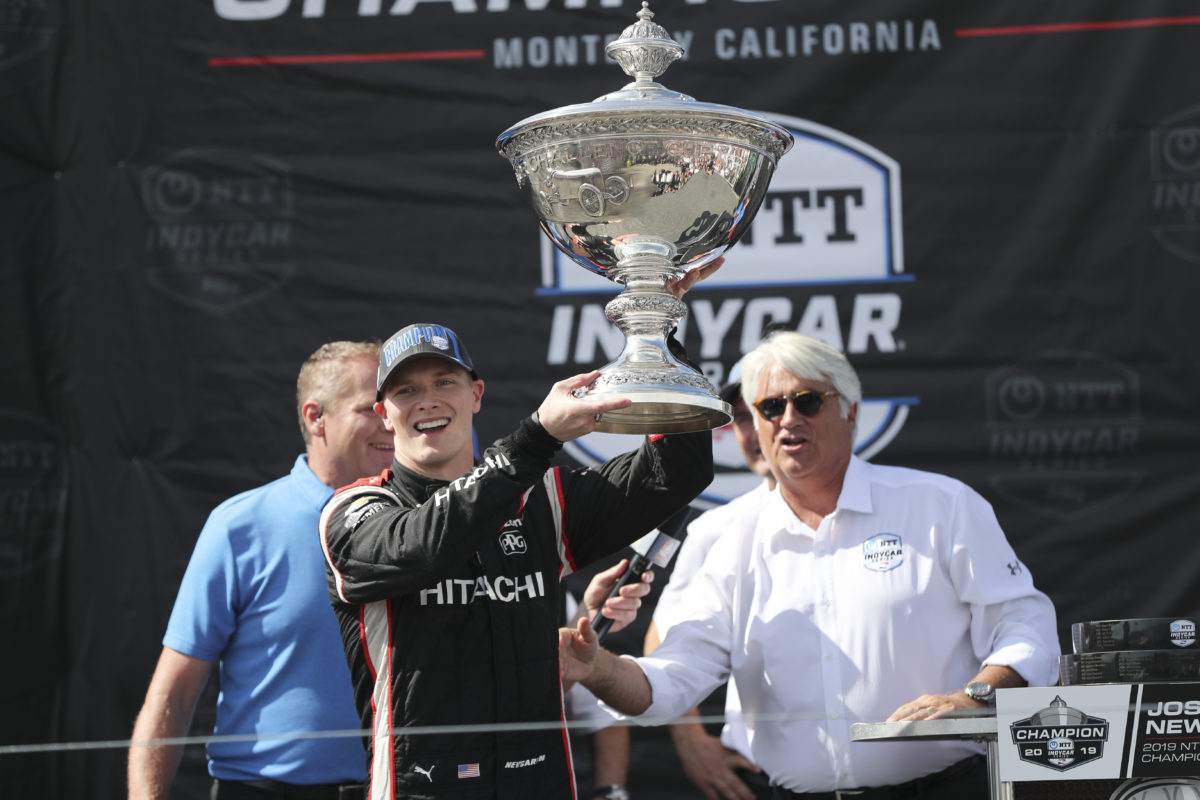 Josef Newgarden has won the 2019 IndyCar Series by finishing eighth at Laguna Seca, while Colton Herta beat Will Power to victory in the season finale.

Herta had qualified on pole in the #88 Harding Steinbrenner Racing Honda and led all the way but for his three pit stops.

He found himself briefly second after taking his second stop but could not keep Scott Dixon at bay and let Simon Pagenaud, team-mate and a series contender, go as well.

Power got those spots back when he ran slightly longer before pitting for a final time, taking up the chase just behind Herta.

The Queenslander ultimately crossed the finish line 0.5878s back after 90 laps, which included one Caution that fell right at the halfway mark.

Dixon (#9 Chip Ganassi Racing Honda) had run in an effective second position until the final stint and got home in third position, barely a tenth ahead of Pagenaud (#22 Chevrolet), after managing to stave the Frenchman off.

It still was not enough for either to jump Newgarden in the standings, although Pagenaud took the runner-up position off Alexander Rossi by a single point.

That was because Newgarden grafted his way to eighth in the #2 Team Penske Chevrolet.

The 2017 champion tailed his nearest series rival, Rossi (#27 Andretti Autosport Honda) in an early battle for third but found himself sixth soon after the first stops as their tyre strategies diverged.

Rossi came back to Newgarden as his alternate tyres wore out and they pitted together on Lap 36, at which time the Andretti driver was released just ahead of the Penske steerer.

That left them down in seventh and eighth respectively, before each gained a position in the third pit stop cycle.

Rossi was not a worry as long as they remained in those positions, and the threat of Pagenaud eventually passed, meaning there was no harm done when Sebastien Bourdais (#18 DCR w/ Vasser-Sullivan Honda) got by Newgarden on Lap 85.

The series top five ended up Newgarden from Pagenaud, Rossi, Dixon, and Power.

Next year’s season starts in St Petersburg on March 13-15.