Gardner: Miller has ‘got it together’ now

Gardner: Miller has ‘got it together’ now 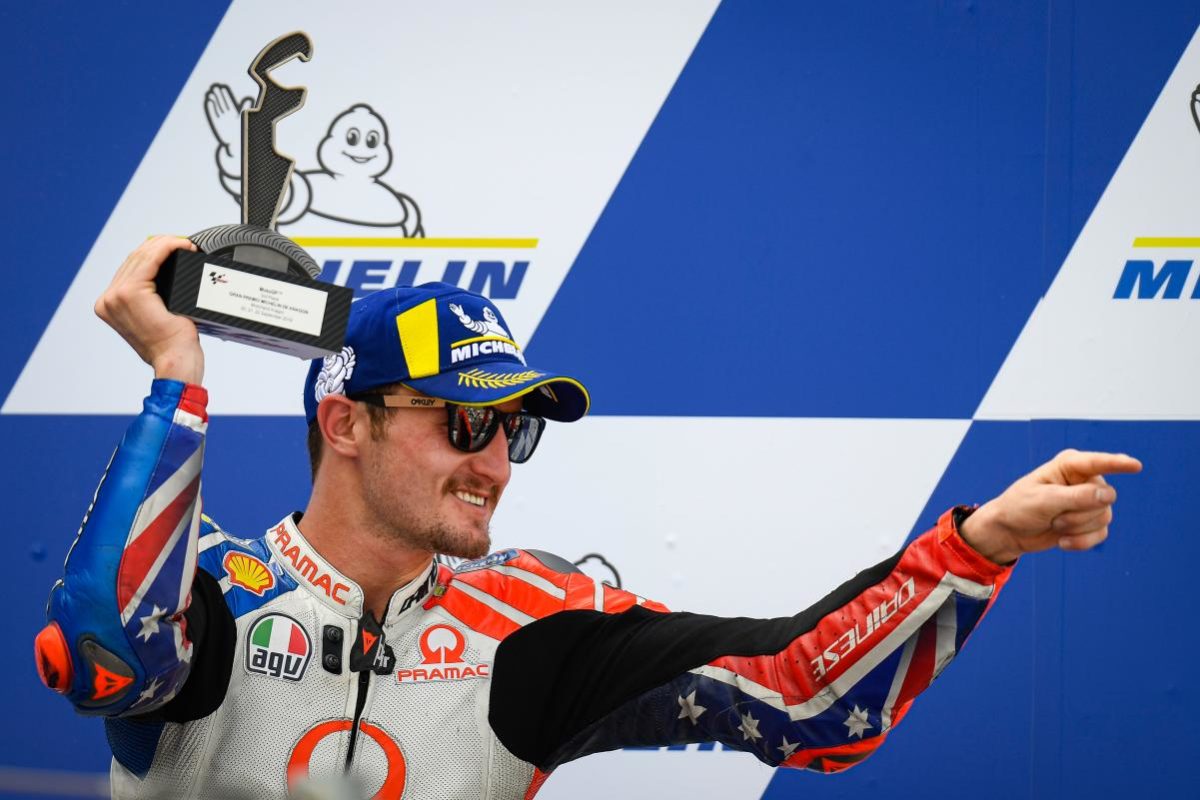 Jack Miller on the podium at the Michelin Grand Prix of Aragon pic: MotoGP.com

Miller achieved his third podium of the season in the weekend’s Michelin Grand Prix of Aragon with a measured performance in which he passed Maverick Viñales for third at the start of the final lap.

The Pramac Ducati rider has finished at least ninth each time he has finished this year, including six times in the top five, through 14 races to date.

In his fifth year in the premier class, to which he stepped up directly from Moto3, Miller is eighth in the championship.

He is therefore likely to beat his previous best season result, given Pol Espargaro currently sits 40 points behind in the Australian’s high watermark position of 11th in the 2017 standings.

“So, he’s now got that behind him. You’re starting to see the potential in Jack. Jack is a very talented rider.

“I think he struggled a little bit with focus in the past, but it looks like he’s got it together there last year and especially this year.

“Jack is a future winner, there’s no doubt. Great rider.”

Gardner, who remains close to the grand prix paddock given his son Remy competes in Moto2, also thinks that Miller is a serious prospect come his home race next month at Phillip Island.

Miller has led the Australian Motorcycle Grand Prix in each of the past two seasons, on a Honda and then a year-old Ducati which had been thoroughly uncompetitive in 2017 at the Victorian circuit.

“He’s a great role model. He’s a character – we all love Jack to death,” added Gardner.

“Remy and Jack are good mates. Jack is always around the place being the Aussie boy – he’s great for MotoGP and I think that he’ll have a chance of winning at Phillip Island.”