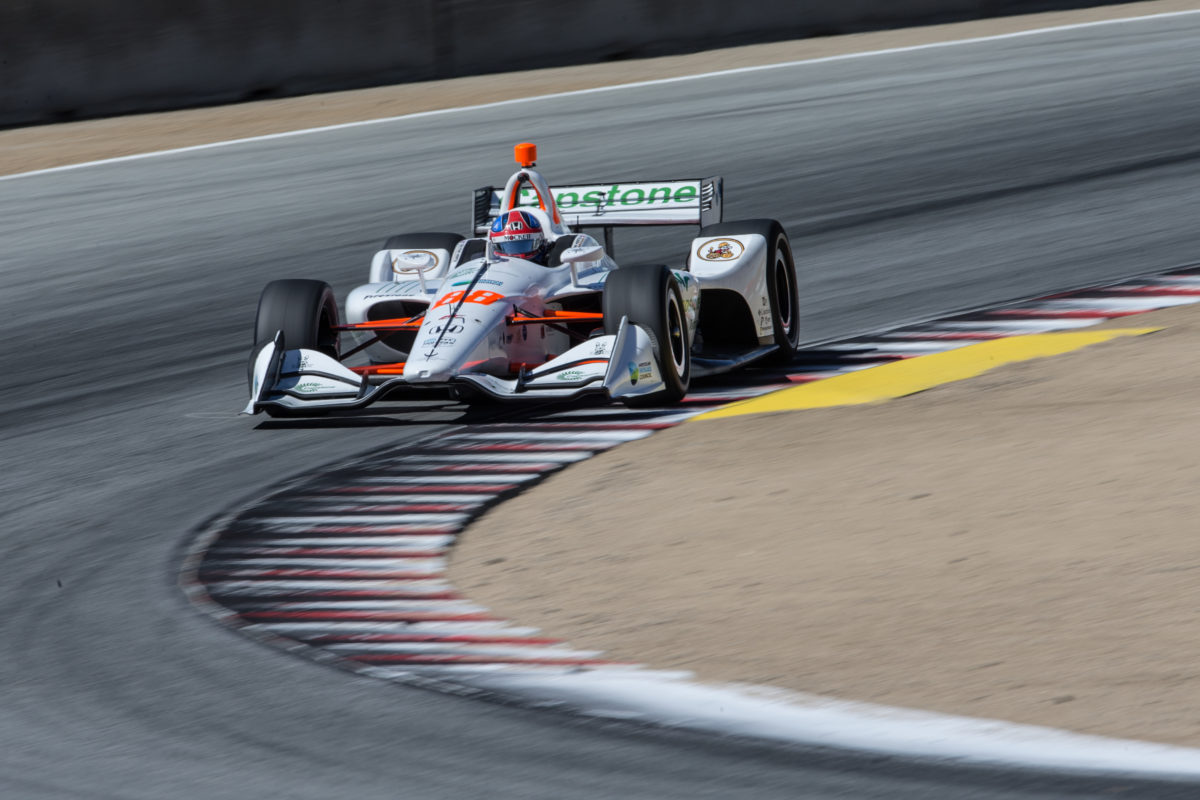 Colton Herta has pipped Scott Dixon to pole position for the IndyCar finale at Laguna Seca as all four title contenders made the Fast Six.

Alexander Rossi (#27 Andretti Autosport Honda) took third and will share the second row with series leader Josef Newgarden (#2 Team Penske Chevrolet), who outbraked himself at Turn 2 while a chance at knocking off Herta in the final minute.

Will Power (#12 Team Penske Chevrolet) was bumped out of the top six late in the second part of qualifying and is set to start from seventh position.