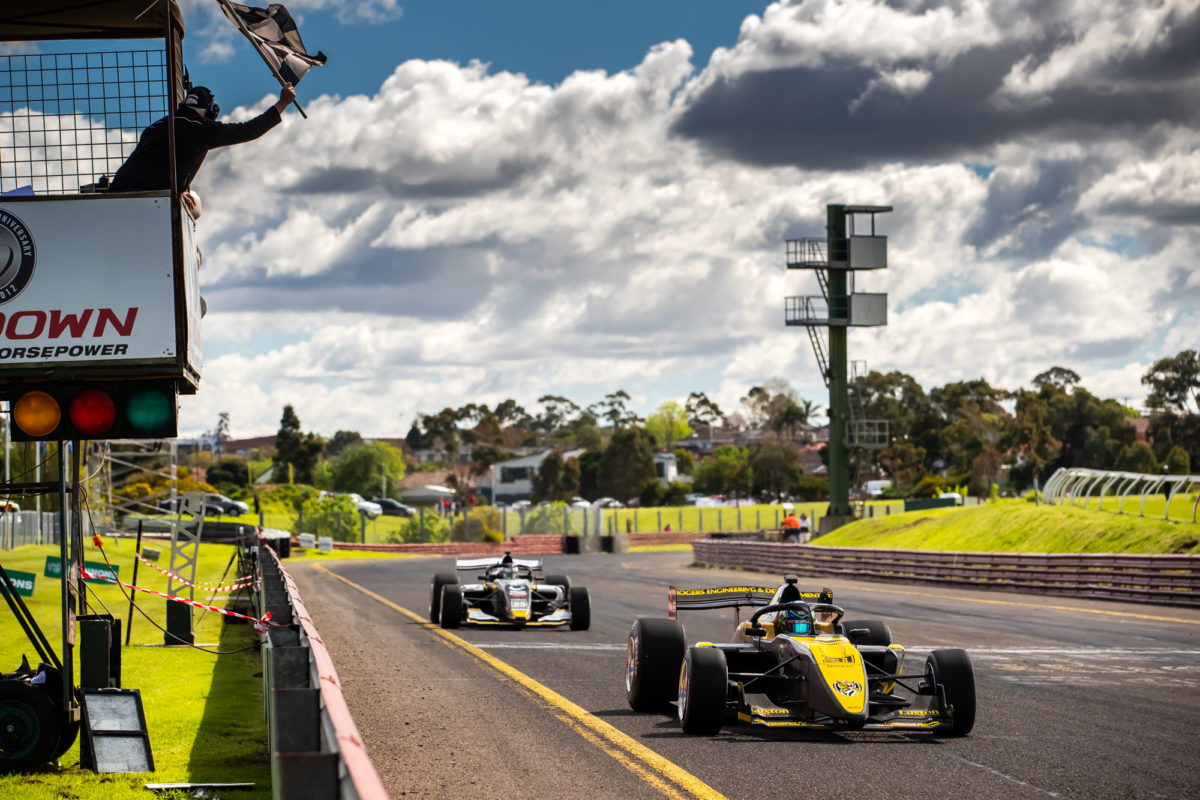 The Garry Rogers Motorsport racer made a lightning start from seventh to wind up second as the field streamed into Turn 1 as Brabham saw off polesitter Will Brown at the start.

The front three managed to quickly gap the field but the complexion of the race changed on lap five when Brabham threw away the lead after a lock up on the run into Turn 9.

The MTEC Motorsport driver slid into the barrier damaging the rear of his car which put him out of the race.

Golding inherited the lead but was under pressure from Macrow for the remaining 10 laps.

However, the 23-year-old managed to hold off Macrow to take the win in the 16 lap heat by 0.4s with John Martin in third.

“I got an awesome start there; it’s really tricky to get these things off the line so it shows when you nail it, it makes a difference,” said Golding.

The battle for the final podium place provided an entertaining battle after Ricky Capo (Modena Engineering) lost control at Turn on Lap 4 having held fourth in the early stages.

However, the critical move for in the fight for third came on Lap 8 when Martin produced a sensational move around the outside of Davison at Turn 6.

Martin would go on to set a string of blistering times, setting a new 1:04.730 lap record in the process.

Behind, Davison brought his Team BRM entry home in front team-mate Barrichello, who managed to get the better of Brown with an impressive pass on the brakes into Turn 2 on Lap 11.

Barrichello’s race was hampered at the start when his car appeared to lose power on the run to Turn 1.

Speaking after the race, Brabham admitted that he was pushing too hard.

“These cars are quite difficult to drive and I’ve just been trying to learn so quickly in a short amount of time. I was in the lead and felt comfortable and I was just trying a few things differently,” said Brabham.

“I just need that last bit of time out of it. I was pushing a little bit too hard and went to deep and once you lose it in these thing it is so hard to gather it back up.”

Combined points from the two qualifying races will set the grid for this afternoon’s 25 lap Feature Race.

As a result, Macrow will start on pole position alongside Martin with Race 2 winner Golding sharing the second row with Barrichello.