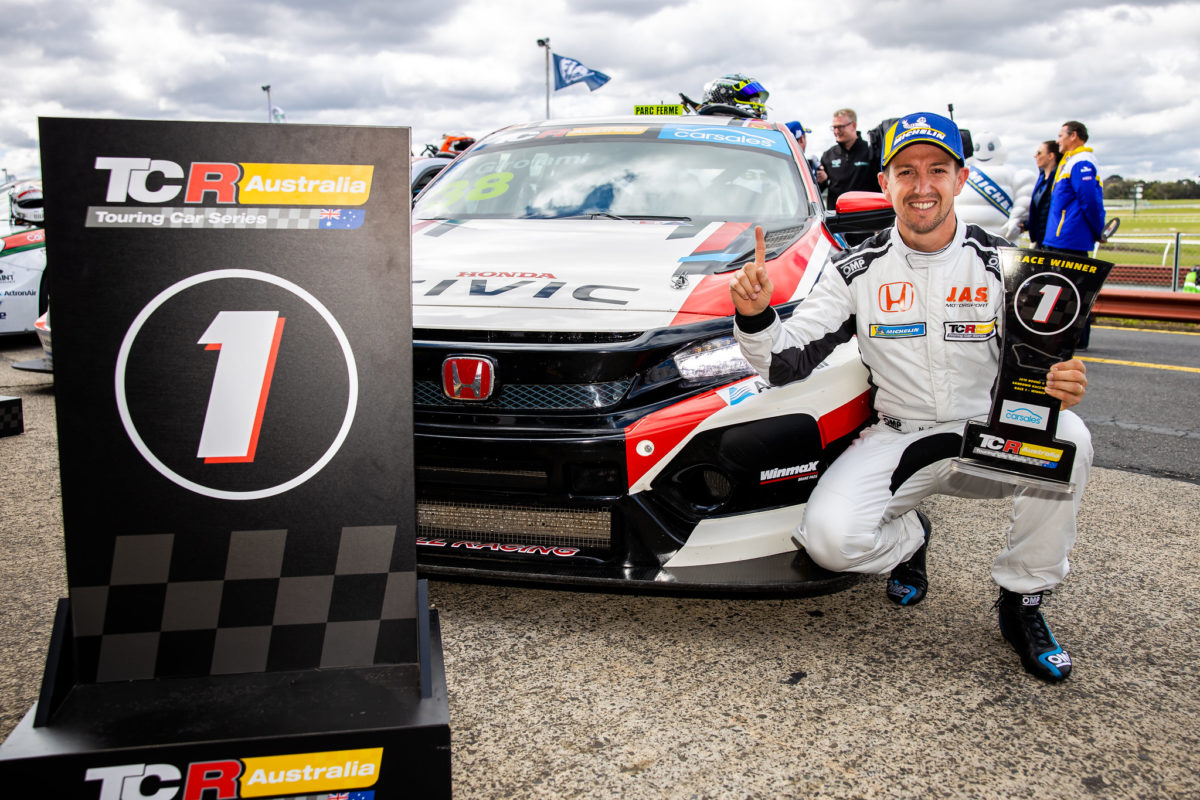 Nestor Girolami avoided plenty of chaos behind to take a second victory in a twice interrupted TCR Australia Race 2 at Sandown.

Girolami made no mistakes from the start as he converted pole position into the lead while Jordan Cox slotted into second and John Martin (Wall Racing , Honda) jumped to third.

Series leader Will Brown bogged down at the start, dropping from second to sixth in the #30 HMO Customer Racing Hyundai.

Moffat was among those to make a strong start to leap into fourth while Russell Ingall (Melbourne Performance Centre, Audi) found himself in seventh after starting from 12th.

At the front, Cox soon latched onto the rear wing of Girolami while Ingall slid by Melbourne Performance Centre team-mate Garth Tander for sixth at Turn 6.

However, green flag racing was short-lived with the Safety Car deployed on Lap 3 after two separate incidents.

Moments later Ingall lost control of his Audi, spinning out of sixth and into the gravel trap at Turn 1.

Girolami was challenged by Cox when racing resumed on Lap 7, but the latter lost the rear and compromised himself for Turn 4, running across the grass on consecutive laps.

The first occasion saw Cox lose second to Moffat while the second saw the Alfa Romeo driver rejoin the track and make side-to-side contact with Martin.

The touch forced the Honda driver to the pits and into retirement with a broken steering arm.

Officials neutralised the race again when Alexandra Whitley (Alliance Autosport, Volkswagen Golf, was stranded on the back straight.

Girolami nailed the restart but the same could not be said for Moffat who made an error at the final corner.

Action continued until the final lap when Andre Heimgartner (Kelly Racing, Opel), in fifth, nudged Cox into a spin at Turn 4.

While there was plenty of action, Girolami cruised to the chequered flag ahead of Tander and Moffat.

After struggling for pace, Brown edged title rival Dylan O’Keeffe (Ash Seward Motorsport) for seventh at the finish as Fullwood and Liam McAdam (Melbourne Performance, Audi) rounded out the top 10.