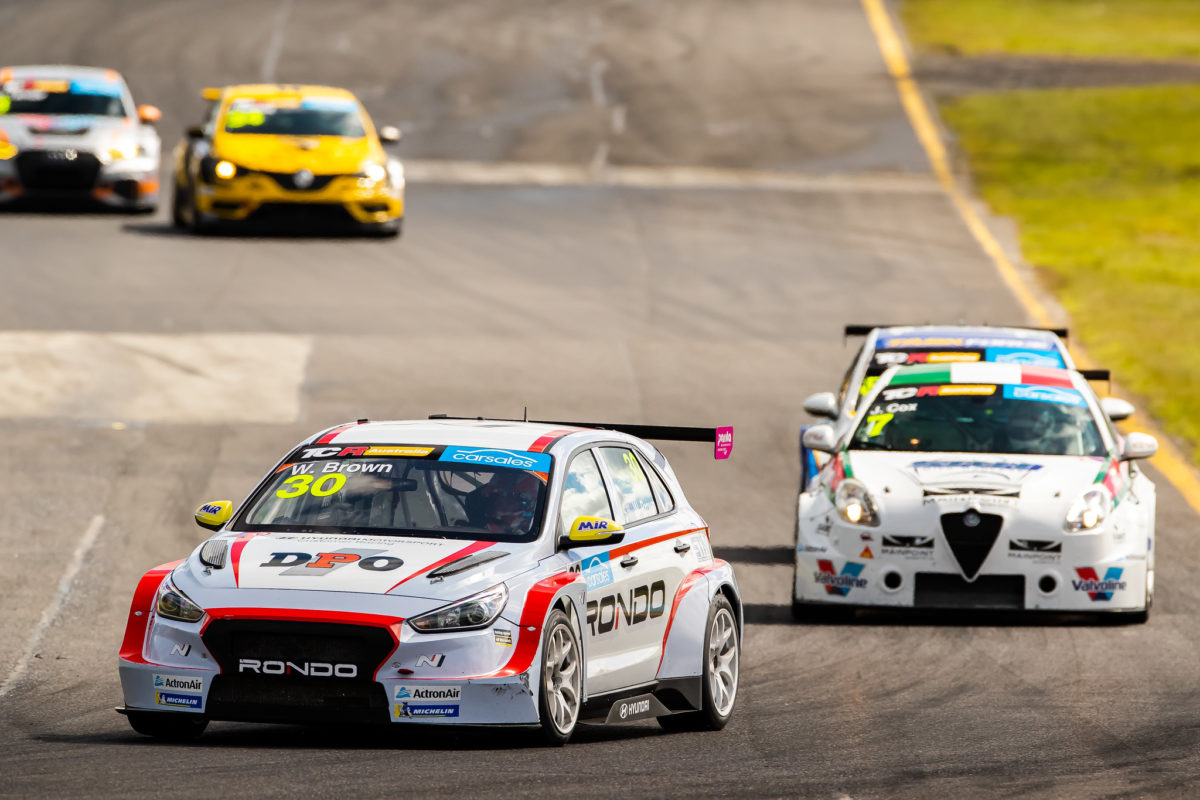 Will Brown has become the inaugural TCR Australia Series winner as Nestor Girolami completed a clean sweep of Round 6 with victory in Race 3 at Sandown.

The HMO Customer Racing driver endured an eventful race at Sandown that saw him spin at Turn 2 on the opening lap that handed a lifeline to title rival Dylan O’Keeffe (Ash Seward Motorsport).

However, Brown managed to recover to eighth which was enough to secure the title after O’Keeffe (Ash Seward Motorsport, Alfa) could only finish 11th following an error of his own at Turn 9 on Lap 4.

Ultimately the incident handed the Brown the series with a round remaining at The Bend Motorsport Park in November.

“It feels awesome. It’s a bit bitter-sweet after fencing it by myself, but we fought back and I was able to pass a few people and get there,” said Brown, who has scored six race wins this season.

“I can’t thank the boys from HMO Customer Racing enough.

“I got a really good start and then absolutely put it in the fence myself. That was disappointing.”

While Brown celebrated the title success, Girolami (Wall Racing, Honda) stamped his authority on the meeting as the WTCR driver wrapped up Race 3 despite coming under race long pressure from Garth Tander (Melbourne Performance Centre, Audi).

Girolami streaked away at the start with team-mate Tony D’Alberto with Tander in third, but it wasn’t long before the order changed.

Tander managed to pass D’Alberto for second on Lap 2 with the Audi driver going on to apply pressure on Girolami.

D’Alberto held third until Lap 13 when Andre Heimgartner (Kelly Racing, Opel) managed to find a way through to the final podium spot, although the move is understood to be under investigation.

Heimgartner went on to take third at the flag for Kelly Racing’s first TCR podium.

D’Alberto crossed the line in fourth ahead of Jason Bright (Alliance Autosport, Volkswagen).

TCR Australia heads to the Bend Motorsport Park for the season final from November 15-17.

UPDATE: Heimgartner was issued with a 15 second post-race penalty for overtaking under yellow flags.