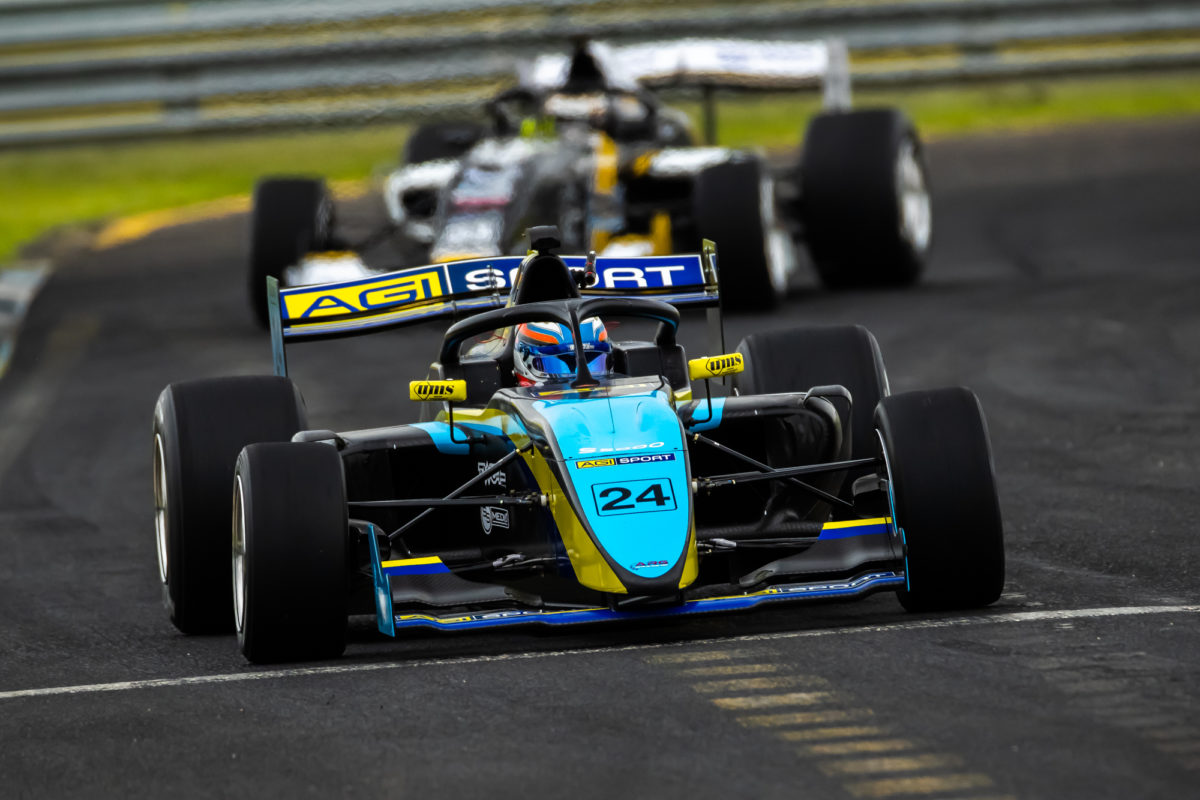 John Martin has made history by claiming the first pole position in the new S5000 series at Sandown.

The experienced single-seater driver found himself locked in a battle with S5000 development driver Tim Macrow (MTEC Motorsport) for much of the session, eventually winning out by 0.013s.

Category regulations dictate that the top 10 get to determine their grid positions for the first two qualifying races, with the order for Qualifying Race 1 reversed for Sunday’s Qualifying Race 2.

After topping qualifying, Martin (AGI Sport) had the honour of first pick choosing to keep his pole position which will see him start Sunday’s qualifying race from 10th on the grid.

Macrow also selected to keep his front row berth that he earned in qualifying but will start Race 2 from ninth.

The session began with damp patches on the track from a period of light rain showers, which saw several drivers elect to start qualifying on wet tyres.

However, it soon became clear that conditions warranted slicks.

Matt Brabham had set the pace in the early laps with a 1:12.17s but it was short-lived once the field turned to slicks.

Ricky Capo took the benchmark down to a 1:09s as a flurry of fast times emanated from the field.

Friday practice pacesetter Macrow was next to jump as he lowered the target down to a 1:07.59s.

Martin quickly responded to return back to the top with the pair swapping positions until they both dropped into the 1:05s bracket.

At this point Barrichello fired his Team BRM entry in to third.

The battle between Martin and Macrow went right to the death with Martin on top as the chequered flag flew.

The AGI Sport driver then improved his time with his final effort.

Capo (Modena Engineering) ended the session fourth, but has elected to start from sixth, with James Golding (Garry Rogers Motorsport) choosing to fill fourth ahead of Barton Mawer (Milldun Motorsport) in fifth.

The inaugural S5000 Qualifying Race is scheduled for 1420 AEST.