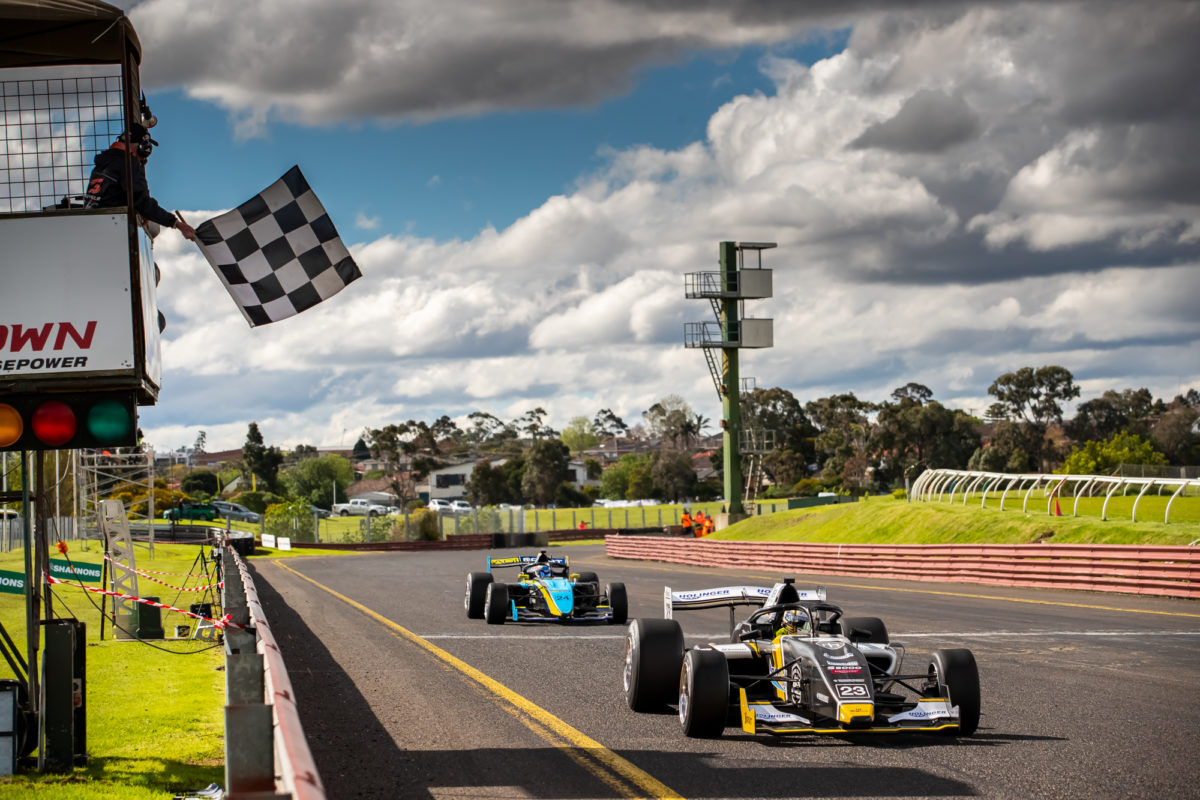 Tim Macrow has become the first race winner in S5000 after seeing off John Martin in an entertaining inaugural qualifying race at Sandown.

The MTEC Motorsport driver managed to jump polesitter Martin (AGI Sport) in what was a frantic start to the 16 lap contest that saw Rubens Barrichello forced off the road at Turn 1 after a nudge from Barton Mawer.

At the front Macrow was never allowed to relax with Martin applying pressure throughout.

Martin had a sniff of the lead on Lap 2 when Macrow locked up and ran wide at Turn 3, but ultimately it was James Golding who took the advantage.

Golding, who started from fourth, slid by Martin in a dramatic almost three car wide run to Turn 6, but the latter returned the favour two laps later and continued his pursuit of Macrow.

Martin managed to reel in Macrow, who had a 1.6s lead for the final laps but it was the former, who hung on to take the chequered flag by 0.4s.

Golding held off a charging Matthew Brabham who scythed his way from ninth to fourth at the flag in the #83 MTEC Motorsport entry.

Brabham put Golding under serious pressure but was unable to find a way by the Garry Rogers Motorsport Supercars driver.

The highlight of the Brazilian’s recovery was a gutsy on the brakes pass on Ricky Capo (Modena Engineering) for seventh at Turn 1 midway through the race.

Capo followed Barrichello to the flag in eighth while the top 10 was completed by Mawer and Tim Berryman.

Tom Alexander (AGI Sport) was the only retirement after he came to a halt on the exit of Turn 4 on lap 3.

The S5000 field will return on Sunday for the second Qualifying Race ahead of the 30 minute Feature Race tomorrow afternoon.