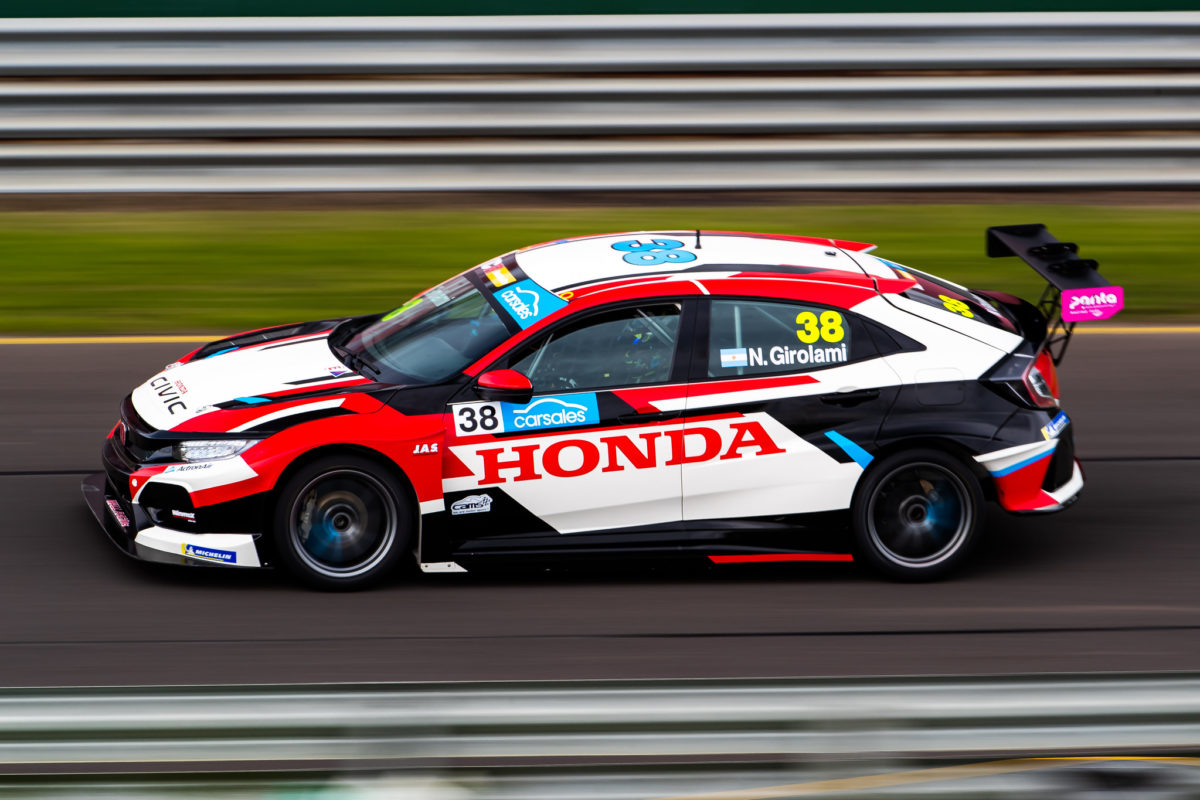 The Argentine WTCR star had an eventful start to the session with an off at Dandenong Road but he quickly recovered and showed his class by setting a string of blistering laps.

Girolami moved to the head of the timesheets on halfway with a 1:15.15s before dipping into the 1:14s bracket.

Wall Racing Honda team-mate John Martin got to within 0.01s of the benchmark before Girolami struck again to post a 1:13.96s to open up a comfortable gap over the field.

Kelly Racing’s Andre Heimgartner emerged as Girolami’s nearest rival as the Kiwi jumped to second late on, albeit 0.35s adrift of the polesitter.

Heimgartner’s time came after he suffered a spin at Turn 4 in the early minutes of the hit out.

Martin was left to settle for third and will share the second row with series leader Will Brown (HMO Customer Racing, Hyundai), who ran as high as second earlier in the session.

After setting the initial pace Tony D’Alberto (Wall Racing Honda) ended up in seventh, in front of Bryce Fullwood (Kelly Racing, Opel Astra), who also had a brief off at Dandenong Road mid-session.

Garth Tander could only manage 11th in the best of the three Melbourne Performance Centre Audis.

Chris Pither will start from the back of the grid after Garry Rogers Motorsport were forced to conduct an engine change on the sister Renault Megane last night.