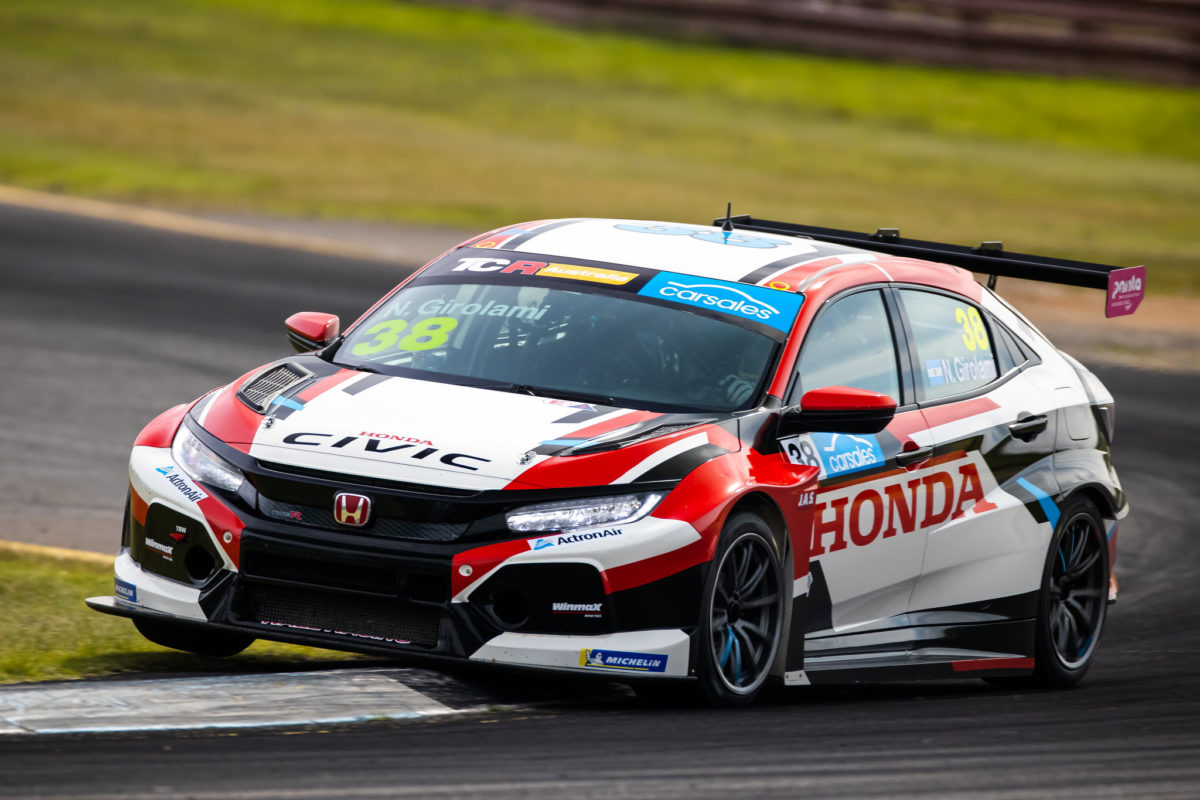 The factory Honda driver ran largely untroubled after making a great start from pole position despite being faced with a damp but drying track.

Girolami, who is making a one-off appearance in the category, went on to take the win for Wall Racing by 2.2s.

The Argentine gambled by running slick tyres on the front with wets on the rear.

Martin, who appeared to be on wet tyres, struggled for pace as the track dried out, with Brown eventually taking second on Lap 12 at Turn 1

Brown went on to finish second while Cox claimed the final podium spot after following Brown in overtaking Martin.

Martin had to produce an incredible display of defensive driving to bring the car home in fifth, after losing out to a charging Garth Tander (Melbourne Performance Centre, Audi), who started from 11th on the grid.

Kelly Racing’s Andre Heimgartner, who started second and ran in the top five early on, suffered a suspected suspension failure which saw him retire from the race.