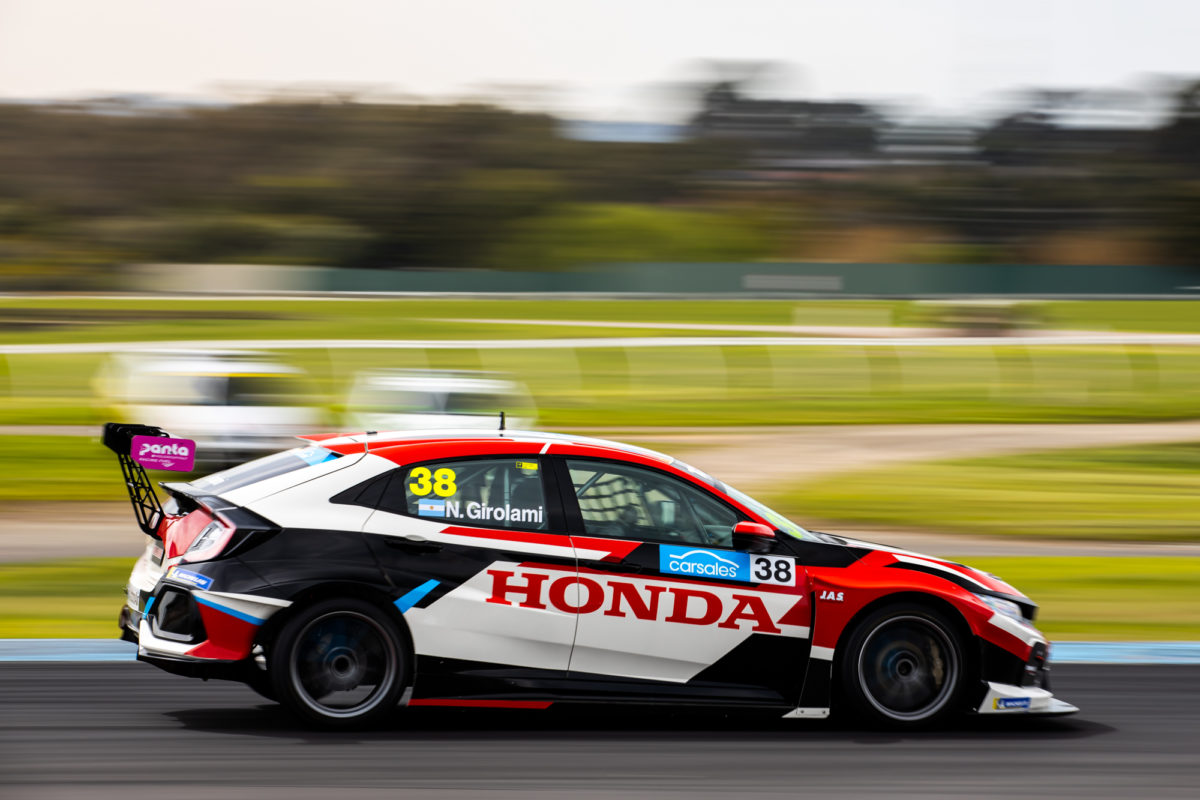 Honda WTCR driver Nestor Girolami has set a blistering pace in opening practice for TCR Australia Round 6 at Sandown.

The Argentine was almost a second faster than his nearest rival on his first ever drive around the suburban Melbourne circuit.

Girolami went to the top of the timesheets early in the session but it wasn’t until the final 15 minutes when he hit his stride in the #38 Wall Racing Honda Civic Type R.

The WTCR star posted a 1:15.66s in the final moments which proved to be 0.8s faster than series leader Will Brown (HMO Customer Racing, Hyundai).

Brown was fast from the outset but was unable to match the ultimate pace of Girolami.

Tony D’Alberto was third fastest in his Wall Racing Honda albeit 1.1s shy of his new team-mate.

The field will return for a second 30 minute practice session at 1420 AEST.