Supercars pushes Gen3 regulations back to 2022

Supercars pushes Gen3 regulations back to 2022 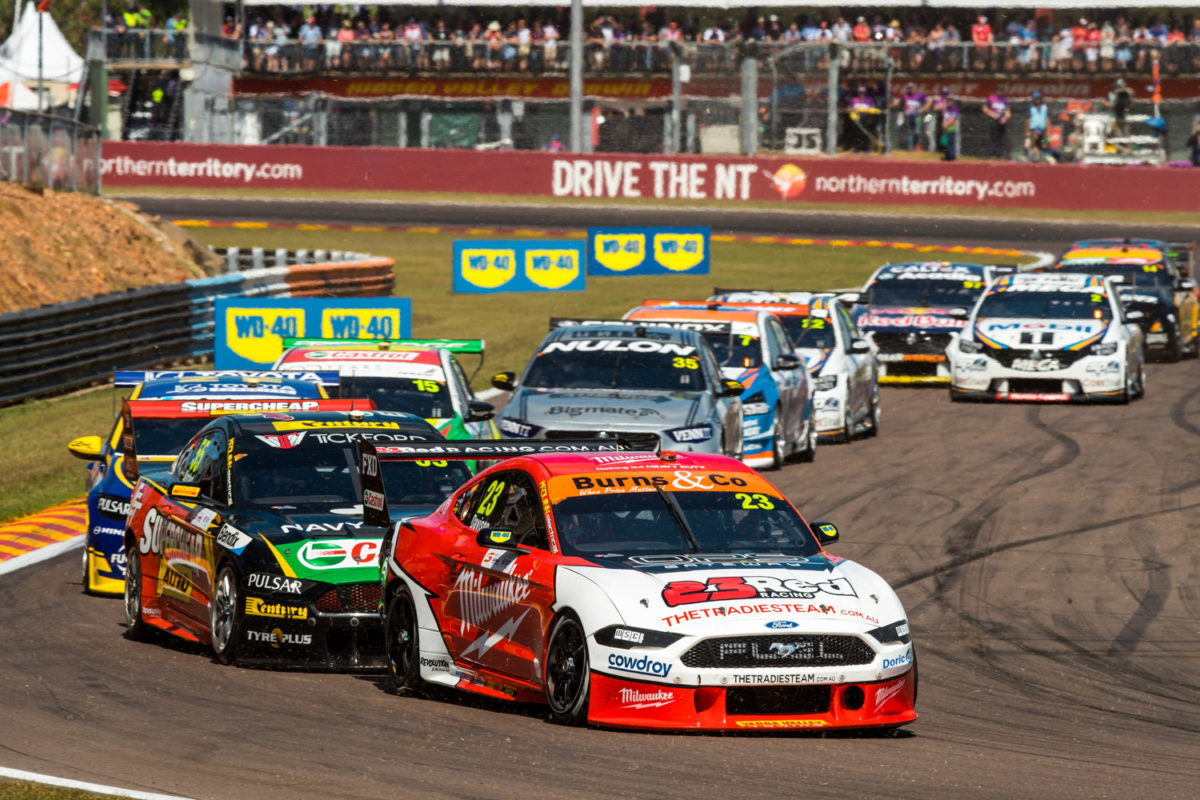 Supercars has pushed back its Gen3 regulations to 2022

Supercars has pushed back its rollout of the now dubbed Gen3 car and regulations to 2022.

The championship had initially been aiming to introduce its new package in 2021 with the series already hinting earlier this year that it could welcome a new control chassis.

Supercars revealed in March that its technical department had been investigating changes to the control chassis for the future in a bid to entice more manufacturers and models while maintaining market relevance.

The category has come under pressure to make changes after Walkinshaw Andretti United elected to shelve its Camaro project under the current Gen2 (introduced in 2017) rules having witnessed the look of the new Ford Mustang, the first coupe to race in the series’ modern era.

However, Supercars CEO Sean Seamer has now confirmed that the prospect of a new car is most likely to arrive in 2022.

Development on Gen3 is being headed up by John Casey, who recently returned to the championship in a new role in August.

While some elements of Gen3 including the introduction of control dampers, more tyres and new electronic systems have been fast-tracked for next season, more time is required to develop a new car.

“Let’s talk about the process that we’re going through. So, John Casey’s came back as Head of Strategy and Products, so he’s leading the process,” said Seamer.

“He’s meeting with homologation teams, he’s meeting with manufacturers, he’s consolidating an update of where we think the market’s going to, and what we think we need to achieve maximum market relevance and that’s the number one priority.

“Market relevance is the key piece, and it will be engineering delivered, not the other way around.

“It’s still early days in the work that John’s been doing.

“Some of the stuff that we were looking at that we wanted to get done, we’ve fast-tracked for next year around tyres, around internal electrical systems, the Dorian, the LED panels, all of those things.

“We’ve fast-tracked the potential introduction of a control damper. As we always said, if a good idea came up, we weren’t going to wait.

“The reality on timing now is that if there were to be a new car or a re-design of a car, by the time you get that done, you get that tested, et cetera, 2022 is the most likely scenario.

“So, the key thing that we have to try and ascertain, and land on, and the hardest part is, what cars are going to be sold in 2022? And how much longer will those cars be sold for beyond 2022?

“Therefore, what underlying package do we need to be able to run those cars and have maximum market relevance?

“Are we going to throw everything in the bin that’s out there now? Absolutely not. Do we need to change it to adapt to that level of market relevance? Yes.”

Holden’s recent decision to commit to the ZB Commodore until the end of 2021 is understood to have assisted in Gen3 being pushed to 2022, according to Shell V-Power Racing managing director Ryan Story.

“GM (General Motors) have set the bar with their renewal with Roland. They’ve basically said, ‘We’re going to race the Commodore until the end of 2021’, which means we do something different in 2022, so we’ve got over a year to get it right,” said Story on the latest episode of Enforcer & The Dude.

Supercars Head of Motorsport Adrian Burgess has admitted that no decisions have been made around the Gen3 chassis yet.

Meanwhile, Seamer was able to confirm that Supercars’ future will continue to be built around ‘fast’ and ‘loud’ cars.

It was also confirmed that investigations into introducing a possible hybrid element to the powertrain will continue, with the series already keeping a close eye on the British Touring Car Championship’s plans to adopt hybrid technology from 2022 onwards.

“Fast and loud,” he said when asked what Gen3 could look like.

“I think IndyCar’s done a really good job of sticking to that and I think a big part of why they’ve had recent success is that the entertainment factor’s important, and we acknowledge that.

“We will assess hybrid as part of that just as NASCAR and the British Touring Car Championship have.”

Supercars has already confirmed this week that it will reduce the amount of downforce cars create next season and drop 15 horsepower from engines to restrict the amount of rebuilds and save teams money.