Ricciardo: Vettel not far away from bouncing back

Ricciardo: Vettel not far away from bouncing back 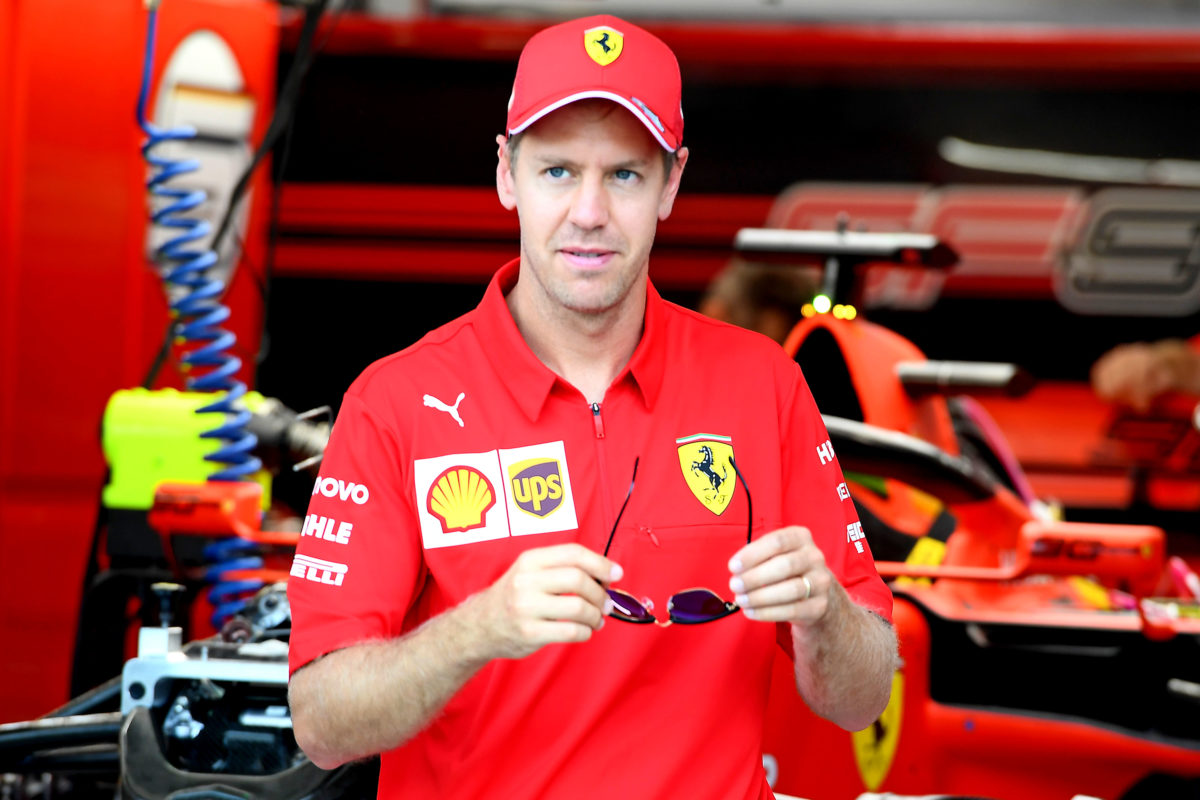 Daniel Ricciardo believes that former team-mate Sebastian Vettel is only one good race away from returning to form and could do so as soon as this weekend.

Vettel has slipped into a prolonged slump with his winless run now stretching back more than a season, while Ferrari team-mate Charles Leclerc has taken victory in the last two grands prix.

The German is even close to a race suspension having spun last time out at Monza then driven into the path of Lance Stroll as he tried to resume.

Ricciardo likened the situation to that which Vettel experienced during their year together at Red Bull Racing in 2014, when the Australian outperformed his more senior team-mate in his first year at the team.

Vettel failed to win a race that season and could only manage four podiums, but took out three grands prix as he finished behind only the Mercedes in the championship when he joined Ferrari in 2015.

“I think he absolutely (can),” said Ricciardo about questions as to whether Vettel can break out of his slump.

“(I’m) probably a decent one to answer for it because it’s in times, in a similar position to maybe where he was in 2014 and he bounced back.

“I think (the) second race in 2015 he won in Malaysia, if memory serves (me correctly).

“He has the ability to bounce back, and all it will take is one race.”

The now factory Renault driver even ventured that the controversial penalty which cost Vettel a win in this year’s Canadian Grand Prix has had an effect on the four-time world champion.

“I think it’s been a bit of an effect, (and) it probably started – trying not to speak for him – in Canada,” suggested Ricciardo.

“Obviously the controversy there it could’ve been his first win of the year.

“If that got done differently, it could’ve changed the whole outcome of these next few races. You never know.”

While Leclerc has downplayed Ferrari’s chances at the Marina Bay Street Circuit, which is greatly different to the last two venues in Belgium and Italy, Ricciardo thinks Vettel’s drought-breaker could come this weekend in Singapore.

“In the past, he’s always been strong here in Singapore, so this could be the weekend for him that he does turn it around,” observed Ricciardo.

“It’s just one (example) where he’s one race from turning it around. Obviously there’s a lot of things to deal with in this sport, especially when you’re at the top.

“It’s not just talent anymore, it’s pressure, it’s headspace, where you’re at in your personal life and all this.

“You don’t lose your talent, so can he still drive very fast? Absolutely, and I think he’s just waiting for that weekend to put it together and get himself back.

“It could very well happen this weekend.”

Vettel himself said of his plight: “I take it as what it is and it is obviously not great but also not a disaster.

“It’s not the level I want to perform at but these things can happen to all of us now and again.”

He suggested that his issue was of a more technical nature, rather than mental.

“It’s not that I am in the wrong place. I am doing the right things, which is why I think it’s crucial not to over-complicate things too much, and pull through it.

“Here and there I might not have the absolute trust in the car or the best feeling yet. But it’s improving my understanding of the car and then it’s a question of details, lining them up.

“Hopefully sooner rather than later it will click and things will start to fall into place. Until then we need to keep our head down. There are always things I can do better and learn. We see how the next few races go.”