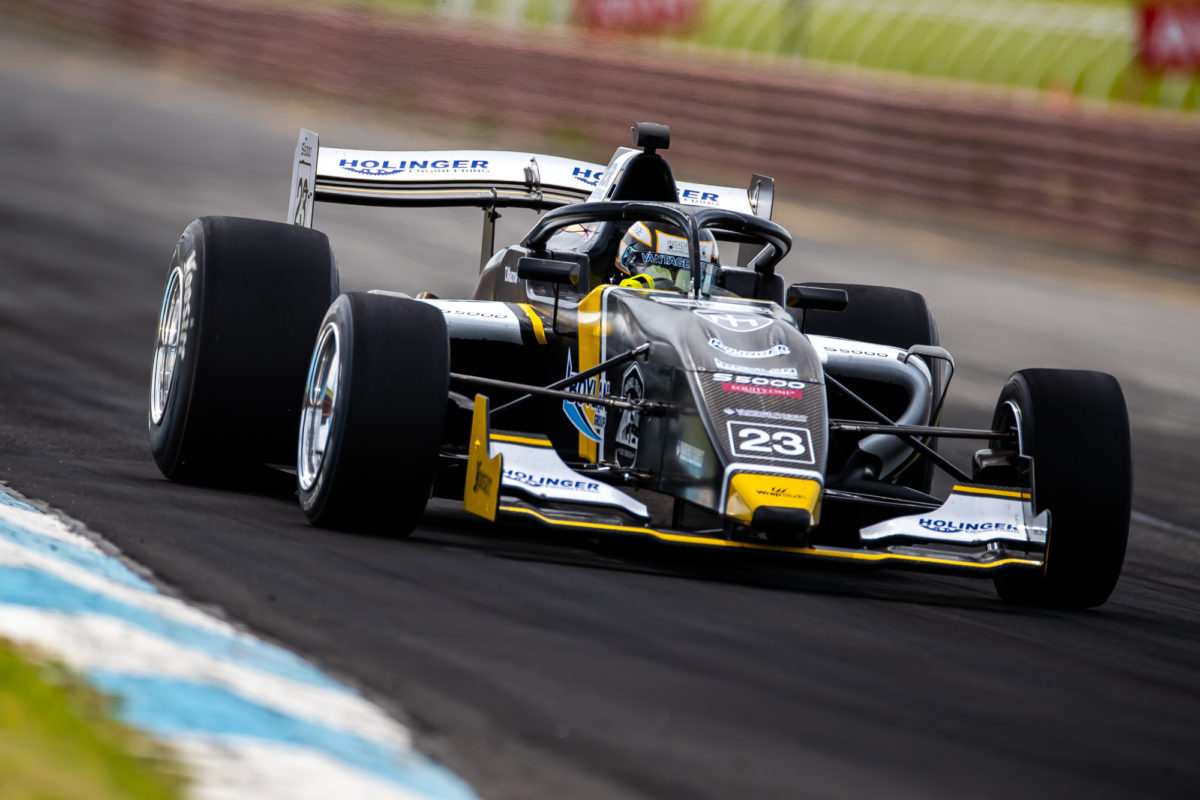 The MTEC Motorsport driver, and long time S5000 test driver, hit the top of the timesheets just before the halfway mark with a 1:07.75s, before going on to progress to a 1:06.74s effort.

Macrow was almost a second faster than the field until the final minutes when Will Brown (Eggleston Motorsport) closed to within 0.4s of the former two-time Australian Formula 3 champion.

The session ran without incident with all 13 of the new S5000 cars logging times.

Experienced single-seater driver John Martin (AGI Sport) was the first to log a lap in the 1:08s and continued to shave time off his benchmark to wind up in fourth.

Former IndyCar racer Matthew Brabham also enjoyed a brief period at the top of the timesheets but dropped to fifth at the chequered flag.