Hulkenberg has ‘realistic chances’ of remaining on F1 grid

Hulkenberg has ‘realistic chances’ of remaining on F1 grid 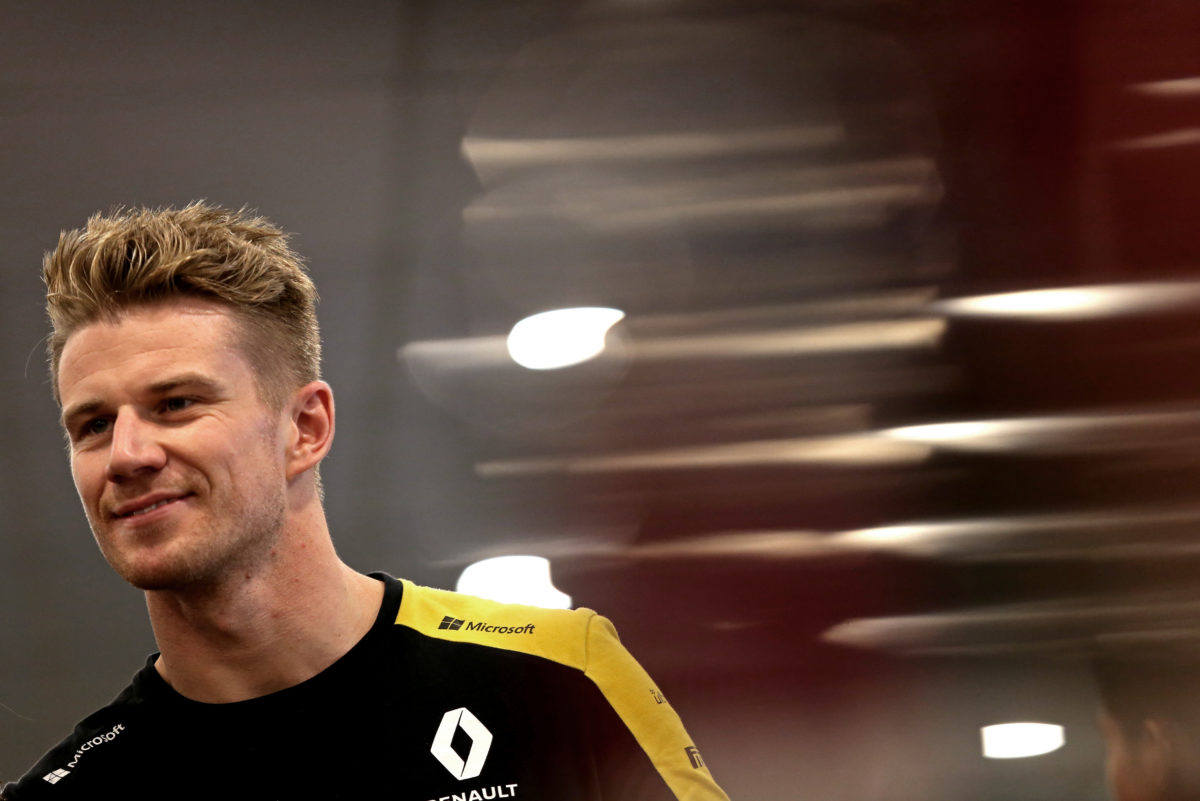 Nico Hulkenberg maintains that he has ‘realistic chances’ of remaining on the Formula 1 grid in 2020 despite Haas opting to re-sign Romain Grosjean.

Hulkenberg has lost his Renault seat to Esteban Ocon, and the only clear cut vacancies which remain in next year’s field are at Alfa Romeo and Williams, after Robert Kubica announced his impending departure from the latter.

The Haas F1 Team had been considered a likely home for Hulkenberg, and team principal Guenther Steiner had even named the German as a consideration.

The 32-year-old concedes that his future in F1 is now ‘out of my hands’ but sees a possibility that he will be racing again in the championship next year.

Notably, Alfa Romeo Racing is now headed by Frederic Vasseur, for whom Hulkenberg drove when he won Formula 3 and GP2 titles.

“I think you just see and understand what’s still available, which seats (are) and which (are) not,” said Hulkenberg.

“That’s pretty obvious. Right now I don’t know. I think to a big extent it’s out of my control now, out of my hands.

“Most important is to drive and to perform. We just need a bit more time. I think there are still possibilities and realistic chance. But at this game you can never be too sure.

“(Vasseur and I) have known each other for many years. He was obviously the guy that brought me here (to Renault) as well, that I did the deal with ultimately, so I guess it doesn’t hurt.”

Hulkenberg confirmed that he had talks with Haas but they did not reach an agreement.

“Well, I kind of knew it (Haas’s Grosjean announcement) was coming, or could see it coming,” he explained.

“No (not disappointed), because I didn’t pursue that deal; we didn’t go ahead, we didn’t agree it, we didn’t get together with Haas. So that’s the consequence out of that.

“Haas was definitely an option and we were talking. That’s definitely not a secret. We just didn’t get together on this occasion; we couldn’t agree a deal.”

More surprising to him was the news that Kubica will exit Williams at season’s end.

However, Hulkenberg seemed sceptical about returning to the embattled team, with which he debuted in F1 in 2010.

“Maybe yes, maybe no; to be honest that’s very new news,” he said about the prospect of going to Williams Racing.

“Not sure (if it’s an option) at this point.

“That goes back to when everything with Renault was announced. As much as I want to continue in Formula 1… for me, it needs to make sense — it needs to be the right deal.

“I’m not desperate to stay in Formula 1 and just take anything. I’m not disregarding or disrespecting Williams. I mean in general, globally, even with Haas. That is the most important for me.

“That proves quite difficult in Formula 1. We know unless you have the right weapon or crazy circumstances, it’s tough.

“But the dream is still there and the fire. So step by step, first things first, and then we’ll see what happens.”