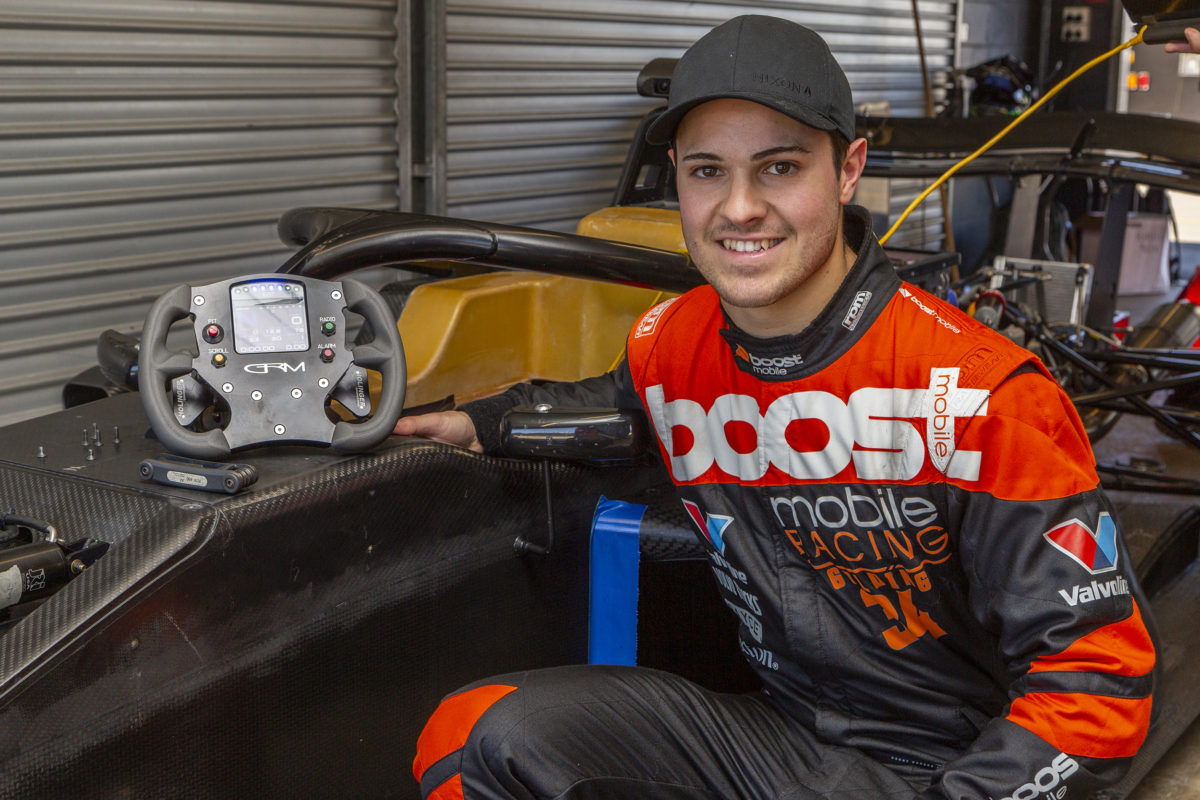 Garry Rogers Motorsport Supercars driver James Golding will complete the grid for the inaugural S5000 round at Sandown this weekend.

The 23-year-old will pilot a 13th entry for the landmark opening round of the new V8 powered single-seater series.

While touring cars have dominated the majority of his career, Golding started out in open wheelers, competing in the Australian Formula Ford Series in 2014.

However, racing a 560 horsepower S5000 car will be a new challenge.

Golding tested the car for the first time at Winton in August and was back behind the wheel during S5000’s private test at Phillip Island where he confirmed his entry this weekend.

“I’m really looking forward to racing at Sandown. It’s going to be a great race weekend,” said Golding, who will race a GRM prepared entry.

“I’ll admit, I wasn’t too sure about racing in this new category, but as I’ve done more laps and gradually gone faster. I feel much more comfortable and confident in the car.

“Now, I’m really enjoying them and I’m starting to get a better hang of it.

“The cars have been improving as we’ve been going. I’ve had a couple of test drives now, and we’ve made tweaks to make it more settled. We’ll make some more tune ups to it for Sandown, which is going to provide another new challenge.

“I really think it will be a great spectacle. It will be good to get some people down there and check them out. They sound awesome and I’m sure everyone will really enjoy it.”

The category has confirmed there will be 13 cars on the grid at Sandown with Barton Mawer switching to another chassis following his heavy crash at Phillip Island.

S5000 will kick off with opening practice on Friday ahead of qualifying and races on Saturday and Sunday.

The races will be broadcast live on SBS and via the Shannons Nationals live stream carried by Speedcafe.com.