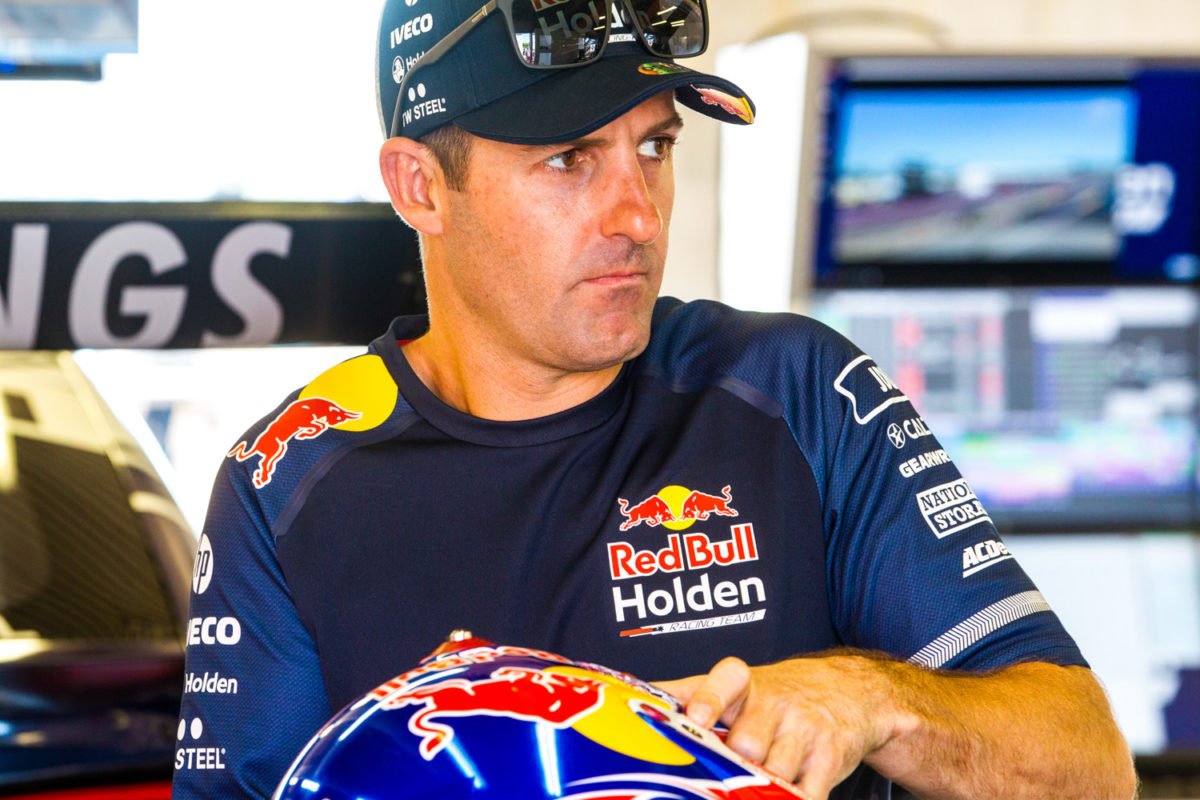 Comments made towards the stewards by Jamie Whincup have been labelled ‘disgraceful’ and could land the Triple Eight driver with a race suspension, according to CAMS CEO Eugene Arocca.

The boss of the Australian motorsport governing body has asked for Whincup to explain his explosive remarks made following Sunday’s race at Pukekohe, with the driver facing a possible sanction and even a tribunal to determine his fate.

CAMS is taking the attack on its officials with the utmost seriousness with Arocca claiming that the seven-time Supercars champion’s comments will go down in ‘infamy’.

Whincup was sent a letter asking him to explain his actions and on Monday night he issued a personal statement stating his regret for the ‘unhelpful’ comments he made and for passing the Safety Car without permission during Race 24.

CAMS has today issued its response to Whincup’s actions, revealing that he could face a fine or race suspension, pending the driver’s reaction to the letter.

“The comments he made have ranged, from what people have said to me, from disrespectful to disgraceful,” said Arocca when asked about the situation Whincup faces by Speedcafe.com.

“Nobody has said anything supportive, within CAMS, of that sort of attack on the integrity of our officials.

“He’s accused them of cruising, of not having their brains in gear, and getting on the piss.

“I’m struggling to find a more offensive comment about an official at a high-level sport ever, other than cheating. So this is just one step down.

“That paragraph will go down in infamy, in my view.

“We’re pretty upset about it. To be brutally blunt, there are lawyers who were stewards at that event, and they would be within their rights to consider separate legal action because they’ve been defamed.

“I understand the theatre element of it. You can come out and say ‘I didn’t agree with that decision’ or ‘I’m pretty pissed off about that decision’.

“But you step over the line when you attack the professionalism of the individuals who have made the decision.

“Good, bad or ugly, if you want to say something about that you either do it behind closed doors or through a formal channel.

“But to come out on national television and go whack, and attack, I think, their integrity… because in a way, when you talk about people not being professional, getting on the red wine, not having their brain in gear, you’re really attacking their integrity.”

Arocca says Whincup has contacted him and is awaiting an official response, but expects the matter will go to a tribunal in the coming weeks.

“So I’m keen to hear what Jamie has to say in a formal sense. He’s contacted me and said he’d come back to me,” he added.

“But right now, the mood of the place is that it should be referred to a tribunal.

“And then anything could happen, from fines, suspension, or any other sort of penalty that the tribunal might see fit.

“I’m hoping to resolve it in a sensible way, but absent that, it’s off to the tribunal – as it should be.

“So we either take this seriously, or we allow pot-shots to be taken at our officials, who are generally volunteers, generally give up a lot of their time, to effectively keep this sport running at all levels. That has cut right to the heart of our officials community.

“This will reverberate right through to the FIA.

“To actually have a crack at decisions that were right, and then attack the integrity of those people, is in my opinion about as bad an incident as I’ve seen in my seven years with CAMS.”

As revealed this morning, Cameron Waters is also facing a possible sanction with his post-race comments also under investigation by CAMS.