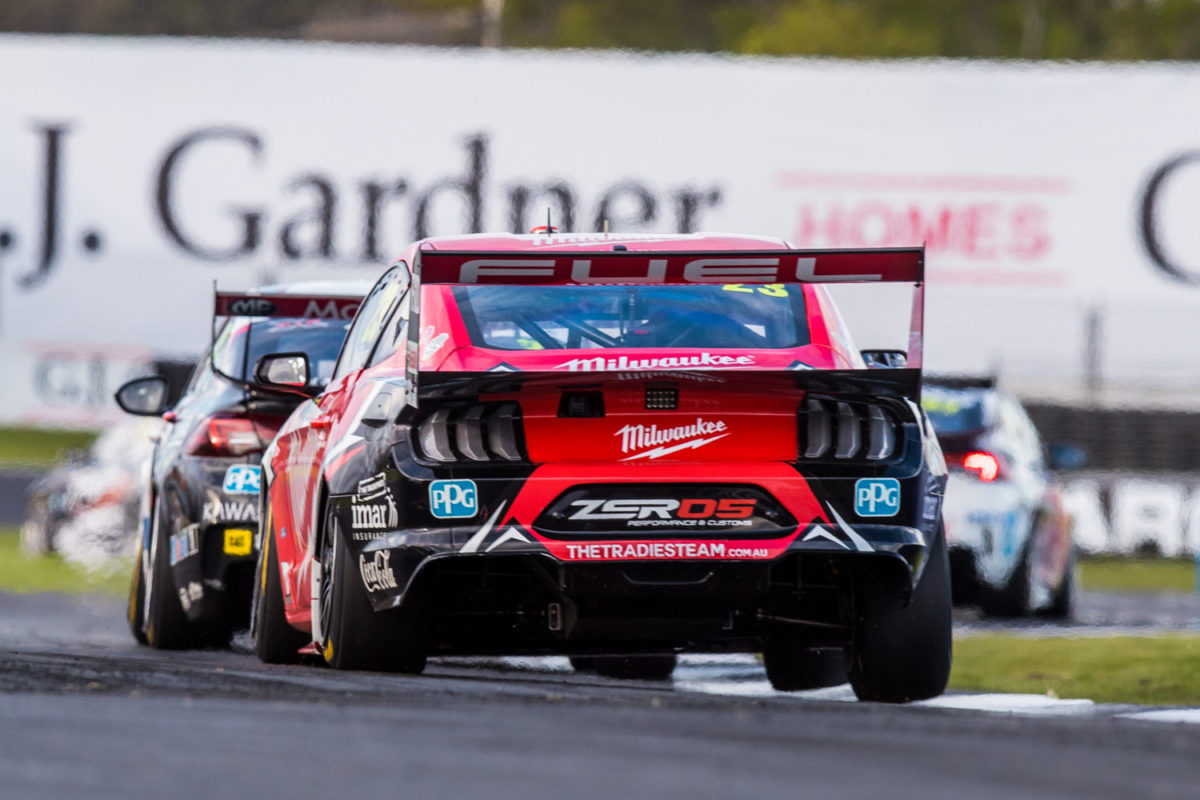 Aero upheaval to help level the field in 2020

Supercars will reduce downforce to improve the racing and re-homologate all models through a new improved process aimed at avoiding a repeat of this year’s ongoing parity changes in 2020.

As previously revealed, the championship has been investigating the possibility of reducing the downforce produced by cars and ways to ensure a level playing field due to a controversial parity debate following the successful introduction of the Ford Mustang.

The series has confirmed it will remove ‘a small amount’ of downforce from the models which, in theory, will allow drivers to follow each other more closely and enhance the racing with more opportunity for overtaking.

It is a process that has been recently carried out by IndyCar and the DTM to great effect, last year.

Current championship regulations mandate a total downforce figure (front plus rear) of approximately 350kg at 200km/h which is measured in straight-line running during the VCAT homologation process.

“We will re-VCAT at the end of the year and take a small amount of downforce off the cars,” said Supercars Head of Motorsport Adrian Burgess.

“Long term, it might be something that we look at more seriously, and take a larger amount away, but at the moment we’re going to do it in such a way where we’re not creating teams that go and design new this, and new that, and new this.

“(It should provide) a bit of cost saving. It’ll be less stress on the car if we get the playing field back where we want it.”

The exact drop in downforce is not yet known but the changes will require all models to be re-homologated at the end of the year.

Supercars’ much maligned VCAT process will also undergo a revamp in a bid to ensure the series won’t be forced to make tweaks across its models during the season.

The existing VCAT process that features straight-line aero testing of the cars has come in for criticism following the overwhelming success of the new Ford Mustang that has won 20 of the 24 races to date.

Wind tunnel testing has been investigated but has proven a costly exercise with Australia lacking a suitable facility, prompting Supercars to call off a plan to test the cars at Monash University earlier this year.

The parity debate has resulted in six in-season parity adjustments that have affected the Ford, Holden Commodore and Nissan Altima to ensure parity, which has created unrest among teams and fans.

However, Supercars has developed an active ride system which can simulate numerous ride height settings to fully understand the effects of aero, which should provide better parity across the field.

Supercars’ technical team will utilise an active damper to carry out the process.

“We’ve improved the process, how we do the VCAT will change,” Burgess added.

“We’ve been developing an active ride system, so we could put the car in as many different ride height configurations as we want and we’ll paritise the cars across the full spectrum of ride heights, which is which is different to how we’ve done it in the past.

“I think we have improved the process.

“It’s an actual active damper, it’s controlled by, obviously, the ECU and the MCU. It won’t be something we go and race on, it’s something purely for measuring the downforce on the cars. “

The championship has been testing the process this season and is now ready to put the new VCAT procedure into action.

“Downforce changes with the ride height so it’s an improvement to the whole process,” said Burgess.

“It was something that’s been looked at in the past, but it wasn’t done to the degree of accuracy or repeatability that you’d need.

“We’ve been working this year on doing that, and we have run a few times with our own car to make sure we’re happy with the process and happy with the accuracy of it.

“We’re at that point now to do a full VCAT at the end of the year, using active ride.”

Supercars boss Sean Seamer is confident the new homologation process will prevent the parity debate rearing its head next season.

“The more that we invest in getting the upfront processes right – we’ve got to do the hard work now – (the greater the likelihood) that we don’t have to go through what we’ve gone through this year,” said Seamer.

Supercars is yet to confirm when the new improved VCAT process will take place.