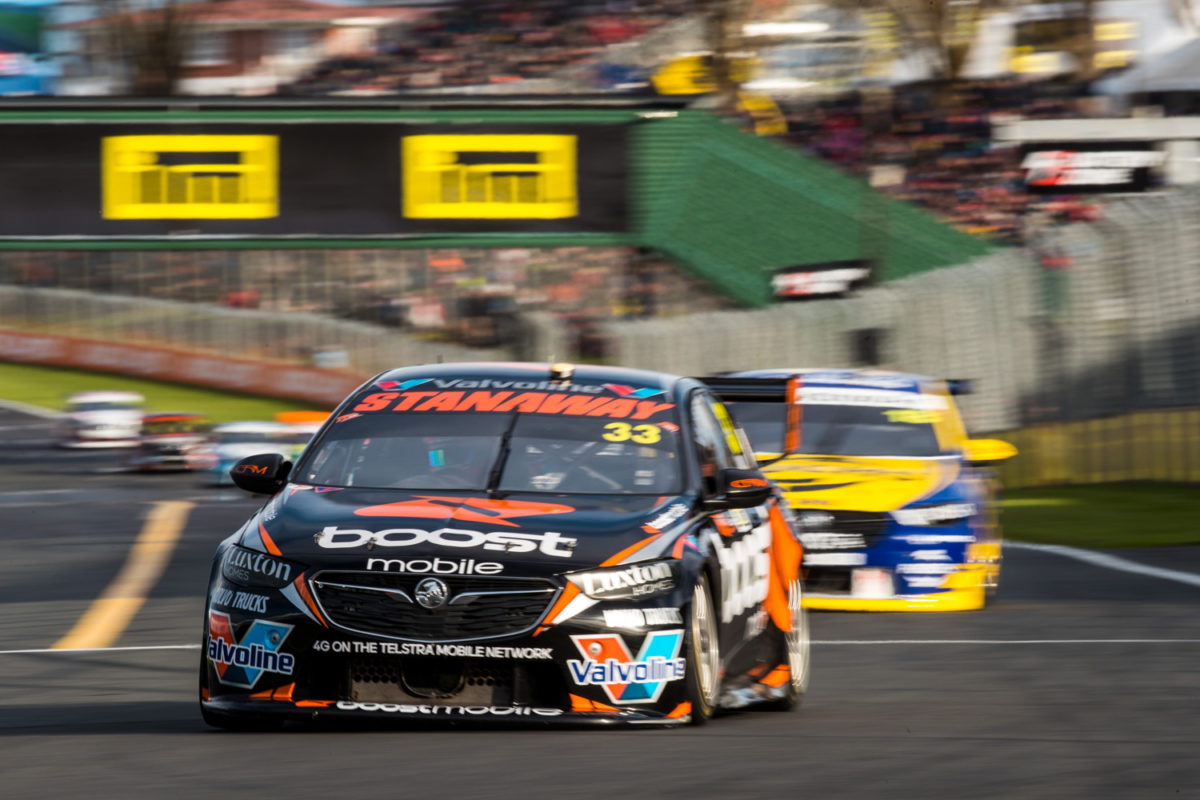 Boost Mobile Racing’s Richie Stanaway and James Golding have attributed a season-best showing at the ITM Auckland SuperSprint to gains made in qualifying pace.

Race 24 of the Virgin Australia Supercars Championship marked just the second time this year that both of the Garry Rogers Motorsport entries had finished in the top 10, the first being the chaotic Sunday race in Townsville.

Stanaway missed that event due to injury but now has his first two top 10s with GRM having finished 10th and then ninth in the pair of 200km races at Pukekohe Park Raceway.

He was 14th and 16th in the two Armor All Qualifying sessions, the former his second best qualification of the season, while Golding got his second top 10 finish of 2019 by following Stanaway home by less than a second on the Sunday.

While GRM remains ninth in the teams’ championship, second last of the two-car teams, both drivers saw the trip across the ditch as a promising weekend.

“We had a big step forward as a team,” said Stanaway.

“(The) Number one objective for us was to improve our one-lap speed on new tyres and we managed to have an idea that worked for us.

“It just goes to show what a bit of track position and some clear air and being further up the order can do, because we’ve always had a strong race car but we just haven’t managed to capitalise (on) it at any point during this year.

“We didn’t get a chance to test much at Tailem Bend because it’s quite an odd round and it was my first time back in the car for a while, so (the Pukekohe event) felt like the first time we could press on with where we left off at Winton, and it’s just amazing to get two top 10 finishes after the season that we’ve had.

“It’s really satisfying and (I am) really happy for the team that we can get these results and have both cars in the top 10 (in Race 24), so great job from the entire team and it’s a great time to have a turn of form too because we’ve obviously got three big races coming up.

“(I am) looking forward to seeing what we can do between now and Newcastle.”

Golding finished Race 23 in 23rd position at 10 laps down having suffered a power steering problem, but held a similar view.

“Definitely made some inroads in qualifying, found a little gain there, so hopefully we can take that on to the next few races.

“It’s really something we’ve been struggling with throughout the year so definitely a good boost up for the team and then obviously top 10 finishes for both cars, which is awesome.

“Couldn’t really be happier on the improvement this weekend and had awesome fun racing Richie at the end there so can’t wait to get to Bathurst.”

Stanaway will be partnered by Chris Pither and Golding by Richard Muscat when the Pirtek Enduro Cup kicks off at the Supercheap Auto Bathurst 1000 on October 10-13.