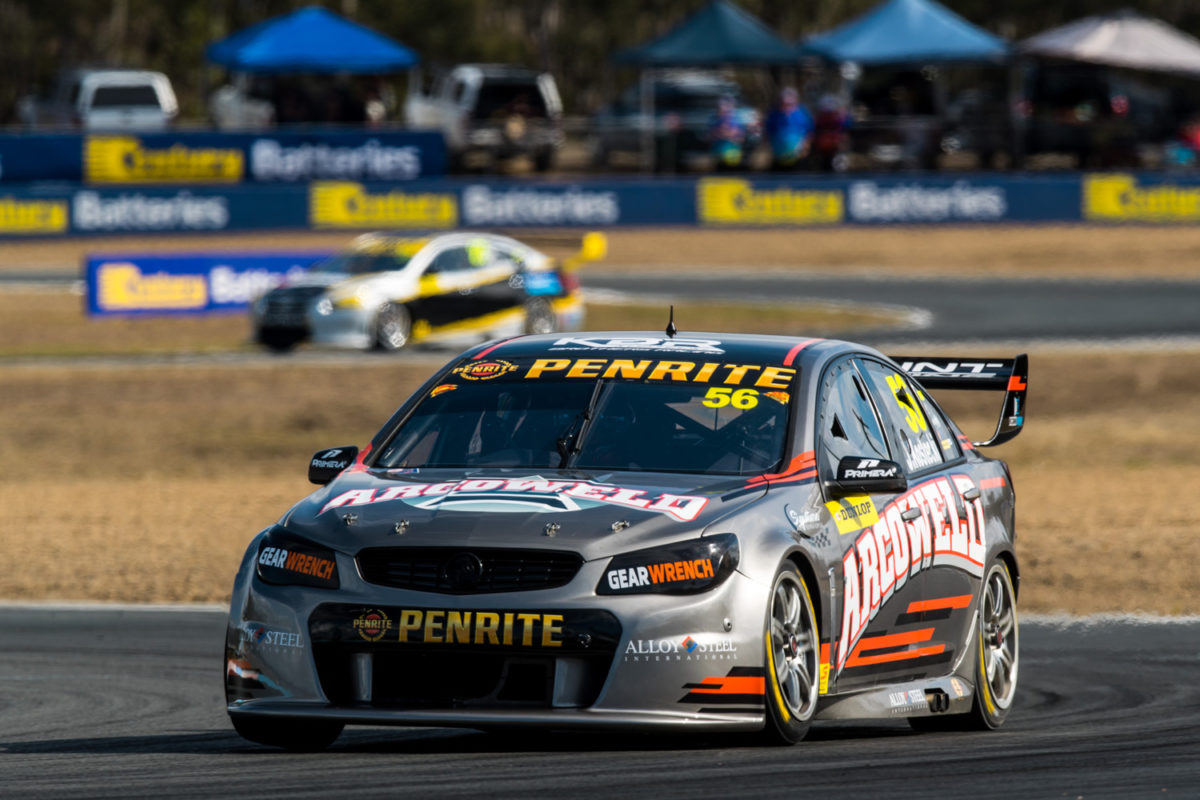 Jake Kostecki during the most recent Super2 round at Queensland Raceway

Jake Kostecki will sit out the next two rounds of the Dunlop Super2 Series as Kostecki Brothers Racing (KBR) focuses its resources on its Pirtek Enduro Cup wildcard entry.

He and Brodie Kostecki will drive together in the family team’s recently converted ZB Commodore in the Supercheap Auto Bathurst 1000, Vodafone Gold Coast 600, and Penrite Oil Sandown 500.

The cousins and Jake’s brother Kurt, who still works for KBR despite now driving with Triple Eight Race Engineering, are extremely hands-on given that they only have one other regular member of staff in the workshop, namely mechanic Andy Hackett.

The update of one chassis from VF to ZB specification for the enduro campaign already saw Brodie give up his Super2 ride, and while the small squad will be bolstered by some extra crew members for its wildcard efforts, Jake will now also be absent from the Super2 rounds which coincide.

“We decided to just focus on the one event instead of doing both categories, because it’s already going to be a whole lot for us,” Jake Kostecki told Speedcafe.com.

“It’s not just about me focusing when I’m at the track on one category, but it’s everything at the workshop as well.

“Unfortunately, we just don’t have the arrive-and-drive helmet bag like a lot of drivers, we have to get all the cars going ourselves, so it’s just a lot of responsibilities already to do this in the 1000, so we just want to focus on that.

“(Also) because all our crew’s coming over, plus all the running gear on the cars, and the team’s going to be in the Supercars paddock, it would be too hard to do the Super2 program.”

Brodie had established himself as one of the front-runners in Super2 when it was decided that he would give up driving for the time being, allowing Jake to continue to attain experience.

Since then, Jake has taken a maiden Armor All Pole Position and had his best pair of race results to date last time out at Queensland Raceway, leaving him fifth in the series.

“But we’re on some bigger fish in the main series so we’re digging deep now so we have to stay focused on that and do the best job we can.”

KBR, which counts Mark Winterbottom’s 2015 Virgin Australia Supercars Championship winning engineer Jason Gray among its crew, is set to test at Queensland Raceway on September 30 having successfully shaken down its re-skinned ZB Commodore earlier this month.

The Supercheap Auto Bathurst 1000, where KBR will run with backing from Boost Mobile, takes place on October 10-13.