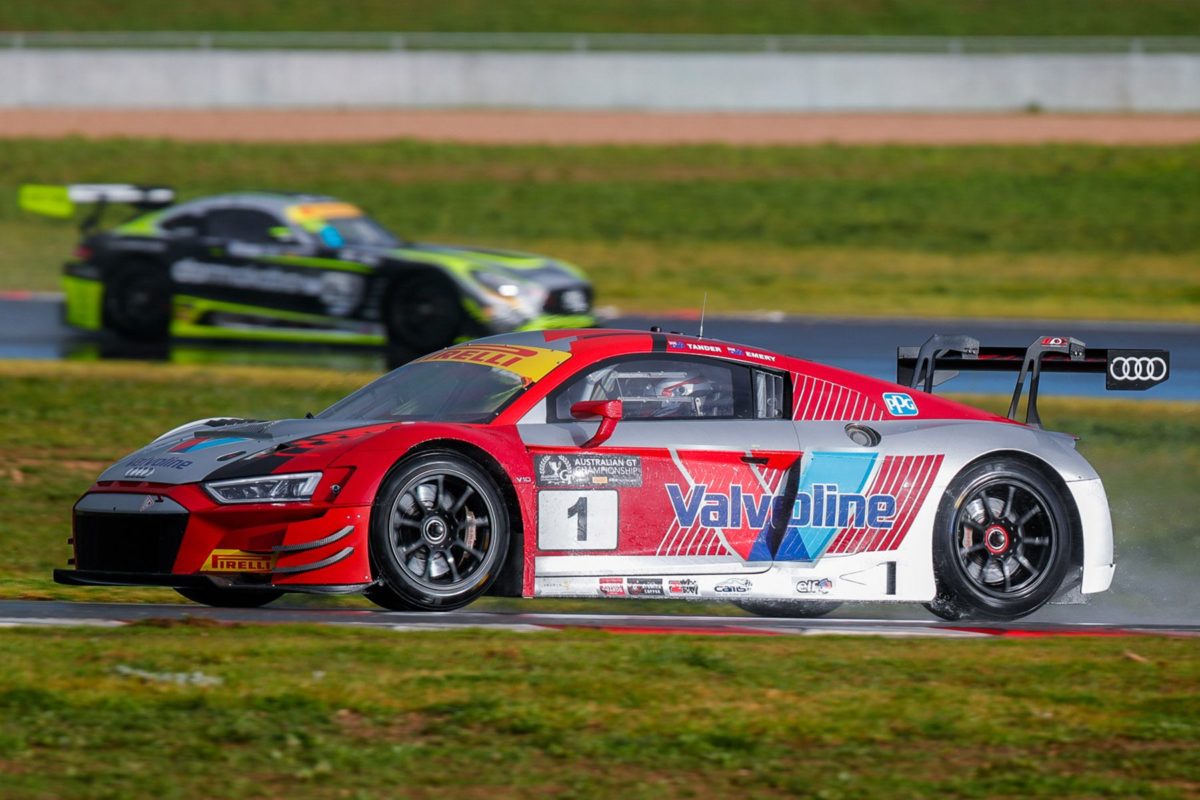 Australian GT will feature just four GT3 spec cars when it takes to Sandown this weekend for the third round of the Australian Endurance Championship.

A total of 12 cars are set to line up across three classes; four GT3 cars, a trio of GT4 entries, and the balance made up of Invitational entries.

It marks Australian GT’s smallest GT3 field since 2008 when such cars began to be introduced to the category, and follows on from a 10 car grid at the previous event at The Bend.

The changes were made in an effort to attract more competitors, with the AEC round result determined by points after the third race.

This included offering an invitation to state-based competitors who would otherwise be ineligible for the event.

Though announced, the change has not been reflected in the category’s published sporting and technical regulations which still list a single three hour race as the only format for the Australian Endurance Championship.

The change in format requires the approval of CAMS in order to be used, as does the addition of any invitational cars not already on the eligible vehicles list.

Australian GT recently concluded a survey of teams and drivers, posting some of its findings on its website.

That indicated support for the proposed changes to align the domestic championship more closely with the various Blancpain GT competitions globally, though organisers did cop flak for their lack of communication with competitors.

Ironically, according to that survey, the majority (60 percent) of competitors preferred endurance style races over sprints, though a mix of styles was wanted through the year.

The survey came in response to a meeting held by the category at Phillip Island in June, while there was a further meeting among teams at The Bend.

“Contrary to some media reports and a very vocal minority the general tone from competitors is that things are much better than we thought, much of the result was in line with what we’d been hearing as we canvassed teams individually over recent months, but it was nice that as a collective group we were able to get a bigger overall picture of the landscape as it stands now,” category manager David Vervaart is quoted as saying.

“That allows us now to press on with our plans for 2020, where alongside our established date at Easter next year at Bathurst, we can formalise our other dates with respect to releasing the full calendar by the end of September.

“With some strong support as a result of the survey, we look to bypass the vocal minority who have spent much of this year behind closed doors undermining us as we look to make GT racing a more attractive option for local competitors, so to hear that the majority believe we are heading in the right direction is fantastic as we move into final planning for 2020.

“After a challenging start to the season, we look forward to putting all that negativity behind us, and to pressing on with getting the category back to racing with events that will prove popular, and allow the global rule-makers to set the boundaries under which we operate, bringing us more in line with the rest of the world.”

Third place belongs to Max Twigg and Tony D’Alberto, though last year’s championship winners will not be present in Sandown.

Peter Hackett meanwhile is set to race solo, with the only other GT3 entry that of Liam Talbot who is joined by Joseph Ensabella in a Lamborghini Huracan GT3.

This weekend’s event also doubles as the fifth round of the Australian GT Championship.