T8: Bathurst a ‘non-event’ for Holdens without aero changes

T8: Bathurst a ‘non-event’ for Holdens without aero changes 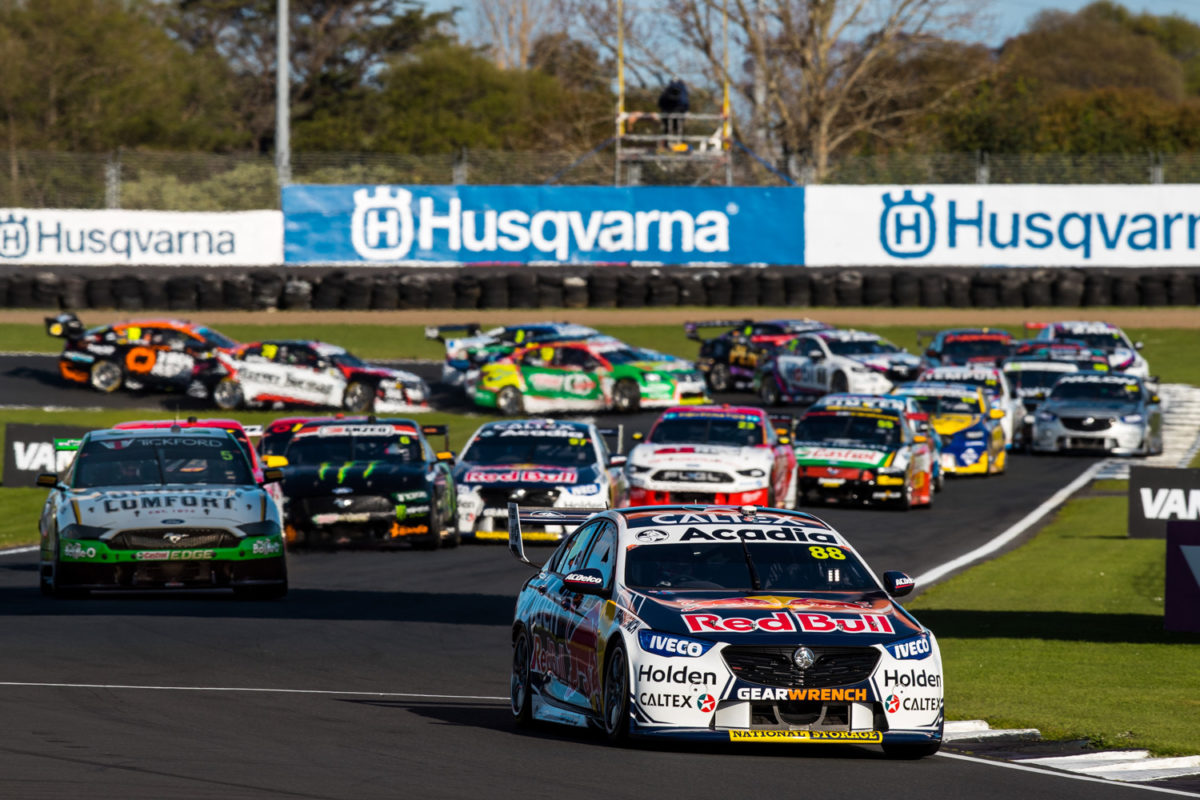 Triple Eight has hailed the aero changes made to the Holden, claiming the Supercheap Auto Bathurst 1000 would have been a ‘non-event’ for Commodore teams without them.

The factory Holden squad enjoyed a strong showing at the ITM Auckland SuperSprint with its ZB Commodores, featuring an extended undertray, a full length rear wing gurney flap, and the removal of the hatchback tail light fascia, bridging the gap to the Ford Mustangs.

While the Mustang, particularly in the hands of Tickford Racing, remained at the sharp end of the grid, Triple Eight claimed both Armor All Pole Positions courtesy of Shane van Gisbergen (Race 23) and Jamie Whincup (Race 24).

Van Gisbergen led a Triple Eight one-two in Saturday’s race only for Whincup to lose second spot following a 15-second post race penalty for contact with Nick Percat on lap 2. That allowed David Reynolds to take the final podium position in the Penrite Racing Holden.

Triple Eight is Holden’s homologation team and team manager Mark Dutton says the changes have clearly improved the cars with the upturn in fortunes arriving at a critical time as the Great Race (October 10-13) fast approaches.

“Without these changes, Bathurst, unfortunately for Holdens, would have been a non-event,” said Dutton, when asked how the cars would now perform at Mount Panorama.

“That was the level of importance of these changes to happen for the category.

“It’s a massive success that the category did them in time.”

Dutton says the performances shown by the Holden teams in New Zealand confirm that they have not forgotten how to set up a fast car, shutting down talk that the pace deficit was all down to understanding the linear spring.

“Definitely (we are bridging the gap to the Fords),” said Dutton.

“I mean, I think we saw the Fords are still up there, of course they are, they’re a very strong car. But I love that as soon as the gap was bridged, our team, and other Holdens, were showing that we haven’t forgotten how to go fast.

“All the talk all year has been everyone saying ‘geez, you can’t get your head around a single spring’, I think that puts a stop to that because we still don’t have as much downforce and look at the results of the weekend.

“So full credit to our team, and all the Holden teams, to show that we still know how to set up a Supercar even if we make other mistakes along the way.”

Triple Eight expects to unearth more from its new aero package when it undertakes a pre-Bathurst 1000 test day at Queensland Raceway later this month.

“We now have a test day before Bathurst, so that’s where we’ll be working really hard,” added Dutton.

“Usually your pre-Bathurst enduro test is all about changing brakes, co-drivers getting enough laps, just running through all that.

“You don’t usually spend it going as hardcore looking for speed.

“You’re always trying to, but not to the extent that we will be this time.

“It’ll be even busier than normal but that’s exciting, the fact that we know there’s more to come.”

The squad’s test day is slated for September 30.