Peroni ‘lucky to be walking’ after Monza crash

Peroni ‘lucky to be walking’ after Monza crash 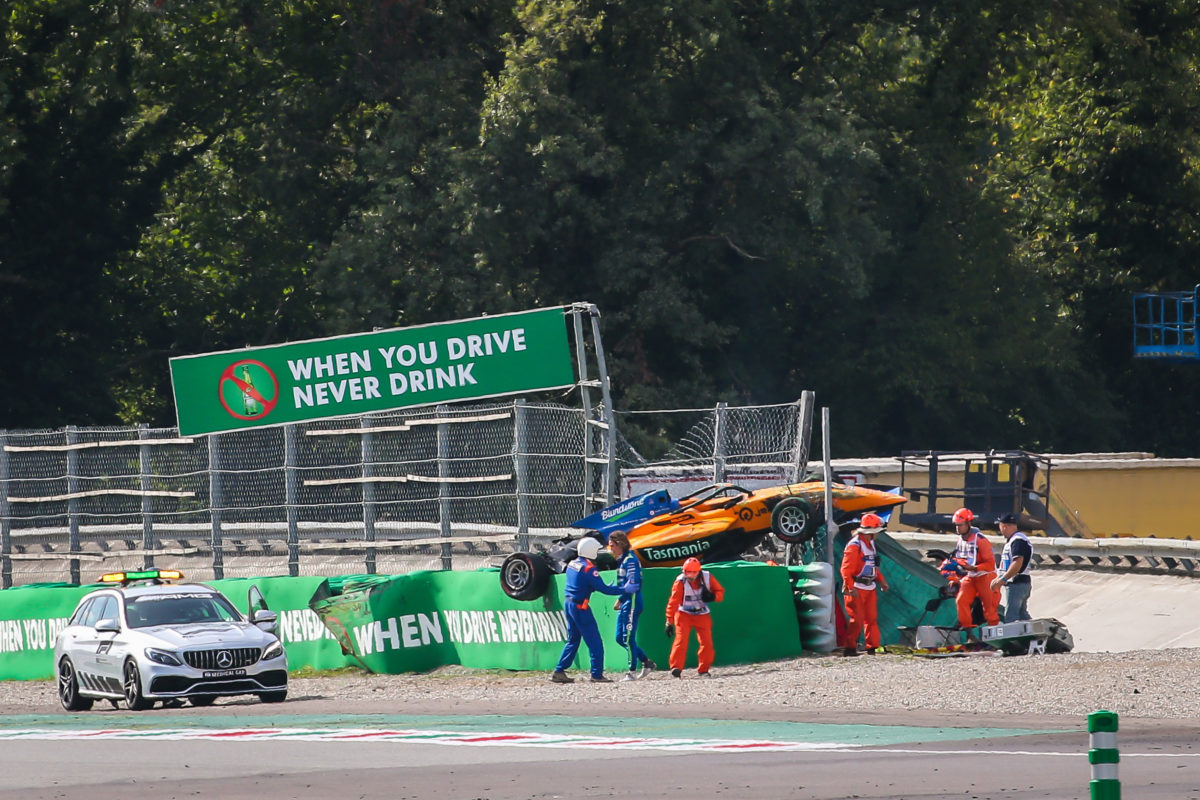 Alex Peroni says that he is “lucky to be walking” after his frightening FIA Formula 3 crash at Monza.

Peroni’s car leapt off a sausage kerb when he ran wide at the Parabolica during F3’s opening race of the Italian Grand Prix, after which his car landed upside down on a tyre barrier before coming to rest on its floor.

The 19-year-old was diagnosed with concussion and a fractured D6 vertebrae but has since returned home to Hobart after spending several days in the San Gerardo hospital.

Nevertheless, Peroni has no qualms about watching replays of the crash as he lost consciousness during it.

“I was knocked out during the crash so I don’t remember it and that’s why I guess I’m not that traumatised by (watching) it,” he said.

“I’m very lucky to be walking. I’m just excited to be in the car as soon as possible.

“I’m very happy to be home obviously. It’s a pretty bad way to end the season to have that crash, but I’m just looking as far ahead as I can.”

Peroni must wear a back brace for the rest of the month and is therefore unable to partake in the final round in Sochi on September 27-29.

The FIA is investigating the incident although there are no immediate plans to modify kerbing on Formula 1 tracks.