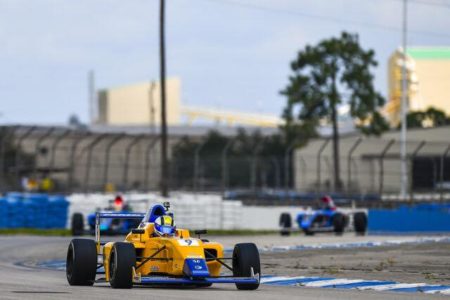 Australian youngster Joshua Car has won the Formula 4 United States Championship at Sebring with a podium and a victory in the weekend finale.

A front-runner across the three races, Car finished second to Jose Blanco after a tussle in the opening race.

The pair then battled it out again in the second race before Car fell to third during one of several Safety Car interruptions.

He was demoted by Christian Brooks, who went on to challenge and pass Blanco before going on to win the race, with Car slipping to fourth.

Car then won the final race of the weekend to confirm himself as champion, having bettered Brooks in an early battle before opening a lead out front.

He then survived two Safety Car scares to take the chequered flag and confirm himself champion with a round to spare.

“To win the championship with a round to go is absolutely amazing,” said Car.

“The team worked so hard and I’m super happy with this result.

“I’ve never felt so good in my life, so this is really amazing.” 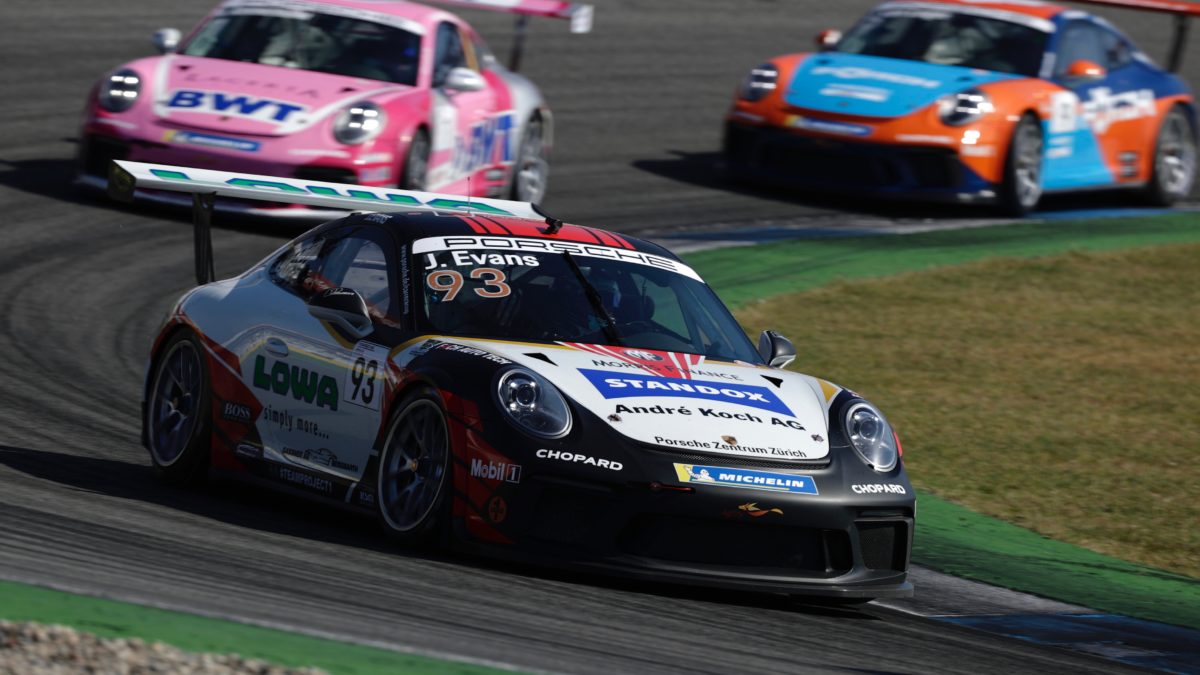 Jaxon Evans clinched Porsche Carrera Cup Deutschland’s rookie championship with a second placing in Race 2 of the penultimate round at the Hockenheimring.

The 2018 Porsche Carrera Cup Australia champion started the race from pole and while he lost out to eventual winner Julien Andlauer (Lechner Racing) at the start, stuck with him all the way in a race interrupted three times by Safety Cars.

Evans (Team Project 1 – JBR) finished sixth in Race 1, as Michael Ammermuller fought off team-mate Andlauer for victory, although the latter ended the weekend with a 27.5-point lead over the former.

Australian Joey Mawson (Team Cartech) was a DNF in the opening race and 23rd in the second.

The Sachsenring hosts the finale on September 27-29. 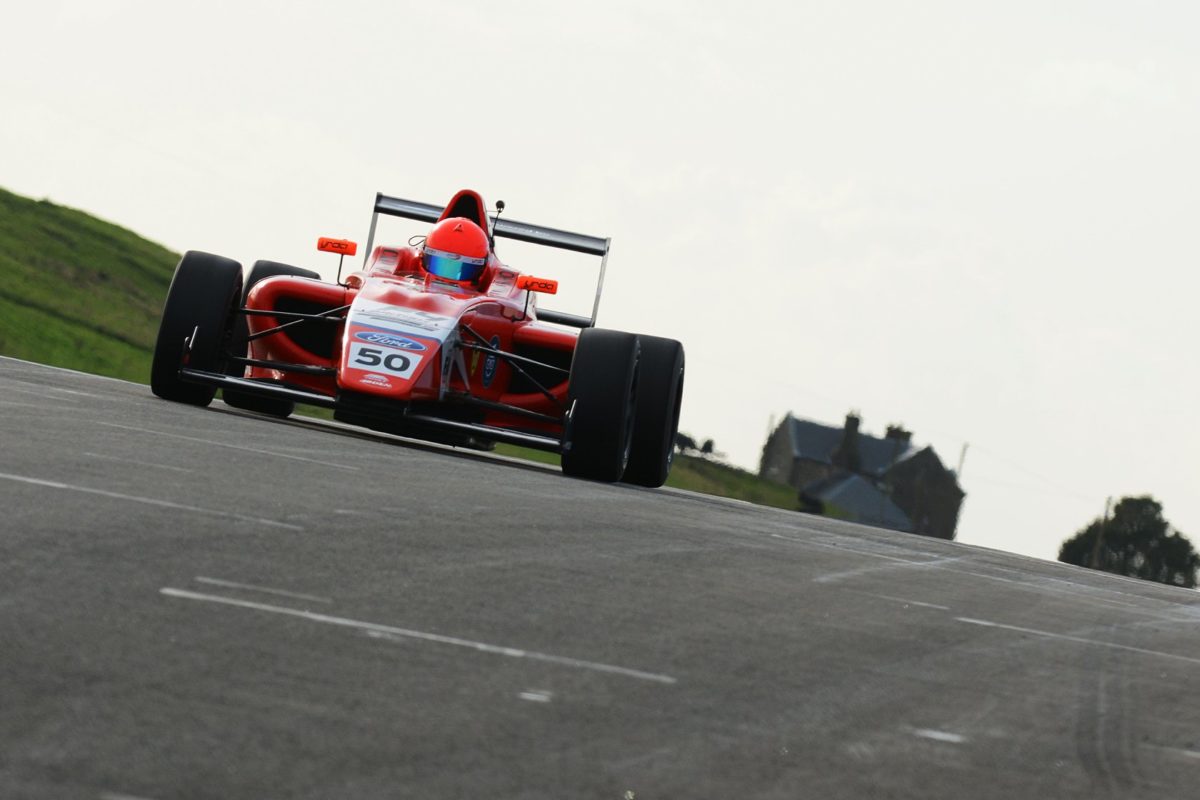 The Australian qualified fastest but a penalty carried over from the previous race in Thruxton meant he lined up just sixth for the weekend opener.

He then held sway in the race, taking the chequered flag in sixth, three seconds in arrears of winner Zane Maloney.

Ordinarily that would have seen Horsten on pole for the reverse grid Race 2, but with his Thruxton penalty continuing to carry over he took another five place demotion.

A jumpstart then saw him slapped with a 10-second time penalty which resulted in a classification of ninth having finished fifth on the road.

Carter Williams claimed the race which saw title leader Maloney pick up damage and struggle to the line in eighth.

In the final race of the weekend Horsten started second, courtesy of his second best lap in qualifying.

However, contact with Roberto Faria forced him into the pits, trailing home 43 seconds off the leaders.

There was also drama for Maloney who was not classified after a driveshaft failure scuppered his race, which was won by Louis Foster.

Two rounds of the British Formula 4 Championship remain, the next at Silverstone on September 28-29, with the top six in the points race still in with a shot of the title. 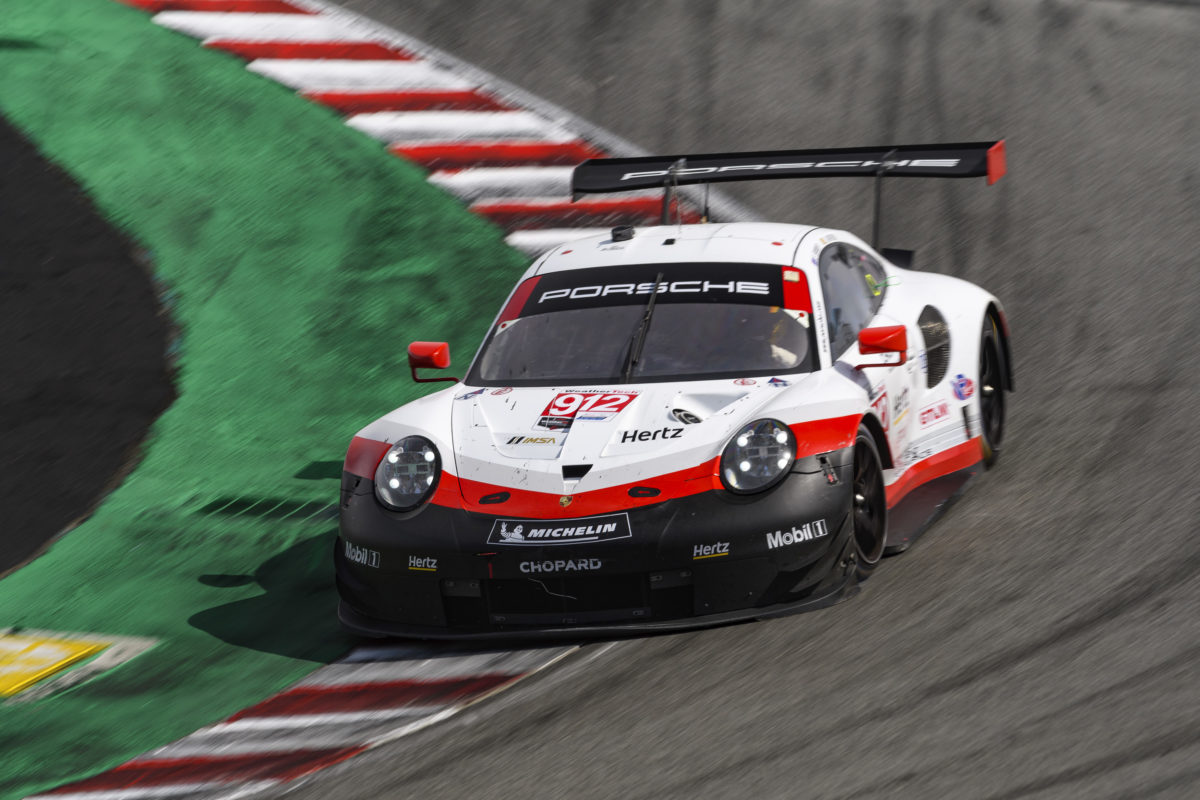 The Porsche of Earl Bamber and Laurens Vanthoor

Earl Bamber and Laurens Vanthoor have retained their lead in IMSA’s GT Le Mans standings despite a low-key run to seventh position in class at Laguna Seca.

They actually managed to extend their points lead by one given that their Porsche GT Team team-mates, Patrick Pilet and Nick Tandy, finished eighth.

Ryan Briscoe and Richard Westbrook (Ford Chip Ganassi Racing) took the chequered flag in sixth position in GTLM, after the former had a spin in the first quarter of the 160-minute affair. 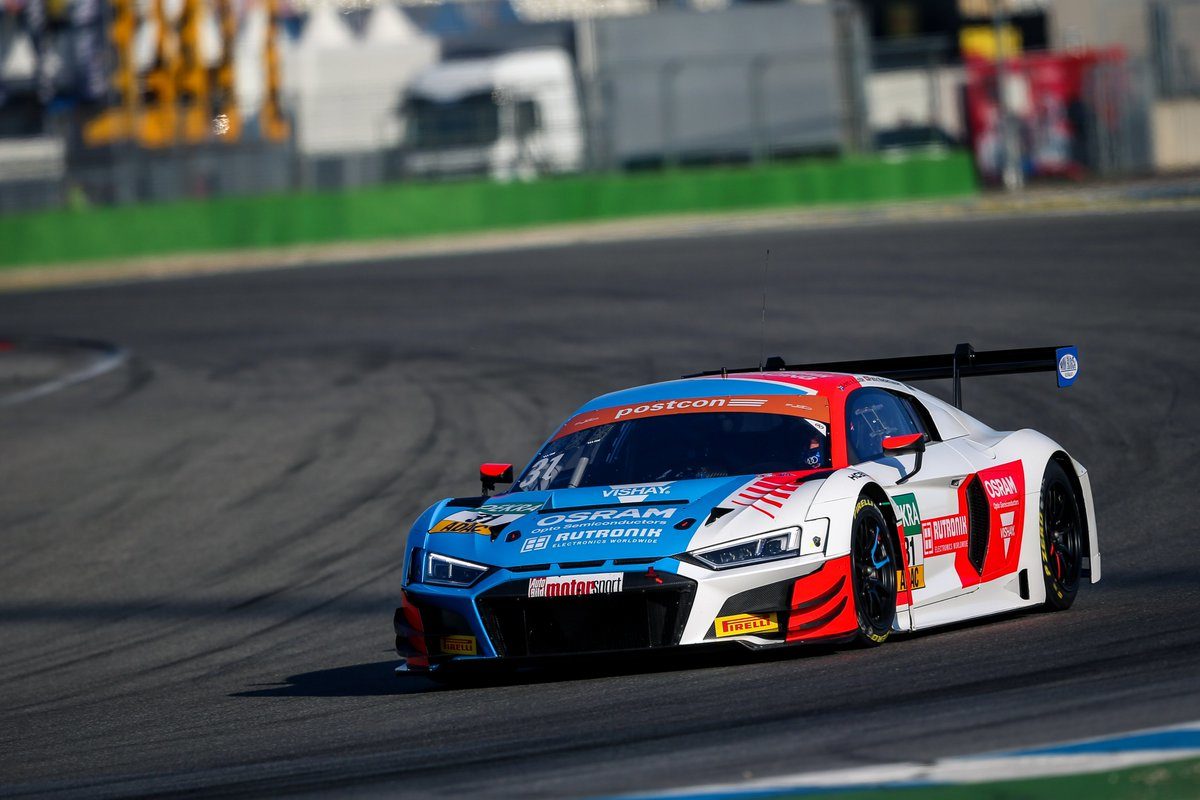 Kelvin van der Linde and Patric Niederhauser secured the ADAC GT Masters drivers’ championship with a round to spare at Hockenheim.

They did so with a lights-to-flag victory in Race 2 in their Audi R8 LMS, as Australian Aidan Read and Marvin Dienst (Mercedes-AMG GT3) finished that encounter in 11th from 18th on the grid.

In Race 1, they finished a lap down in 23rd having started ninth.

The series visits the Sachsenring for the final round on September 27-29. 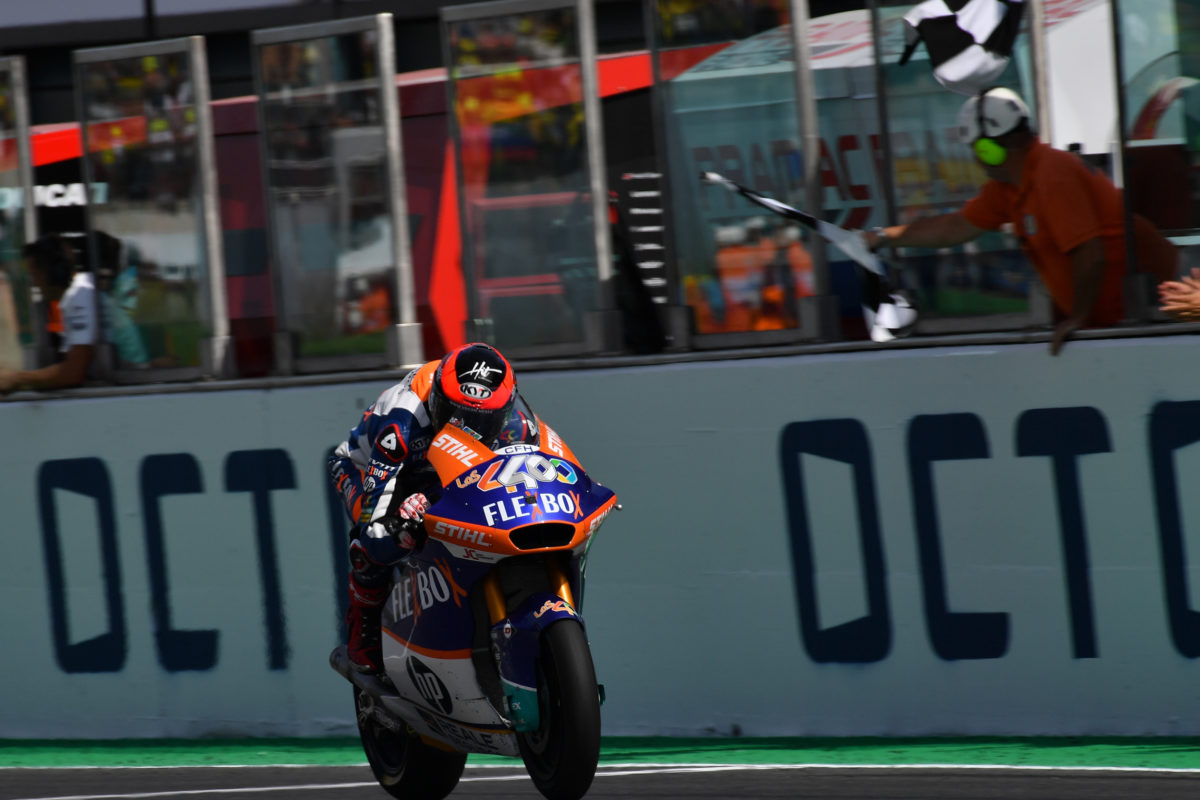 Augusto Fernandez has picked up a second straight Moto2 race win with a bold last lap pass of Fabio Di Giannantonio at Misano.

Fernandez (Flexbox HP40 Kalex) and Di Giannantonio (+Ego Speed Up) were engaged in close combat for the bulk of the race, which came to a head when the former dived in at the Carro hairpin (Turn 14) on Lap 25 of 25.

The Spaniard’s move, which saw the pair make contact, was investigated but cleared by Race Direction.

Marquez (EG 0,0 Marc VDS Kalex) dropped from second on the grid to sixth when the lights went out, got back as high as second position, and ultimately finished just over a second back from the top two.

His championship lead is now 26 points, over Fernandez, while Remy Gardner (ONEXOX TKKR SAG Team Kalex) crashed out from fifth position on Lap 8.

In MotoE’s double-header round, Gresini’s Matteo Ferrari won both races and leads the championship, thanks also due to previous winners Niki Tuuli (Ajo) and Mike Di Meglio (Marc VDS) having a technical failure and crash respectively in Race 1.

Australian Josh Hook (Pramac) finished in the points on both days, with a 10th and a 12th.

Moto2 and Moto3 are back in action this coming weekend (September 20-22) at Aragon. 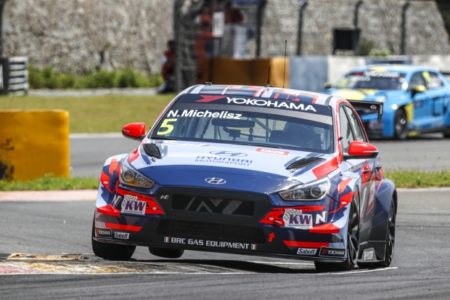 Norbert Michelisz has taken over the World TCR series lead after a race win bookended by two for Yvan Muller at China’s Ningbo International Circuit.

Michelisz took fourth in the opener and prevailed in dramatic circumstances in Race 2, shunting Andy Priaulx (Lynk & Co) when the then-leader picked up a puncture before being allowed into top spot by Hyundai N Squadra Corse team-mate Gabriele Tarquini.

Pre-event series leader Esteban Guerrieri (Honda) ended up in the barriers as a result of a Lap 1 incident and neither he nor Michelisz finished the final race due to separate opening lap crashes.

Muller (Lynk & Co) won Race 1 from pole position despite pressure from Ma Qinghua (Alfa Romeo) throughout the 13 laps, and also led all the way in Race 3.

Michelisz’ advantage over in the standings over Guerrieri is 16 points ahead of Round 8 at Suzuka on October 26-27. 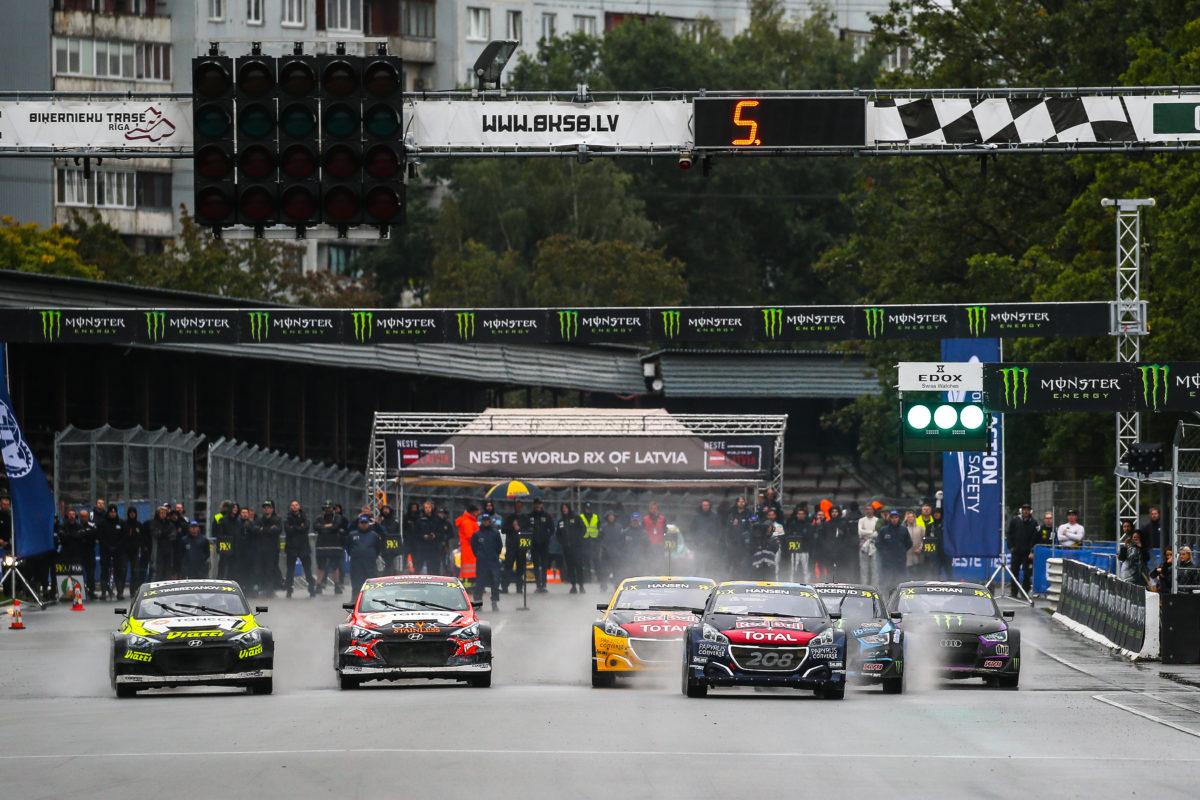 The final in Latvia

Timmy Hansen has regained the lead of the World Rallycross Championship at the penultimate round in Latvia.

Hansen was only 15th overall after Q1 finishing 15th before claiming strong victories in Q3 his semi final, putting him in second position for the start of the final.

The Swede then propelled his Peugeot 208 into the lead ahead of pole-sitter and championship rival Andreas Bakkerud (Audi S1) at the opening corner, before going on to take his second successive round win.

Niclas Gronholm (Hyundai i20) split the championship contenders by finishing the final in second, ahead of Bakkerud, Kevin Hansen (Peugeot 208), Timur Timerzyanov (i20) and Liam Doran (Audi S1).

The championship arrives in Cape Town for the title decider on November 9-10.