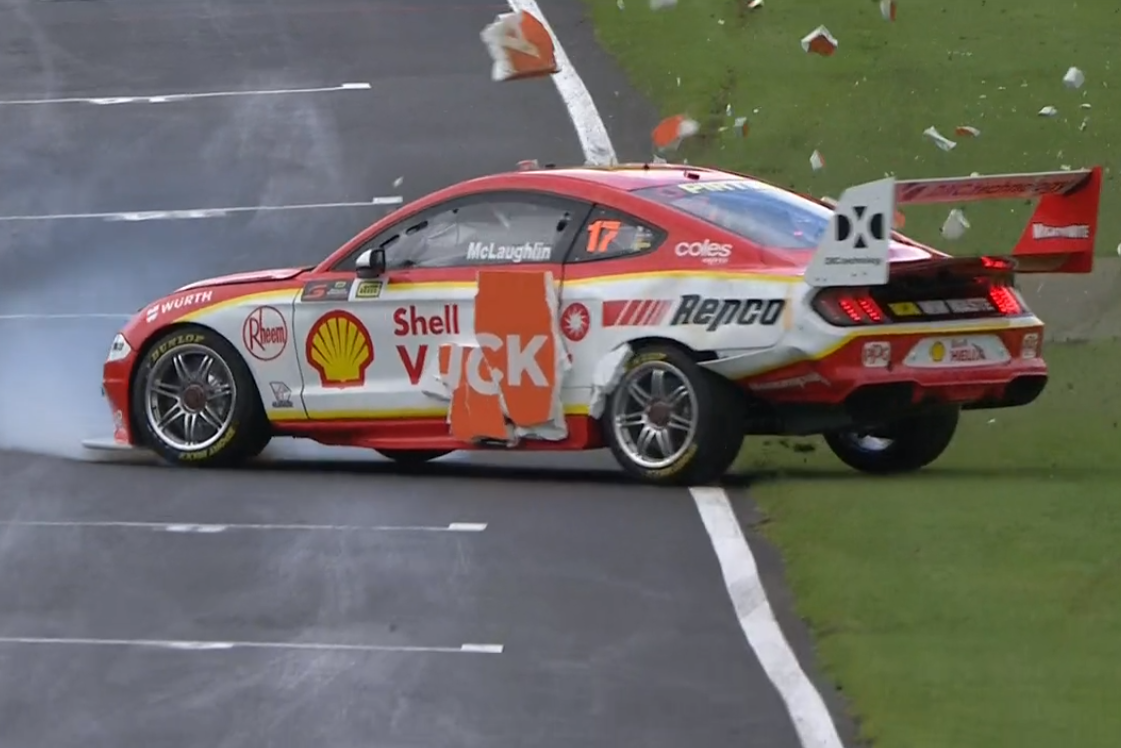 McLaughlin got through to the Top 10 Shootout that will finalise the starting grid for this afternoon’s conclusion to the ITM Auckland SuperSprint, which Penrite Racing’s David Reynolds will start from 22nd position after he nosed into a tyre wall and could not extricate himself.

Whincup clocked a fastest lap of 1:01.5620s in the #88 Red Bull HRT ZB Commodore while Will Davison (#23 Milwaukee Mustang), Chaz Mostert (#55 Supercheap Auto Mustang), and Shane van Gisbergen (#97 Triple Eight ZB Commodore) all finished the session within a tenth of a second of the benchmark. It was Whincup whose name was on the top of the timing screen at the end of each run, initially with a 1:01.9581s compared to McLaughlin’s 1:02.0010s when the circuit went quiet for the first time.

By the time the second runs had ended, Whincup was a whisker away from team-mate van Gisbergen’s day-old practice/qualifying record of 1:01.5480s, van Gisbergen himself was 0.0973s slower than Whincup, and McLaughlin was another 0.0821s back.

Mostert moved himself to second position just before a red flag was called when Reynolds made a mess of the run through Turns 2 and 3 and put the #9 ZB Commodore into the tyre wall, where he became stuck in the kitty litter.

Whincup left his cue in the rack when the session resumed, and it looked like Mostert, van Gisbergen, and McLaughlin were also going to wait on the sidelines with a Shootout to come.

However, the latter three ultimately chose to go again, as Davison consolidated his spot in the top 10 when he jumped from sixth to second with a 1:01.5909s.

In the final minute, McLaughlin understeered wide at the final corner and spun on grass which was wet from rain earlier in the morning.

On full lock, he managed to keep the #17 Shell V-Power Mustang off the concrete walls, escaping with what appeared to be only minor damage to the rear bar as he cleaned up a foam advertising sign.

“It was more arse than class,” said McLaughlin of the save.

“I needed to find a tenth and a half there so I just released the brake and got on the gas and just went too wide.

The championship leader ended up sixth due to a late improvement from Lee Holdsworth (#5 The Bottle-O Mustang), while his team-mate Fabian Coulthard was eighth in the #12 Mustang. 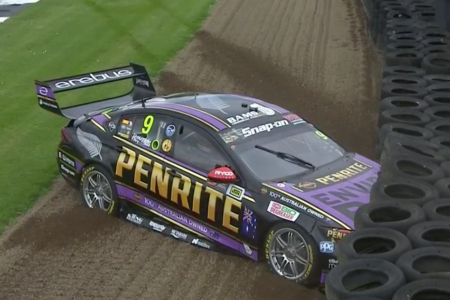 Both Erebus Motorsport entries missed the top 10 with Anton De Pasquale 14th in the #99 ZB Commodore.

Reynolds, who was 15th at the time of his crash and 20th once his best time had been taken away, said of his mishap: “Obviously I ran out of luck, or talent.

“I’m not sure, but I had a lot of luck yesterday, had to run out at some point.

“Maybe had too little temperature in that right-front so as soon as I tipped it in I knew I was in a bit of shit. I just feel terrible for the crew.”

Results: Armor All Qualifying for Race 24