McLaughlin: We’re on the back foot

McLaughlin: We’re on the back foot 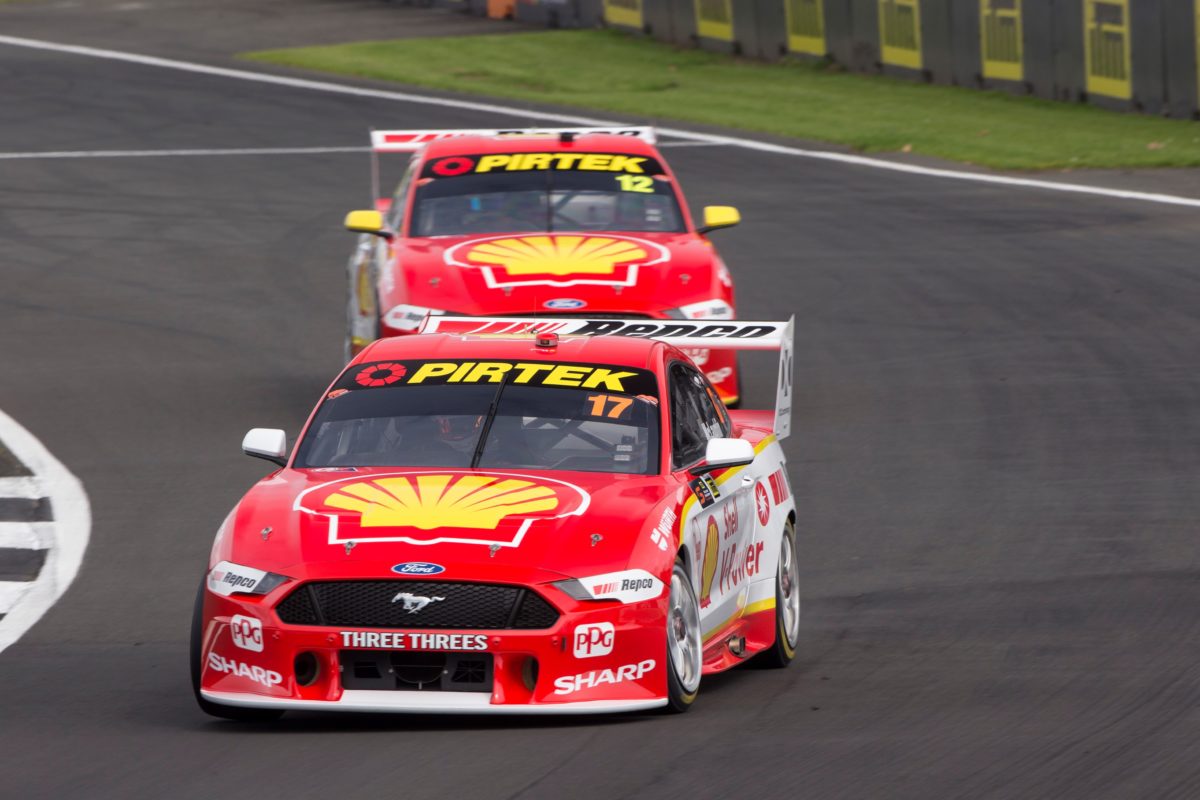 Scott McLaughlin admits his team is on the back foot this weekend but is confident of a better showing against the improved Holdens for the conclusion of the ITM Auckland SuperSprint.

Shell V-Power Racing and the series’ runaway championship leader have so far been unable to replicate the searing pace shown throughout the season at Pukekohe.

The team has found itself behind fellow Ford squad Tickford Racing and Triple Eight with the latter showing improved pace from its tweaked Holden ZB Commodore aero package.

The reigning champion admits the Holden teams have found gains which will require his team to knuckle down to close the gap today.

“We’ve had a really good run, and they (Triple Eight) were always going to come back for sure. Ironic it’s happened now, but it is what it is. They’re doing a great job,” McLaughlin told Speedcafe.com.

“From our point of view we’ve just got to knuckle down, absolutely.

“We definitely probably are on the back foot this weekend and hence the results today (Saturday), but from my point of view we definitely can be better.

“I think with the adjustments on the Holden there’s a few more happy faces down the end there.

“They know what they’ve found, hence why it (the changes) never went to the commission.

“That’s whatever. I’m sure Supercars got it right.

“Shane’s lap (in qualifying), it was a great lap by him. They were definitely fast in the race.

“I think we’ve got the chance to probably be there or thereabouts and we’ve just got to put the head down like we did last year.”

McLaughlin’s home round has not been plain sailing having suffered from a sickness bug in the lead-up before losing the majority of Friday’s opening practice due to an engine issue.

The Kiwi says he is feeling better and the illness has not played a part in his performances this weekend.

“I’m a lot better. So yesterday (Friday) I had a few dramas, like Thursday night woke up 1:30 (in the morning) and I was just vomiting,” he added.

“I was vomiting basically for 24 hours then I came good, basically, towards the end of yesterday arvo. It wasn’t a very good day for me yesterday.

“I think sickness wise, no, not at all (did it affect us), but I think definitely the engine thing did hurt us a little bit.

“We lost a session there, basically.

“It is frustrating to lose that but today was solid points again and we extended the gap anyway.

The ITM Auckland SuperSprint continues today with Armor All Qualifying for Race 24 at 1120 local/0920 AEST.