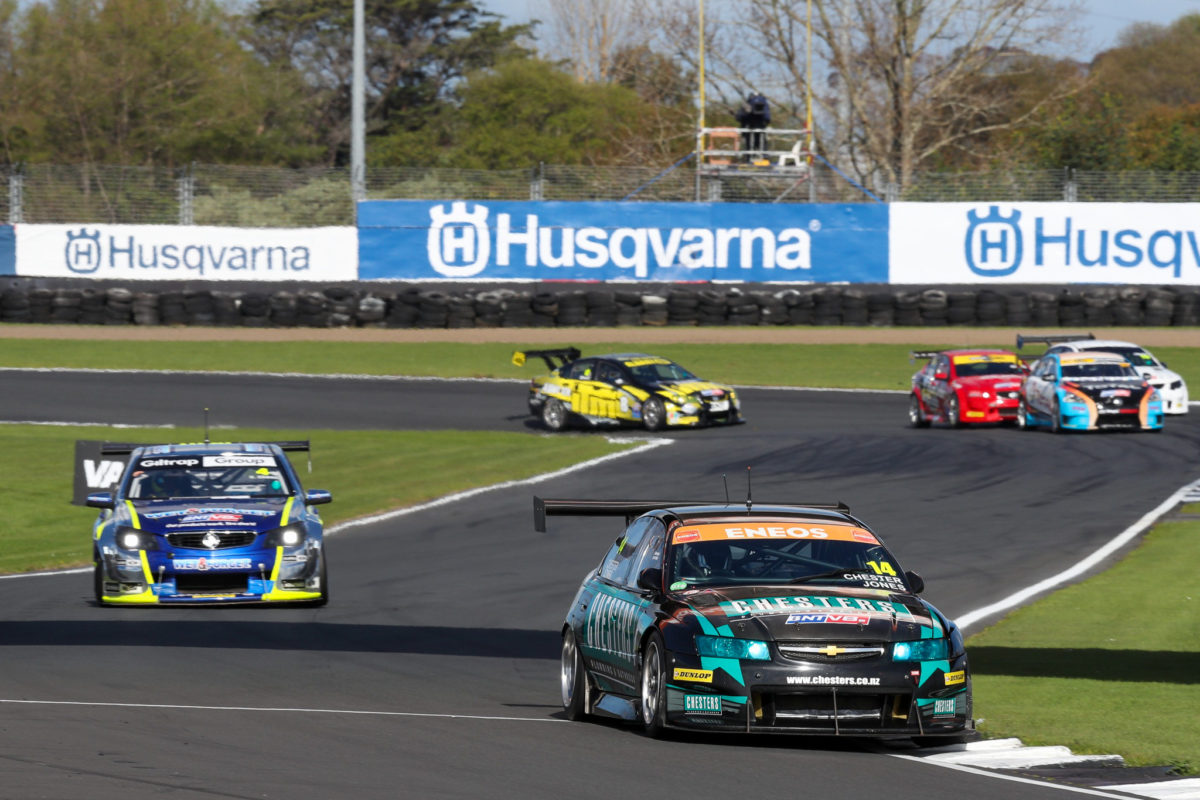 Nick Chester has gone three wins from three in the non-championship BNT V8s round at the ITM Auckland SuperSprint.

On each occasion, Chester had to stave off Simon Evans to do so, although in different circumstances across the final two races of the weekend.

Race 2 was run in changeable conditions with intermittent, patchy showers over Pukekohe Park Raceway, and while Chester went onto the track on wets, Evans had to make a quick change a catch the field on the formation lap.

When Chester ran wide at Turn 5 on the 16th and final lap, Evans was able to pull alongside but he could not beat Car #14 off the Hairpin and took the chequered flag 0.183s behind.

Race 3 was more conventional, save for the standing start instead of the rolling starts in the preceding races.

Under sunny skies, Chester and Evans gapped the field even quicker than they had done in Saturday’s opener due to a battle for third behind them.

As was also the case in Race 1, Evans could stick with Chester but did not have the grunt to get past.

His best chance came on the final lap when he got on the outside of Chester at Turn 5, only to be blocked at Turn 6 then have to thread his way between lapped traffic on the short run to the Hairpin.

Chester won by 0.781s in the end, with Paul Radisich third despite an apparent recurrence at the start of the limp mode issues which affected his NASCAR-engined Mustang during the weekend.

The 2019/20 season proper gets underway back at Pukekohe on November 29-December 1.