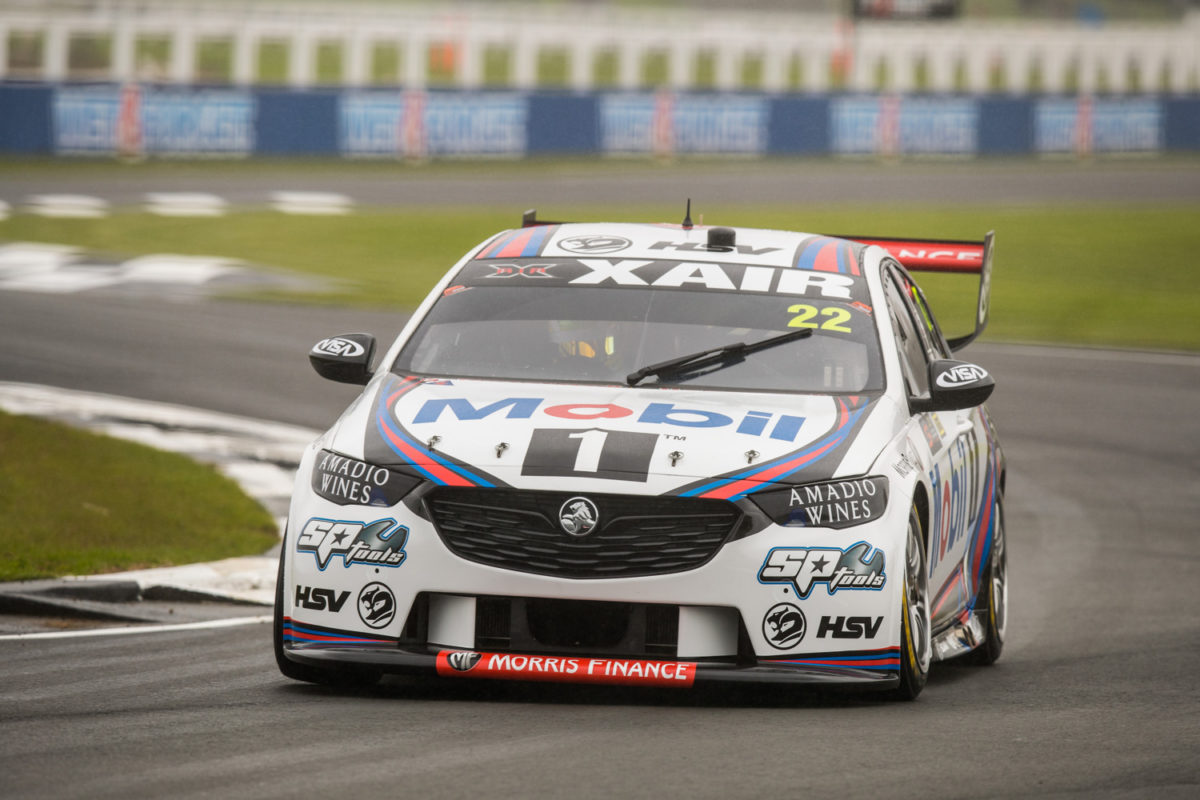 Walkinshaw Andretti United is yet to reveal its plans for 2020

Mega Limited held a multi-year deal with the Holden squad before it was terminated last week after the fuel firm was placed into receivership.

Walkinshaw is now working to find new partners for the remainder of this season and for 2020 with Mobil 1 stepping up its commitment for this weekend’s ITM Auckland SuperSprint.

The search for backers arrives with former Holden factory team in the midst of a likely major shake-up for 2020 with Chaz Mostert widely expected to join from Tickford Racing next year.

It may even field a completely new look line-up with James Courtney confirming his exit, while out of contract team-mate Scott Pye is currently involved in negotiations to stay at WAU and weighing up offers from rival teams.

Walkinshaw remains tight-lipped on his 2020 driver line-up, but insists Mega’s departure has not forced any changes to his plans.

It had been thought that Mega’s departure could play a role in the prospective Mostert move.

“No it’s not changed our driver plans for next year whatsoever,” said Walkinshaw.

“We will make announcements when we make an announcement,” he replied when quizzed about a future tie-up with Mostert.

Meanwhile, Speedcafe.com understands a clause in Mostert’s current contract at Tickford presents the Ford team with an option to retain the driver if placed in the top three in the championship standings in August.

As it stands, the 2014 Supercheap Auto Bathurst 1000 winner is sitting second in the championship courtesy of two podium finishes at The Bend Motorsport Park last month.

While the clause exists in the contract, agreements can be struck between parties to override this should a driver wish to move on.

Walkinshaw remains guarded about the timeline for the rollout of the team’s 2020 plans.

“Our internal deadline is not something we’re going to go and say to you guys,” he said.

“We’ll be making announcements in the coming months, and when we do we’re very confident that our fans and partners and even maybe you guys (media) might be quite excited about it.”

The long-time team owner was able to confirm that discussions are ongoing with Pye for the second seat.

“Scott’s someone we’re talking to. We haven’t made a call on that seat. I’m not going to go into any details,” he added.

Adding to the intrigue surrounding its 2020 plans is the suggestion the outfit could field an international driver next season given its connections to Europe and the United States via its co-owners McLaren boss Zak Brown and Andretti Autosport supremo Michael Andretti.

It is already fielding a wildcard for IndyCar stars Alexander Rossi and James Hinchcliffe at this year’s Supercheap Auto Bathurst 1000 in October.

“We see ourselves as a global team and we market ourselves locally and globally and that opens up the doors with Zak in Europe and Michael in the US for opportunities,” said Walkinshaw, when asked about being linked to international drivers.

While securing the team’s driver line-up for next year is high on the agenda, a search new investors for the remainder of this season and 2020 is a key area of focus for WAU management.