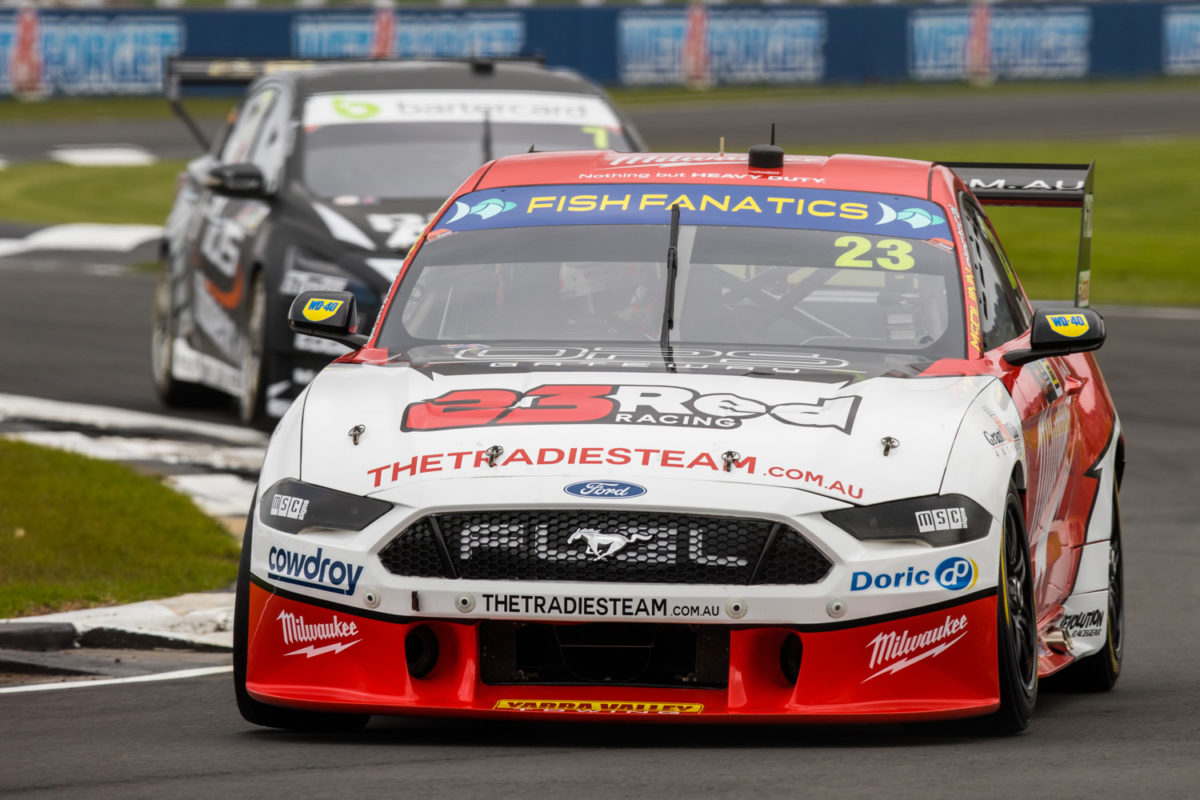 Tickford Racing is somewhat confident that there will be no repeat of its recent spate of airbox problems which cost Will Davison a possible victory last time out.

Davison lost the effective lead of Race 22 at The Bend to Scott McLaughlin when his Milwaukee Mustang dived twice due to an airbox fire as it trundled down pit lane.

Similar problems befell the Tickford Mustangs an event earlier at Queensland Raceway, and also Thomas Randle when he surrendered a winning position in the team’s FGX Falcon in the second Super2 race of that weekend.

Davison, who was fastest in Practice 1 for this weekend’s ITM Auckland SuperSprint and within two tenths of record pace-setting stablemate Lee Holdsworth in third position in Practice 2, is cautiously optimistic that the problem has been solved.

“The team’s actually been working tirelessly on trying to obviously get on top of that for all of us guys; definitely implemented some things here,” said Davison.

“Touch wood it’s certainly much, much cleaner in the pit lane, so confident we’re on top of that, but never say never.”

The 23Red Racing-entered driver confirmed that there had been no signs of airbox problems during the day’s two half-hour sessions at Pukekohe Park Raceway.

“Absolutely not,” he said.

“It’s a big priority for us and it’s quite significantly different, the way we’ve tuned it to the pit lane and even just how clean it is down the pit lane.

“Obviously they pop and bang a lot which cause a lot of these issues, so definitely feels really clean.

“Us drivers are going to have to be pretty careful the way we manage it with our throttle position and things like that, but I think with two or three measures in place I can’t see that it will happen again.”

Team principal Tim Edwards had a similar view, although he too would not definitively state that the issue has been put behind them just yet.

“We’ve been chipping away in the background but the problem we’ve had is that until we get to a race track, we can’t actually try all those theories that you dream up in the period between races,” Edwards told Speedcafe.com.

“They think they’re on top of it but time will tell.”