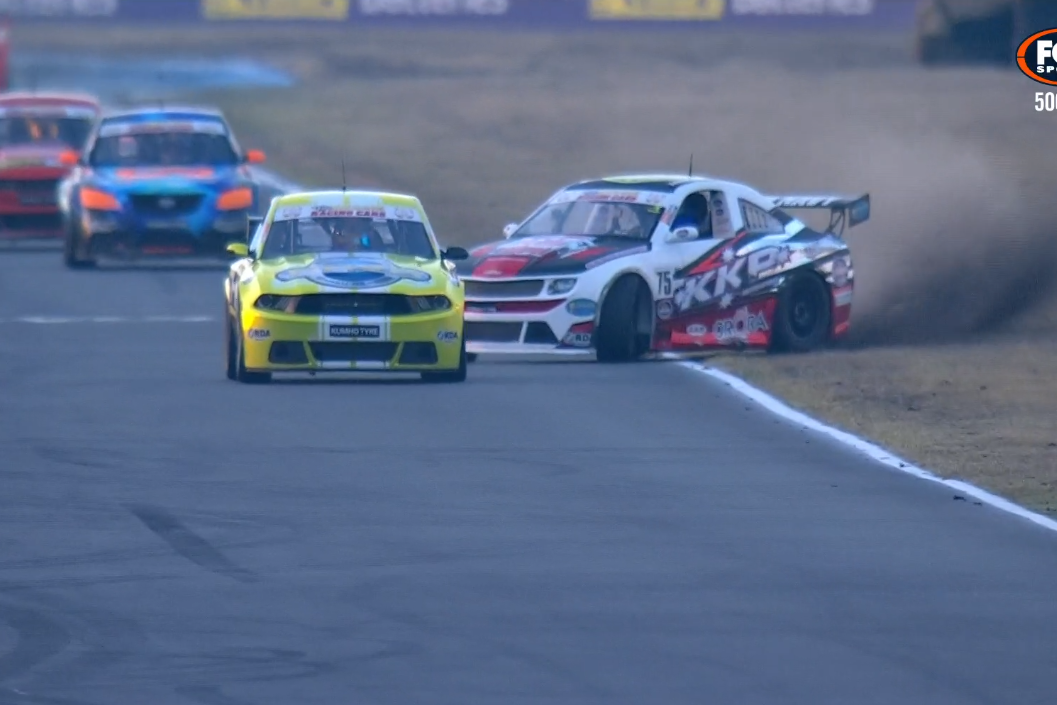 Justin Ruggier has been reinstated as the winner of an Aussie Racing Cars thriller at Queensland Raceway in July after his post-race penalty was overturned, CAMS has confirmed.

Ruggier and Kel Treseder banged together through the final corner and on the drag along Dick Johnson Straight to the chequered flag, which caused the latter to spray into the circuit’s infield.

Treseder was nevertheless provisionally classified in second position having already crossed the finish line 0.1187s behind Ruggier, before both were penalised.

Ruggier copped 30 seconds for his driving in the dramatic finish, while Treseder had 10 seconds added for contact with Ruggier earlier in the race.

However, both sought to appeal the matter and an investigatory tribunal hearing was convened at the following round at The Bend Motorsport Park.

While the final outcome remained undecided at the time of that meeting, on the day prior to the start of track activity in South Australia, CAMS has now confirmed that both penalties have been overturned.

“CAMS can confirm the penalties were overturned on appeal by a CAMS tribunal,” a CAMS spokesperson told Speedcafe.com.

The unusual circumstances arose due to the fact that the race in question, Race 4 of Round 4 of Aussie Racing Cars, was the last session on the program at the Ipswich SuperSprint.

As such, it was difficult to advise competitors of the original penalty decisions due to pack-up and departure from Queensland Raceway, and a later hearing was held due to the extenuating circumstances.

Their reinstatement in first and second position in that race means that they have been restored to the same positions in the round results.

Ruggier’s series lead is therefore even greater than it otherwise was, and Treseder consolidates his hold on second position in the standings.