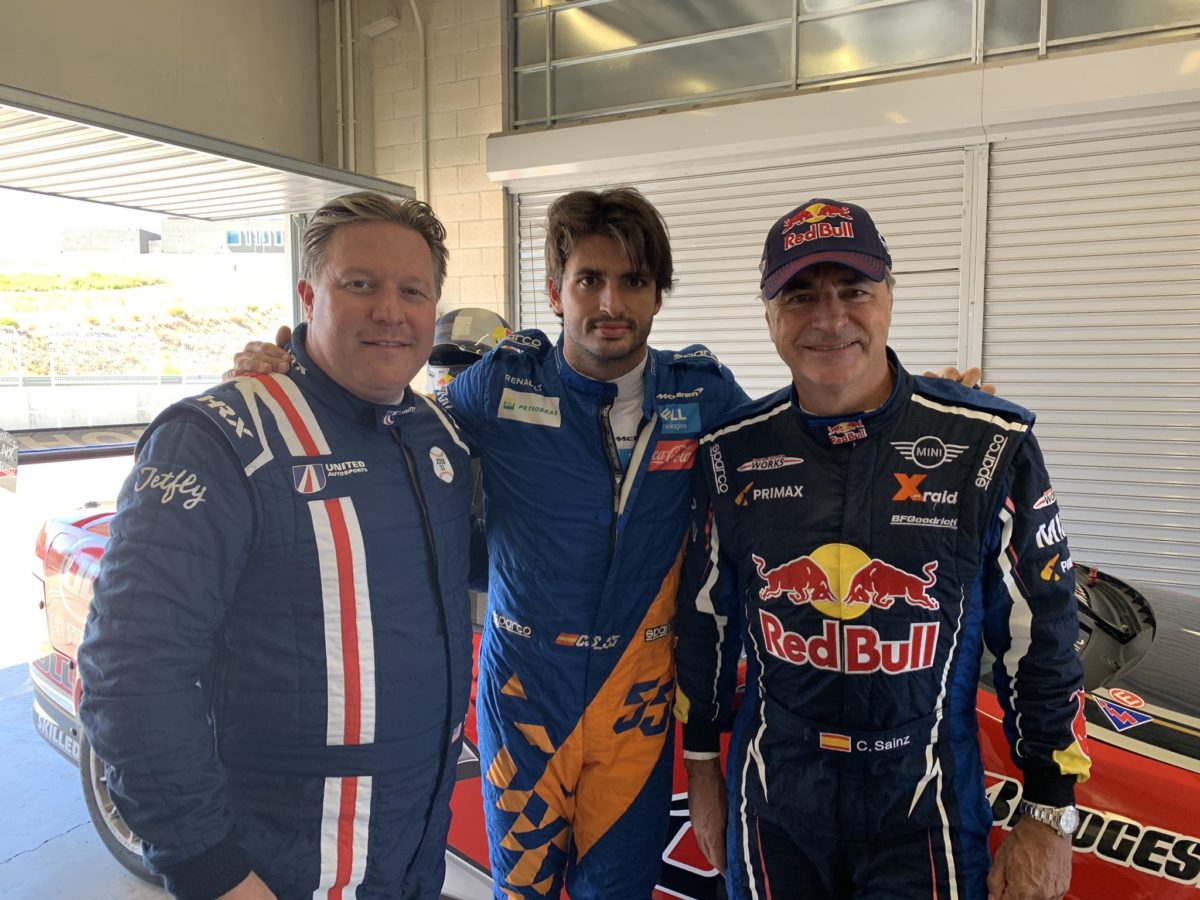 The duo jumped behind the wheel of the 2011 Great Race winner during a special track day at the Navarra circuit in Spain on Thursday.

The car is one of many special vehicles in a collection owned by Brown, who acquired the Holden prior to buying a stake in the Walkinshaw team.

Sainz becomes the first F1 driver to pilot the car after former McLaren star and two-time F1 world champion Fernando Alonso came close to driving the car at Aragon before it unfortunately ran out of fuel.