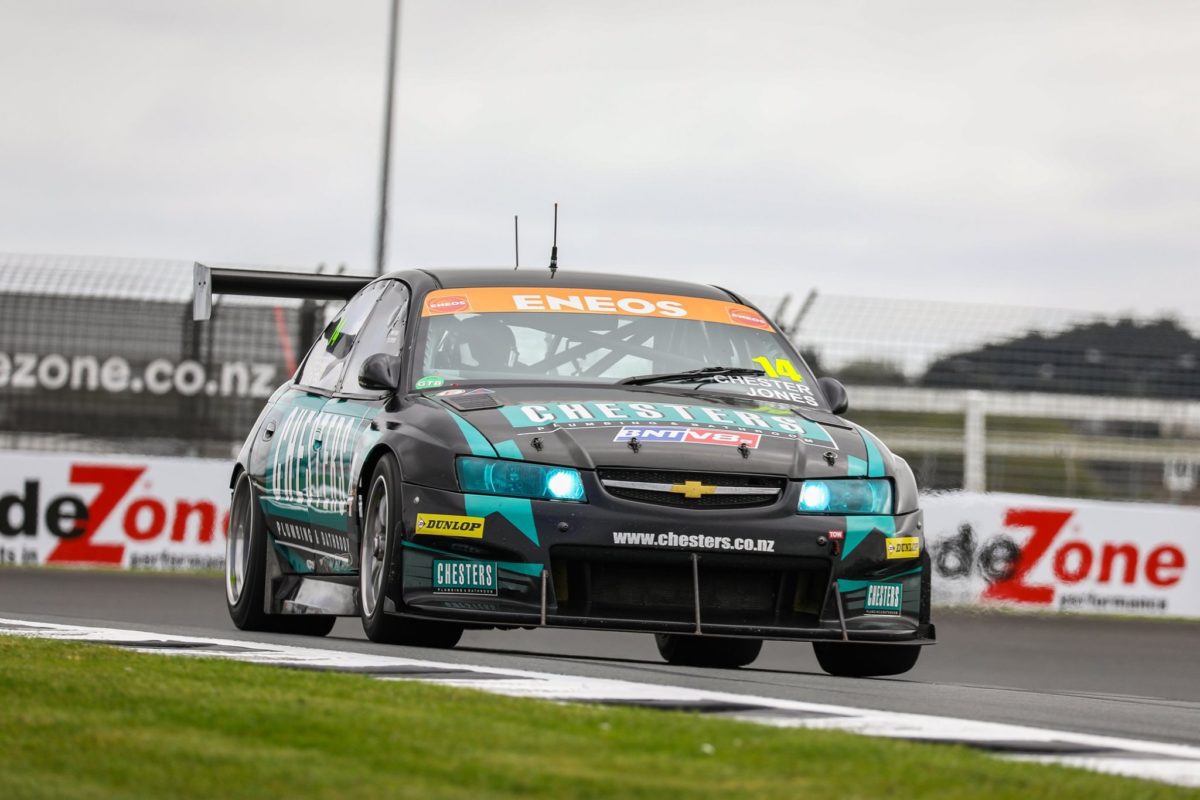 Nick Chester has edged Simon Evans to pole for BNT V8s’ non-championship round at Pukekohe with a faster lap than the Supercars field could manage.

With no points on offer for this weekend’s three races and any class restrictions therefore lifted, Chester lapped Pukekohe Park Raceway in a fastest time of 1:01.320s in his Holden Commodore Supercar.

That effort, which came in the second-last minute of the 20-minute session, was 0.024s faster than former BNT V8s champion Simon Evans had gone in his modified, 750hp Commodore SuperTourer at the start of his second run.

Both were quicker than the new Supercars Championship practice record of 1:01.628s which Lee Holdsworth set in the following session of the day in a Tickford Racing Ford Mustang.

Paul Radisich, in a 900hp NASCAR-engined Mustang, won a battle for third which was ultimately exactly as tight as that for first.

The former Dick Johnson Racing V8 Supercars driver and World Touring Car Cup winner clocked a 1:03.480s with the chequered flag out, which put him back ahead of Tim Edgell (Holden Commodore) by 0.024s.

The first of the BNT V8s regulars, Lance Hughes, was fifth in a Holden Commodore which has also had its power output upped beyond the norm, to 630hp.

Another championship stalwart, Nick Ross, only completed one timed lap due to a broken input shaft in the Concept Motorsport Altima TLX and ended up last of the 13 cars which took to the track.